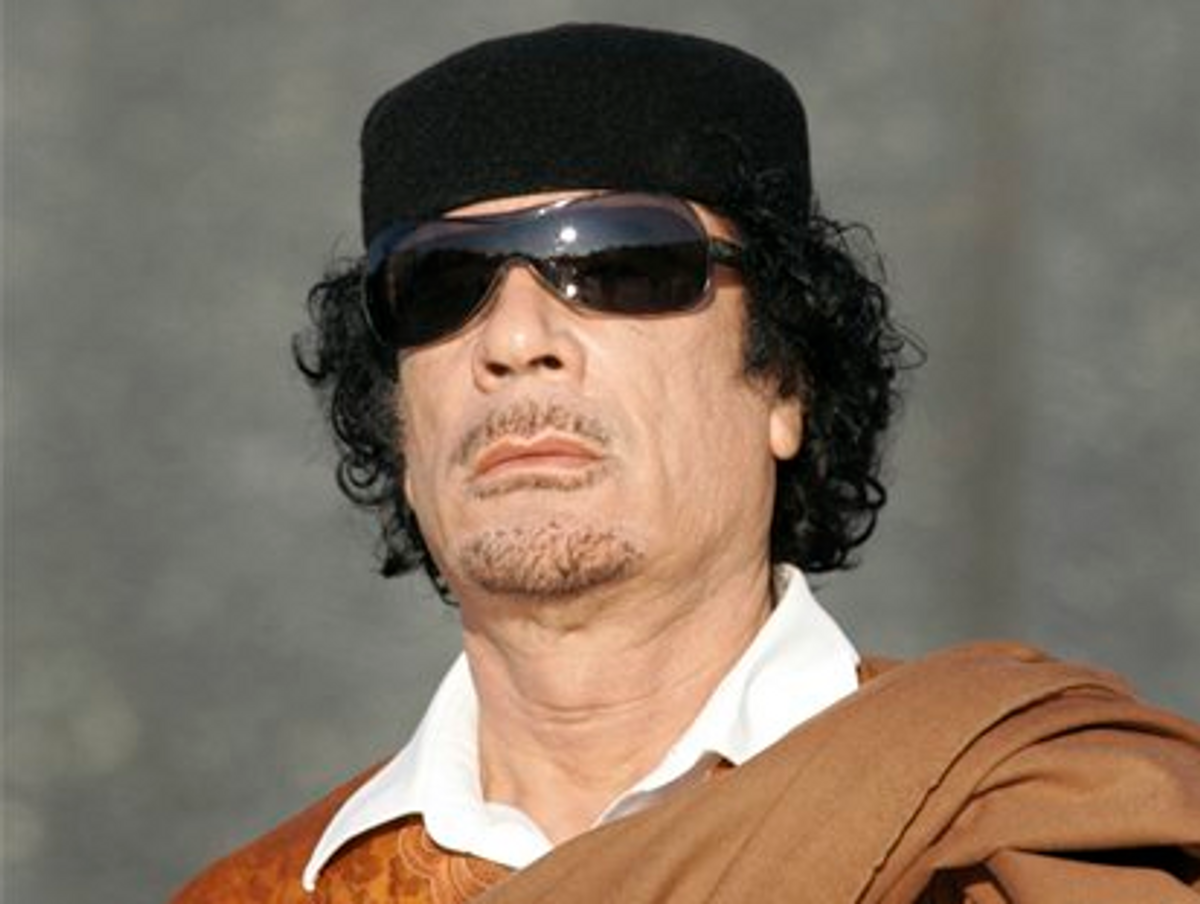 Moustaf said Gadhafi had been shot in the head and close to the heart on the outskirts of the western roundabout of Sirte, where he was hiding in a hole surrounded by bodyguards. Moustaf claimed to have been in the ambulance with Gadhafi when he died. The BBC, who spoke to another Libyan rebel, also reported that Gadhafi had been hiding in a hole. The BBC also reported that Gadhafi yelled, "Don't shoot," before he was killed.

Other rebel fighters said that Gadhafi's body, along with dozens of loyalist prisoners, was being taken to Misrata.

Motassim Gadhafi, the fifth son of Gadhafi and a Libyan Army officer who is believed to have been directing the final stand in Sirte, was also confirmed dead. His body was seen at a local field hospital.

"A new Libya is born today," Mahmoud Shammam, the chief spokesman of the Transitional National Council, said Thursday as reported by The New York Times. "This is the day of real liberation. We were serious about giving him a fair trial. It seems God has some other wish."

A rebel military official in Tripoli later confirmed to Al Jazeera that the rebels had captured and killed Gadhafi but did not release further details about his death. The U.S. State Department has yet to confirm Gadhafi's death.

Libyan rebels first took arms in February after a popular protest movement gripped the eastern part of the country. The conflict was largely a stalemate until NATO forces began flying sorties over the country in late March. Although the capital of Tripoli fell last month, loyalist soldiers holed up in Sirte, Gadhafi's hometown, had been making a last stand for several weeks until Thursday morning, when rebel forces finally gained control of the entire city.