Has NBC's "Prime Suspect" become as good as the U.K. series?

The American version of the hit British show might be solid network drama, but it isn't especially brave TV 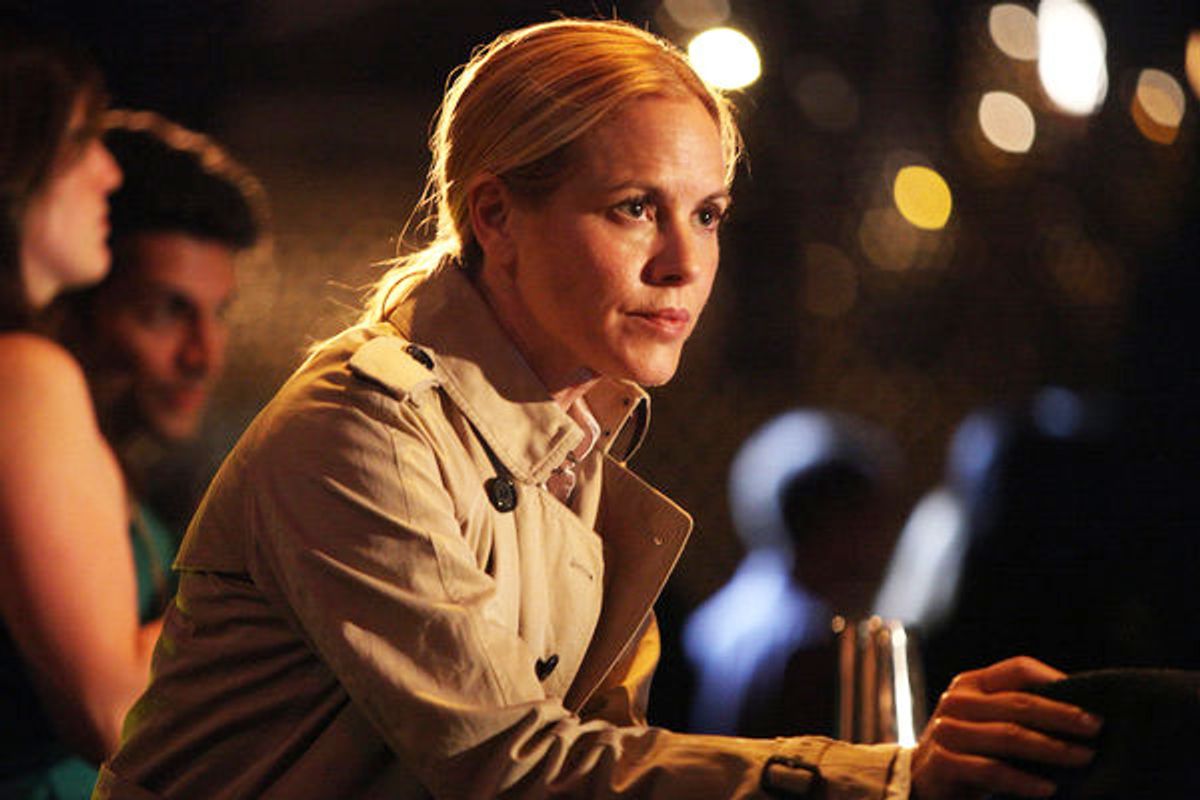 A friend recently encouraged me to write another piece about NBC's "Prime Suspect" remake because he thought it wasn't getting a fair shake. He said the show been burdened by unfair expectations, and that the result, while clearly inferior to the British original, had merit. He thought it had been prematurely written off, even though it was the rare network drama built around a strong female lead, and written and directed with unusual sensitivity. "What do people want from network drama, if they don't want this?" he asked. I hadn't watched the last couple of episodes, so I caught up this week, and the short version is: This is not the piece that my friend hoped I would write. But since NBC is giving the series a week off -- it'll return with a new episode next week -- it's a good time to give the show another look.

My original piece said the series was "Not great, but good, and promising," and that's still a fair description. The problem is, we're four episodes in, with a fifth on deck, and what I'm seeing reminds me too much of other durable NBC urban dramas, past and present. "Prime Suspect" is sharp and watchable, with flashes of soul, but it's not as special as I hoped it would be, and I think its adherence to the playbook of broadcast TV storytelling -- the very thing I worried would doom it in a February 2011 piece -- is crippling its potential. New York City police detective Jane Timoney (Maria Bello) obsessively solves a case while battling the entrenched sexism of her boys' club squad room, craving cigarettes, dropping knowledge on doubters, learning humility and inadvertently making a mess of her home life. It's the same old cop series, different reproductive organs. Although the show has ongoing character threads -- Jane's relationships with her main squeeze (Matt Webb) and her retired cop dad (Peter Gerety), her struggle to stand up to male colleagues and superiors without getting written off as an ice-veined harpy, and so forth -- there doesn't seem to be much in the way of an ongoing master narrative. It's almost as if the network is terrified of asking audiences to fully commit to Jane. The structure is mostly self-contained, with one episode equaling one case. Bello's hat, while awesome and guaranteed to be an MVP this Halloween, is starting to seem like evidence of what the network secretly wants "Prime Suspect" to become: a modern female cousin of "Columbo" or "Kojak."

American series developers Alexandra Cunningham and Peter Berg made good on their promise to tone down the overt and widespread sexism that the pilot's test audiences found off-putting. But while this probably seemed like a smart commercial move at the time -- who wants to fret about the patriarchy after two hours of NBC Thursday comedies? -- it might have hurt the show, because it eliminated one of its few distinctive elements. We still see flashes of dark promise here and there. The third episode, bluntly titled "Bitch" -- in which Jane's dad's bar got robbed while Jane was visiting -- explored the way some women instinctively freeze out their workplace sisters, as Jane does to the robbery's attractive female investigator, Detective Carolina Rivera (Elizabeth Rodriguez). But such problems invariably get resolved by the end of any given hour, and the echoes of institutionalized sexism that came through in the pilot have mostly been refocused on a single recurring character, Bryan F. O"Byrne's Reg Duffy.

Even though the Irish O'Byrne still hasn't gotten the hang of his Noo Yawk accent -- the dropped "t"s are tiny black holes in his sentences -- he's a terrific actor who radiates macho panic, professional jealousy, and beneath it all, an adolescent desire to dominate, charm and otherwise impress Jane. Reg's frenemy relationship with the heroine is the show's liveliest element, and perhaps its only fresh one. The scenes in the second episode in which Reg asserted control over a child kidnapping and murder investigation had the chill of observed truth. He let his Galahad complex hurt the case and talked to Jane as if he were her boss; Jane was so stunned that at first she didn't know how to respond. But the show's conception of Jane makes her so internalized and reactive that she's at risk of turning into a glorified supporting player in a show about a fascinating male cop-on-the-edge; in the A-plot of the bar robbery episode, another murder investigation, Reg was the de facto star.  And that's only natural. TV writers are just more influential versions of regular viewers. Their interest always flows toward a show's most exciting character.

In the British version, created and overseen by Lynda LaPlante, Jane was the cop on the edge, even though people who didn't really know her figured she had things under control, and the on-again, off-again nature of the program let the writers delineate Jane's growth in sections, like the concentric rings of a tree trunk. The NBC show can't do anything like that because the format won't allow it. The best it can do is make Jane as smart, cool and troubled as possible while she solves the Case of the Week, or helps her colleagues solve it, just like every other eccentric TV cop in history. "I’m not saying that an American 'Prime Suspect' cannot possibly be good," I wrote last winter. "I’m saying NBC is not the venue for it — and that if the network insists on going through with this exercise, it might as well save itself the trouble and call the series something other than 'Prime Suspect.'" I got it right back in February; I should have listened to myself.