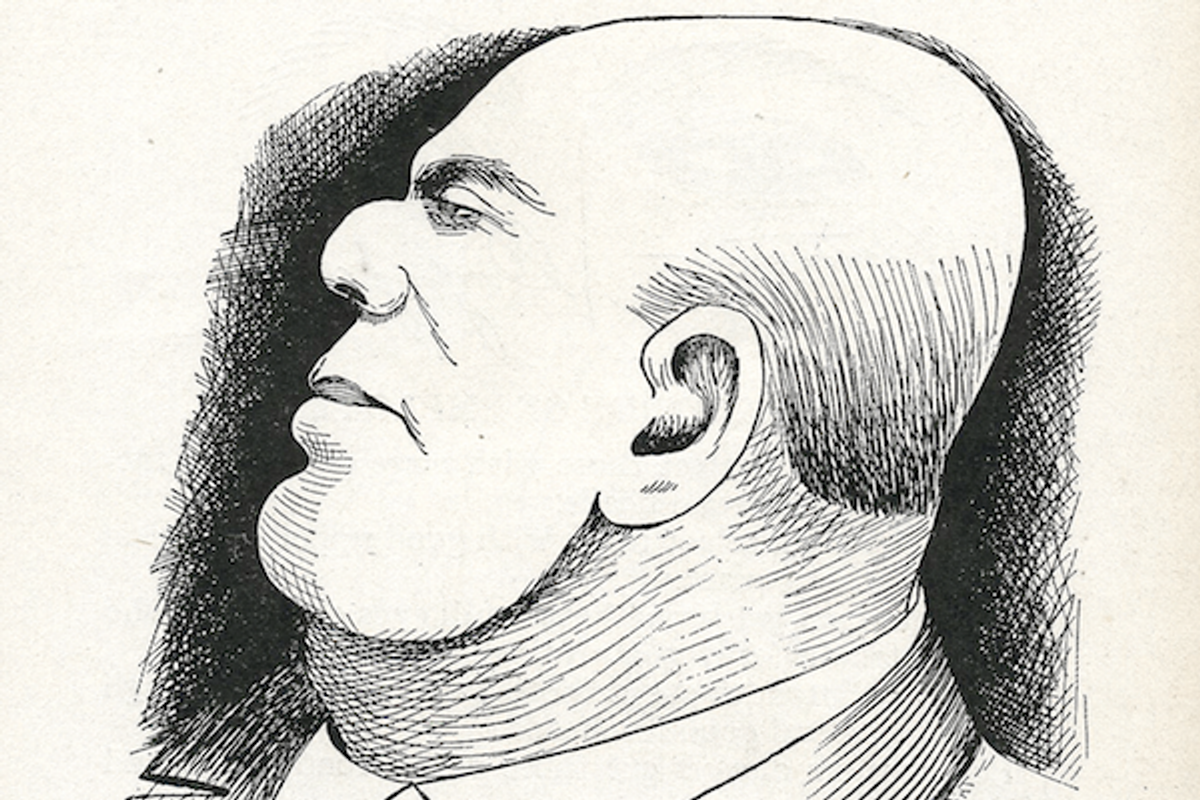 When it comes to printed material, I’ve grabbed some pretty strange stuff over the years to add to the studio’s reference library. Sometimes I’ll acquire a book just for its dust jacket, other times it could be a tome illustrated in a unique style I’d never seen (often for good reason) before. This has produced an unusual collection, to say the least. But the one piece I keep returning to is a 1902 edition of “Vaught’s Practical Character Reader.” I had no idea what to expect when I originally picked it up, but the cover itself, with its gold title and white-lined illustrations, was enough to pique my curiosity.

I’ve included some examples, but I’ve also provided a link (L.A. Vaught – Editor Of Human Faculty) to the entire book for those interested in leafing through this strange world...

He also provides a quote from Shakespeare on the manual’s frontispiece:

“This was the noblest Roman of them all:

His life was gentle, and the ELEMENTS

So MIXED in him, that Nature might stand up

Using this quote is similar to the use of the "Self Explanatory" caption above... (WTF ?)

It basically professes (using the “science” of Phrenology) to predict a person’s personality by their outward appearance – specifically the shape of their noggin and facial appearance. There’s no doubt that the pseudo-science employed here drips of racism and it’s definitely an analysis technique intrinsic to its time period, but it also presents some of the most bizarre imagery I’ve ever seen! If you’re looking for something to replace your current Facebook “profile pic” with, feel free to start here. . .

[caption id="attachment_227815" align="aligncenter" width="445" caption="A brochure folded in half and inserted inside the book."]