Equal parts tyrant and clown, Gadhafi continues to confound, even from beyond the grave 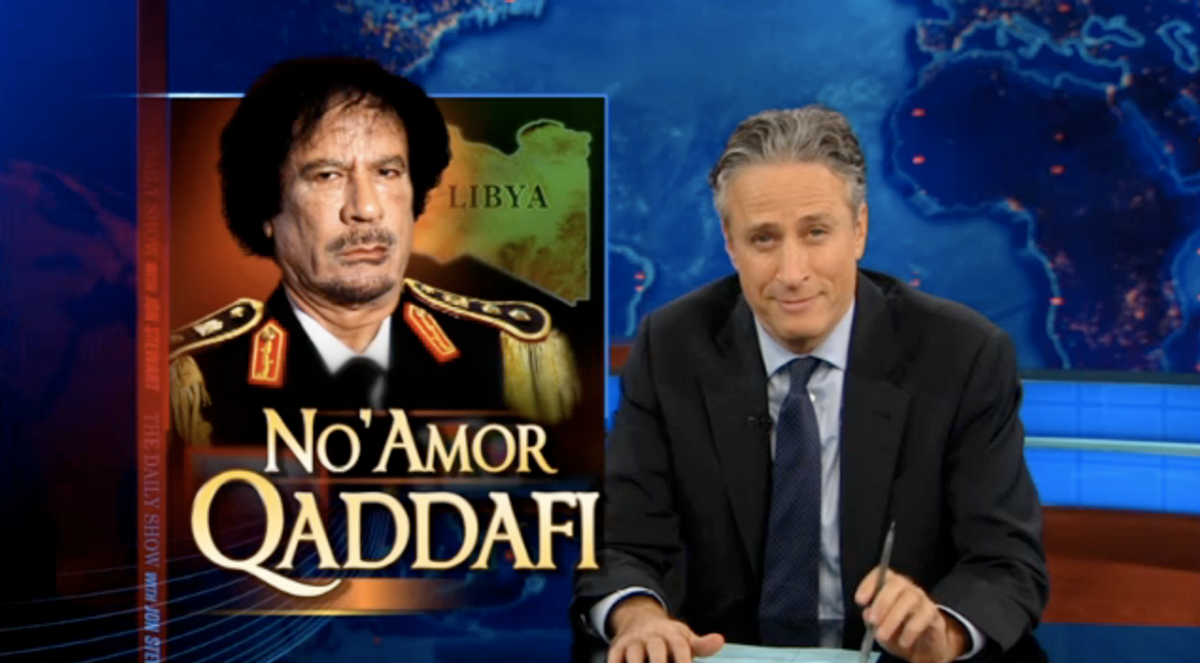 Moammar Gadhafi was a terror-funding dictator, whose brutal crackdown against his own people sparked a civil war that ultimately killed him -- and he was just about the weirdest dictator in recent memory. Which is to say: At times, he could be difficult to take seriously.

Befitting a man who possessed such a staggering mix of brutality and eccentricity, responses to his death yesterday were all over the board. Jon Stewart rolled through some of those responses on "The Daily Show" last night, and found that most people reacted positively to the news. The sole exception? Employees of a certain right-leaning cable network.