The Iraq drawdown and the original promise of Obama

His campaign was rooted in a pledge to bring the troops home, which he just announced will happen by year's end 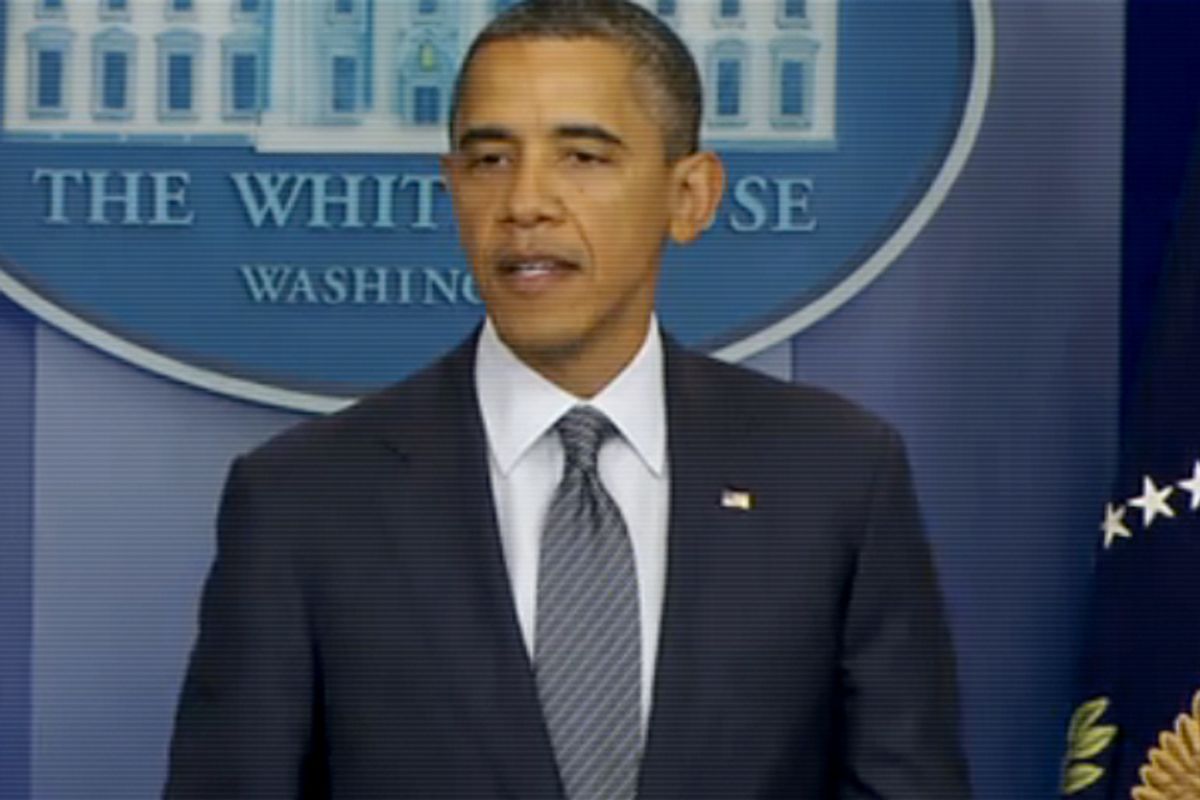 When he officially launched his presidential campaign in February 2007, Barack Obama told a crowd in Springfield, Illinois that:

But all of this cannot come to pass until we bring an end to this war in Iraq. Most of you know I opposed this war from the start. I thought it was a tragic mistake. Today we grieve for the families who have lost loved ones, the hearts that have been broken, and the young lives that could have been. America, it's time to start bringing our troops home. It's time to admit that no amount of American lives can resolve the political disagreement that lies at the heart of someone else's civil war.

This afternoon, 33 months into his presidency and just over a year after declaring the end of combat operations in Iraq, Obama appeared in the White House briefing room and said:

I can report that, as promised, the rest of our troops in Iraq will come home by the end of the year. After nine years, America's war in Iraq will be over.

There's still a lot to sort out, of course. The abruptness of Obama's announcement was apparently the result of a breakdown in negotiations with Iraqi Prime Minister Nouri al-Maliki that would have left thousands of troops on the ground, and there will still be some kind of American presence in Iraq even after this drawdown; the extent of it is unclear right now. But yes, with the exception of the handful of troops that will be required to guard the U.S. embassy, it appears that, as Obama put it, "our troops in Iraq will definitely be home for the holidays."

And with that, Obama will have essentially fulfilled what was originally the central promise of and justification for his campaign for president. Think back to the political world of five years ago. Iraq had spiraled out of control, the public had turned on George W. Bush once and for all, Republicans were poised for massive midterm losses, and Democrats were beginning to believe they'd take back the White House in 2008. Many of them were also still smarting from their decision to compromise in 2004, when they'd abandoned anti-war Howard Dean for John Kerry at the last minute, only to watch the "electable" Vietnam hero struggle and lose in the fall. As 2008 approached, they yearned for a clean break from the establishment thinking that had led so many of their party's leaders (like Hillary Clinton) to sign off on the Iraq war. But who?

This is what made the idea of an Obama candidacy not crazy. He was less than two years removed from the Illinois legislature in the fall of 2006, but Democrats all across the country had fallen in love with him thanks to his '04 convention speech. And, it turned out, he'd actually spoken out against the pending invasion at a Chicago rally in the fall of 2002. A stirring speaker with an inspiring biography who was new to the national scene, untainted by years of floor votes and Washington compromises, and who was on the record showing the pre-Iraq wisdom that had eluded Clinton and most other prominent Democrats? Anti-war Democrats had found perhaps the only Democrat capable of knocking off Hillary in '08. Iraq gave Obama's campaign its purpose.

Of course, the world changed dramatically even during the campaign. Violence in Iraq ebbed, the media stopped paying attention, and then Wall Street melted down, creating the worst economic slump since the Depression. It's the irony of the Obama story: The issue at the heart of his presidential campaign no longer felt quite so urgent to most Americans by the time he took office.