The trouble with a mail-order dog

I'm a dog lover but would I buy one over the Internet? Maybe 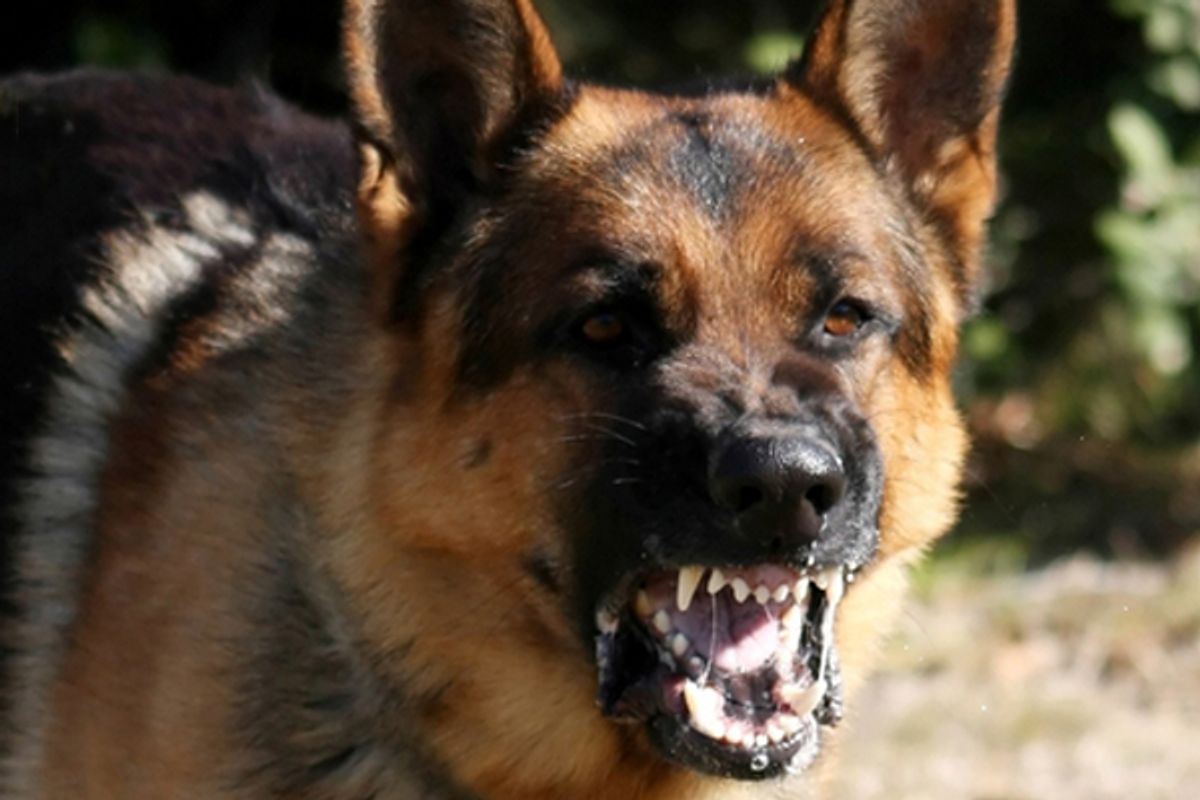 Anybody who knows me knows that I’m a fool for a dog. Not every dog that ever lived; rodent-size yappers leave me cold. However, to my wife and me, a house without tooth-marked chair legs and tumbleweeds of hair in the corners barely qualifies as a home.

That pungent odor that makes fastidious visitors wrinkle their noses on rainy days? That’s the smell of unconditional love.

Some years back, I phoned my veterinarian pal Randy about a newspaper article reporting that academic psychologists had decided that dogs feel emotions. I asked if he that found newsworthy. Never one to mince words, he said “A [bleeping] dog is emotions with a nose.”

Google “dogs greeting soldiers” and watch a few online videos of deliriously happy animals greeting their masters returning from Iraq and Afghanistan. Anybody who remains dry-eyed must never have experienced canine devotion.

Almost as puzzling as dog haters are people who keep pets but have no earthly idea how the animals think and feel. Cesar Milan has made a handsome living off dog owners whose cluelessness makes “The Dog Whisperer” one of the funniest things on TV.

In real life, however, not every story has a happy ending. Consider the sorrowful experience of “Emmi,” a 5-year-old German shepherd who spent a terrible few days in a crate flying cross-country between a dope in New York who bought her and a doofus in Washington state who sold her, then resisted taking her back as if she were an out-of-warranty used car.

The story, reported in the New York Times, invites disbelief. One Jason Dubin, of Port Chester, N.Y.,contracted over the Internet with Kraftwerk K9, a Washington state outfit that imports, breeds and trains German shepherd protection dogs, to buy Emmi sight-unseen for $7,500.

Actually not totally unseen. There’s a video of the very beautiful animal on the firm’s website responding flawlessly to her trainer’s commands—heeling, sitting, staying and retrieving a dumbbell with impressive zeal.

If anything, Emmi’s a bit over-trained. Throughout the video, she’s obsessively fixated on the trainer’s hands, from whence, no doubt, hot dog pieces came. I prefer a canine companion to a veritable slave, a dog that registers its surroundings and goes about its doggy business. What Emmi’s like when she’s off-duty, there’s no telling.

“Emmi was portrayed to us as an obedient, well-trained, even-tempered dog,” Durbin told a reporter. “But within a week, I soon realized that Emmi was an aggressive dog who posed a great danger to my family.”

Specifically, Emmi stands accused of “terrorizing” the cat (horrors!), biting another dog under unspecified circumstances, and attempting to bite the Dubin’s 8-year-old son. Concluding he couldn’t control her, he informed Kraftwerk K9 that he was putting Emmi in her crate and shipping her back to Seattle.

Kraftwerk K9’s owner Wayne Curry, in maybe the worst marketing decision since the New Coke, announced that as the firm’s 72-hour returns policy had expired, he wouldn’t collect Emmi at the airport. Still crated, the poor, confused and no doubt despondent animal eventually spent overnight in a Seattle kennel, before Curry relented and sent somebody to retrieve her.

Still bickering over money, both men pronounced themselves glad that Emmi hadn’t ended up being euthanized at the city pound.

As the saying goes, you wouldn’t treat a dog like that. Anyway, where to start? First, nobody as clueless as Durbin needs a protection dog. Ninety-nine percent of a big dog’s protective value is its bark. Otherwise, an amateur’s just asking for trouble.

Second, $7,500 for a middle-aged animal? Why was Emmi still available?

Buying a dog on the Internet is like marrying a Russian mail-order bride. Unpleasant surprises are all but guaranteed. If Durbin needed a designer dog to brag about, he could have bought one from a respected local breeder at a fraction of the price. That way, he could have evaluated the dog’s temperament—canine personalities vary almost as much as human ones—or even asked a knowledgeable friend’s help.

Then he could have donated the remaining $7,000 to the Humane Society.

In defense of poor Emmi, even the best-trained dog is not a DVD player. They don’t take orders from strangers. German shepherds in particular form strong emotional bonds with their masters; they need time and patient handling to adapt to changed circumstances.

Gradually introduced to her new family, Emmi would probably have learned to leave the cat be. She’d also probably had little or no contact with children. Durbin’s concern is understandable, but if the dog meant to bite his son, she wouldn’t have missed. The dog felt overwhelmed, and snapped a warning.

Maybe Emmi’s a canine head-case, they definitely exist. More likely, she’s a victim of human folly. All Durbin ever really needed was a golden retriever or a mutt from the shelter.

That said, I’d try Emmi out in a heartbeat.