Jovanotti might be the biggest pop star in Italy, a joyous singer with a profound social conscience 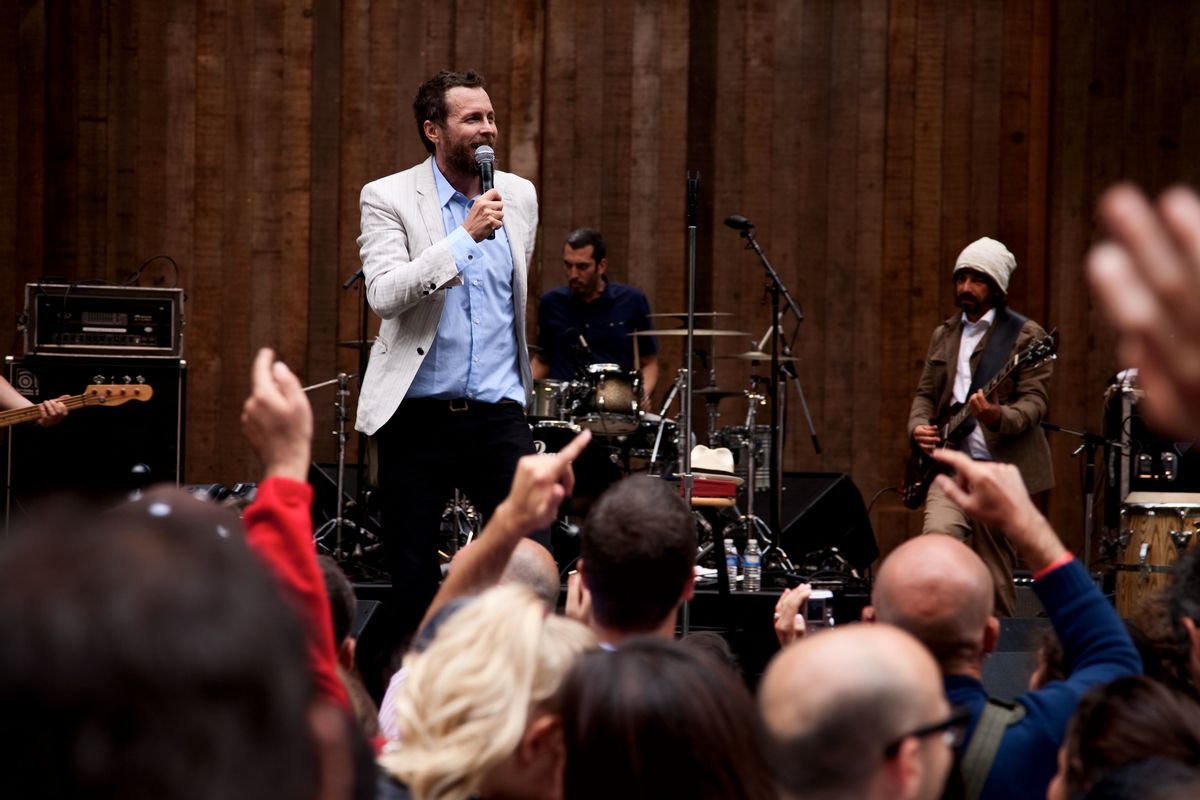 Jovanotti is probably the biggest pop star you’ve never heard of, unless of course you happen to be Italian. Over the years, he's evolved into an Italian Bruce Springsteen or Bono -- an iconic pop star who takes on issues from AIDS to poverty in Africa. Back home, he sells out stadiums and churns out No. 1 hits like "L'ombelico del Mondo."

We caught up with Jovanotti on his first trip to San Francisco, where he played the Stern Grove Festival, a long-running series of free summer concerts.

Italian pop superstar Jovanotti performs the dance party anthem known as "L'Ombelico del Mondo" or "The Bellybutton of the World." Jovanotti’s song is certainly a celebration of Italy, but it's also a shout-out to cultures from all over the world. Play it loud.

A tireless performer, Jovanotti roams the stage and plunges into the crowd during his performance. He then caps it with a duet with Liliana Saumet, the lead singer of the Colombian band Estereo.

Introducing this new song as a tango from his album “Safari,” Jovanotti starts "Dove Ho Visto Te" ("Where I've Seen You") in a mellow groove before cranking up the tempo. The song is about a well-traveled man whose music and words are inspired by a woman. An ecstatic Jovanotti sings, "Kiss me, eat me, leave me, take me, forgive me, use me, believe me, save me, feel me."

As with most Jovanotti songs the music, rhythms and emotion are more important than the words, which tend to be vague. But with references to Africa and the Amazon, this song conveys the experience of a man who has journeyed far, and is sustained by love. Even though the lyrics are Italian, the San Francisco audience seemed to understand.

In an interview with “Quick Hits” reporter Marco Werman, Jovanotti talks about his evolution from the teen idol who introduced rap to Italy to the inventive performer and activist who campaigns with his friend Bono to reduce extreme poverty in Africa.