The horrifying return of "The Howling"

The venerable 1980s horror film gets another attempt at a straight-to-DVD reboot. Maybe it's time to let it die 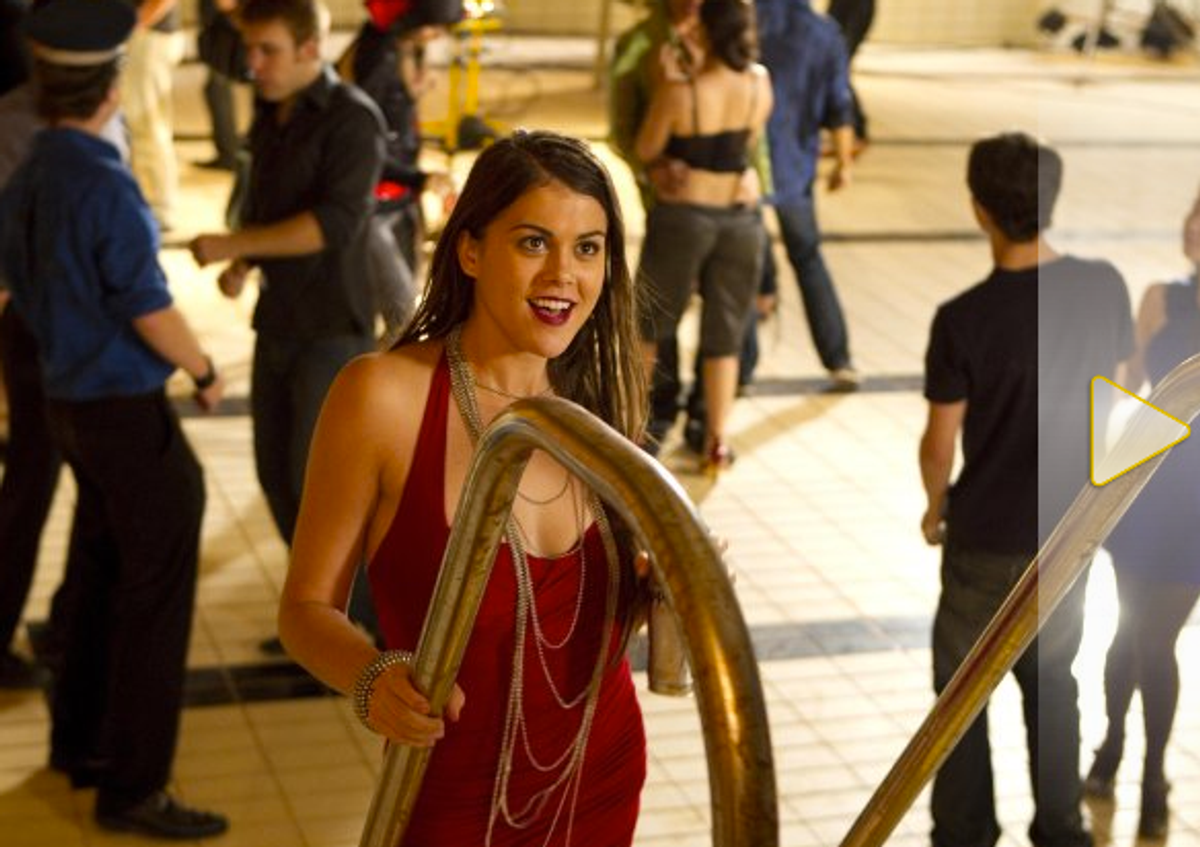 Still from "The Howling: Reborn"
--

Long before "True Blood" made such things into a weekly television event, "The Howling" (1981) brought us werewolf-on-werewolf boffing in all of its drooling, hairy glory. The low-budget shocker also marked the first time that makeup artists pumped compressed air into masks for monster transformation sequences, beating John Landis' bigger budgeted "An American Werewolf in London" to the screen by four whole months.

But "The Howling" offered far more than even its considerable cinematic werewolf innovations. Up-and-coming auteur John Sayles ("Matewan") laced his screenplay about a pack of werewolves in a psychiatric retreat with biting satire of both the self-help movement and TV newscasts, while director Joe Dante ("Gremlins") was able to strike that crucial balance between laughs and scares.  As an added bonus, the movie also sports the only time that Slim Pickens sprouts a set of fangs on-screen. (Thankfully, good ol' Slim didn't take part in any lycanthrope lovemaking, because Slim Pickens werewolf sex may have been too much for even gore-addled, glue-huffing '80s teens to take.)

While the other horror films of the time such as "Dawn of the Dead," "Halloween" and "The Evil Dead" have spawned remakes, reboots and even musicals, "The Howling's" legacy has been diminished by a litter of quickie sequels. The Czech–produced "Howling II: Your Sister Is a Werewolf" (1985) couldn't even be saved by an appearance by Christopher Lee and repeated shots of Sybil Danning's bare breasts, and the Australians behind "Howling III" decided to cram marsupial shape-shifters down our collective throats. Ooooo. Monsters that hop around and carry their young in pouches—very scary.

Despite the best efforts of an international coalition of inept filmmakers bent on filling this franchise with an entire arsenal of silver bullets (there were still four more "Howling" sequels after "The Marsupials"), you can argue that "The Howling" deserves one more night under a blood-red harvest moon. Unfortunately, "The Howling: Reborn," arriving in your local redbox just in time for Halloween, only continues the downward slide by reimagining the series as a straight-to-DVD "Twilight" knockoff that's all Team Jacob with no Team Edward.

As if taking a bite out of "Twilight" wasn't enough, Landon Liboiron ("Terra Nova") in the part of Will, the lead conflicted teen, strives so hard to look like Daniel Radcliffe from the last couple of "Harry Potter" movies that it's actually distracting. Will's mom was killed by a werewolf, so his dad has made the boy into a soy bacon-eating milquetoast who gets roughed up by Glok-toting Eastern European teens, and glared at by a multi-ethnic clique of werewolf kids who walk around in slow motion. It would normally be pretty easy to find Will sympathetic in a Peter Parker sort of way, but he also spouts just the right amount of overwritten narration to make you really hate him. "Only 2 percent of our DNA separates us from the animals," he muses in a persistent voice over, before asking, "Where exactly is our free will?"

When he's not pondering life's bigger questions, Will fills an entire notebook with sketches of Eliana (Lindsey Shaw), the film's prerequisite love interest. Eliana rewards this stalkerish behavior by inviting Will to a sparsely attended underground rave he where gets bitten by a werewolf, sparking off his internal tug-of-war between the soy-bacon-eating human world and the beast inside of him. Unfortunately, this struggle mostly manifests itself through drawn-out bouts of texting instead of beastly action, making me wish that Blade would just show up with his silver samurai swords and put everyone out of their misery. But to be fair, I spend most of my viewings of "True Blood" or the "Underworld" movies also longing for the sight of Wesley Snipes with shades and a fade.

Sadly, Blade never shows up, and "The Howling: Reborn" ends with a pair of rat-like werewolves fighting among themselves followed by a montage of flashbacks because if there's one thing we need, it's to see parts of this movie over again. Now I can't say that this is the worst straight-to-DVD werewolf movie I've reviewed (that distinction goes to "Neowolf"), but that's not exactly faint praise here. "Howling: Reborn" really tries to be the crappiest werewolf movie ever to hit Netflix, but it can't even get that right.