A new plan to help homeowners holds some promise, but comes after three years of abject failure 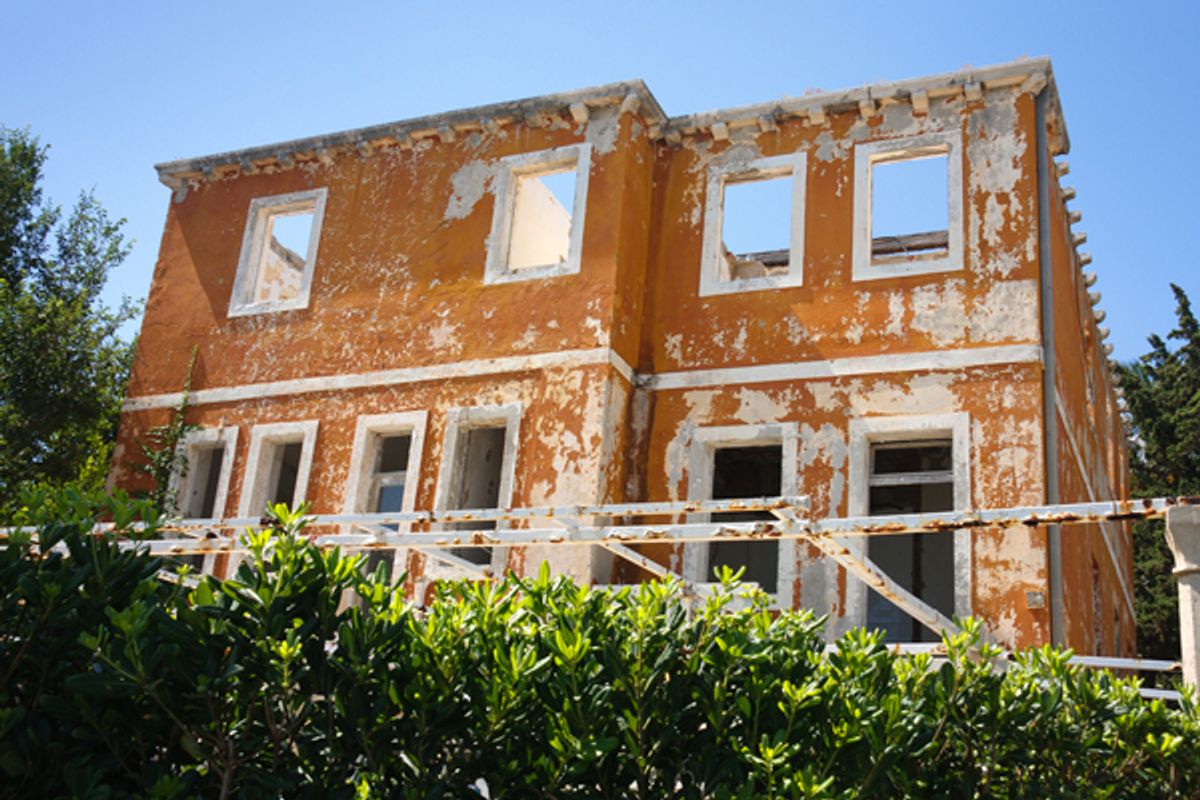 Moments before a conference call in which White House officials were set to explain their new plan to resuscitate the nation's morbid housing sector, Dan Pfeiffer, President Obama's communications director, got on the line and debuted the latest administration jingle: "We can't wait."

The gist: Since congressional Republicans are blocking any action on the economy, Obama has been forced to take matters into his own hands and do what he can via executive action. Case in point: the administration's plan, announced Monday, to make it considerably easier for homeowners to take advantage of current phenomenally low interest rates and refinance their mortgages.

"Where Congress won't act, this president will," said Pfeiffer. "Every week going forward, you can expect the president to be making executive actions."

So what took him so long? Shaun Donovan, secretary of the Department of Housing and Urban Development, and Gene Sperling, director of President Obama's National Economic Council, then proceeded to make a yeoman effort to outline the various rules tweaks that they hope will unclog the refinancing pipeline, and, ideally, give the overall economy a boost. But the task couldn't have been easy. Because on that very same morning, everybody who pays close attention to the housing sector was already buzzing over a blockbuster article by the Washington Post's Zach Goldfarb detailing just how disastrous the Obama administration's attempts to fix the housing sector have been.

Nobody comes out of Goldfarb's story looking good, but Timothy Geithner looks especially bad. The responsibility for the failure to move aggressively to help struggling homeowners -- whether those who were simply "underwater" on their mortgages (meaning that their houses are worth less than the their outstanding mortgage balance) or those who were actively facing foreclosure -- gets blamed fairly definitively on the treasury secretary. Geithner was consistently more worried about the health of the financial sector than he was about the housing sector and actively discouraged Obama from diverting resources toward helping homeowners.

The administration ended up spending only a fraction of the $50 billion it had allocated for homeowner assistance, and to date, reports Goldfarb, "administration programs have permanently reduced the debt of just one tenth of 1 percent of underwater borrowers."

Against this context, the refrain "We can't wait" doesn't just ring hollow -- it actively begs for mockery. The housing sector is the beating heart of the American economy, and until it recovers, economic growth will be minimal to nonexistent. Since the day President Obama took office, economists have pointed to the housing sector as a critical target for economic policy. There are still as many as 5 million foreclosures coming down the pike.

But for three long years, the Obama administration has dragged its heels on crafting and executing a meaningful housing sector rescue plan. Some of the most powerful men in the White House -- Geithner, Larry Summers, Austan Goolsbee -- are reported to have expressly opposed any significant steps toward homeowner debt reduction. Instead, for most of the last year, all available political capital has been directed devoted to government deficit reduction negotiations -- an exercise that utterly failed to address the roots of the country's ongoing economic crisis.

We can't wait? What else have we been doing? There's an immense and tragic irony underlying all this. Goldfarb reports that White House reluctance to divert more funds to helping homeowners was in part due to the fear that the general public would feel that it was unfair to help out some homeowners on the taxpayers' dime. And as YahooFinance's Dan Gross reminds us, the Tea Party movement traces its roots back to Rick Santelli's CNCBC rant against exactly that foul injustice: the notion that government had some responsibility to help reckless homeowners get of trouble. Considering the uproar and electoral consequences that resulted from the Tea Party revolt, it would have been nice if, considering the huge political price Obama ended up paying, the White House had actually gone ahead and helped somebody.

The new program may make a difference for homeowners who qualify -- those who are current on their outstanding mortgages. It appears to be a well-designed plan that will significantly enlarge the pool of homeowners eligible for refinancing, while cutting numerous associated processing fees and addressing some of the legal issues that have made lenders cautious about authorizing new loans. As Sperling and Donovan took great pains to point out, the plan had "stakeholder buy-in," which basically means that the four big banks who own 60 percent of the residential mortage loans in the United States had signed off on the plan.

As many as 1 million American homeowners could qualify under the new rules. If they are currently paying 6 or 7 percent on their mortgages, refinancing down to 4 percent or even lower could result in $2,500 worth of savings in a single year -- the equivalent of a "substantial tax cut," noted Donovan. If those homeowners turn around and pump that cash back into the economy, it could end up having a nice stimulative effect -- possibly kicking in in time for the next president to enjoy.

Which, of course, is exactly why the Obama administration should have made measures like this a much higher priority three years ago. The optimistic, forgiving approach to take toward the new initiative is that it might indicate that the Obama administration is finally getting its act together and tackling the real problems. But it's much easier to look at the plan and say "too little, too late," than to nod along with the mantra "we can't wait."