In order to have a real dialogue about our foreign policy, we need to admit that America is an imperial power 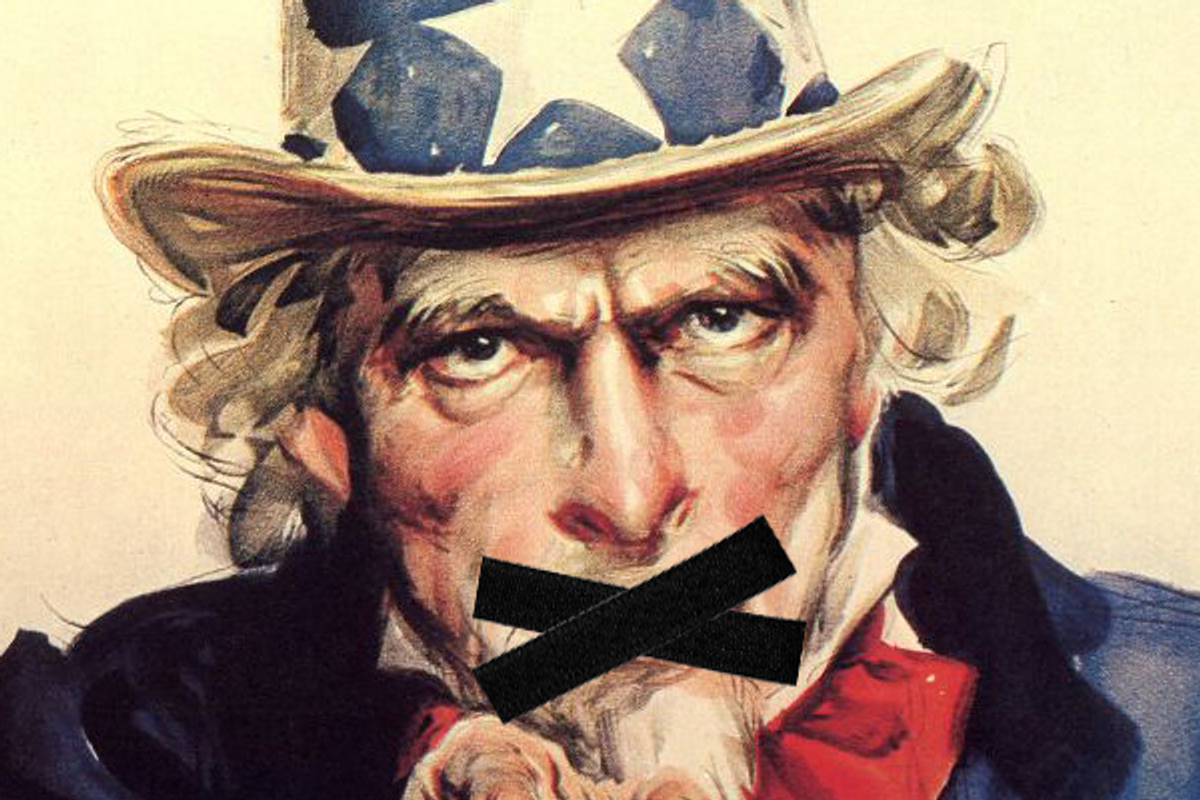 Early Saturday morning, I spent two hours at 30 Rockefeller Plaza with a distinguished panel of guests on Chris Hayes' terrific new MSNBC show "Up." The theme of the discussion, which you can watch here, was the state of national security policy after Moammar Gadhafi's death and President Barack Obama's announcement of the end of the Iraq war. The conversation soon turned to a topic that is almost never mentioned, much less seriously explored, in the traditional media: the subject of American Empire. Our dialogue provided a perfect example of how troublesome newspeak continues to muddle our foreign policy discussions.

Here's the excerpted exchange that kicked it off; I introduced the subject and then P.J. Crowley, my former colleague at the Center for American Progress, fired back (there was a break in between, so I've put the two statements together for brevity's sake):

SIROTA: On my radio show in Denver, you are talking to callers every day, and every so often I mention the fact that if you look at the last 50 years after WWII, American foreign policy is in part about empire -- it's an imperial project. You'll get some folks who will agree with you, but you get conservative callers who say that is the most offensive thing I've ever heard. Now if you look at it empirically, I think our foreign policy has been a project of empire.

CROWLEY: I just couldn't disagree more... In the last 100 years there's been a battle against fascism, a battle against communism, and there's been the construction of a remarkable what John Ikenberry at Princeton calls a liberal hegemonic project where you have a World Trade Organization, a functioning United Nations, an open liberal system, a remarkable number of democracies that have come into the world in the last 30, 40, 50 years. The United States is the lone superpower in the world. We throw our weight around. Not all of our policies are effective or consistent necessarily with our values. But you cannot describe the United States as an empire. We have created a system that we invite everyone in the world to participate in. And the last point is that, look, an Empire would never leave Iraq. The fact is, we had a negotiation, Iraq said we can't live with these conditions, and we are in fact leaving. That's not what an Empire does.

A former public affairs officer for the National Security Council and then mouthpiece for the U.S. State Department, Crowley was a perfect guest for this discussion. Despite his recent -- and laudable -- acknowledgment of the inhumane treatment of Bradley Manning, this is a guy who has been a loyal spokesman for America's national security establishment. Consequently, his retort is an important example of how that establishment employs euphemisms and coded phrases to mainstream, sugarcoat and obscure an imperial project that might make rank-and-file Americans uncomfortable.

Crowley bridles at the idea that America's long history of geopolitical aspirations, invasions, occupations and various extensions of power is part of an imperial project. Instead, we are told that it's all just one "liberal hegemonic project" (as if alleged liberalism somehow makes it a "hegemonic project" not an "imperial project"). Yet, even beyond this almost overt contradiction of himself, his examples betray what really drives American foreign policy.

The World Trade Organization, for example, uses the imperial threat of sanctions to help American corporate interests trample the will of local governments in order to exploit host nations for profit. Likewise, the United Nations -- which certainly does a lot of good, important work -- is still structurally rigged with a security council to make sure America has outsize imperial influence in proportion to its population.

While Crowley is correct that "a lot of democracies have come into the world in the last 30, 40, 50 years," many of those democracies have emerged in spite of America's imperial ambitions -- not because of America's non-imperial benevolence (think: Latin American democracies emerging in the face of Reagan administration meddling, or Egypt's move toward democracy in spite of the Obama administration's backing of dictator Hosni Mubarak). Additionally, more democracies might have come into the world if the U.S. hadn't been propping up dictators.

Finally, the idea that we wouldn't end an imperial occupation if we were an empire not only assumes that we actually are leaving Iraq (a shaky assumption, to say the least), but also glosses over the fact that forcibly bringing another nation into our sphere of influence, or fully propping up a client government, is also a part of the imperial project -- it's just more polite than a full-on military occupation.

Almost every characteristic we Americans associate with "imperial" nations exists in our own. Disproportionate spending on our military while domestic standard-of-living spending is neglected? Check. Permanently stationing our military in forward positions all around the globe? Check. Forcibly deposing leaders who don't accede to our goals? Check. Propping up despots who turn their local countries into clients of our project? Check. Threatening military action against other nations that are not compliant with our imperial aspirations? Check.

Crowley and his establishment colleagues would have us believe we just woke up one day and found ourselves "the lone superpower in the world" rather than admitting that the position is the calculated result of empire building. They downplay our imperial behavior as mundane statecraft -- as he put it, simply "throw[ing] our weight around." But whatever euphemism you prefer, it's undeniable that America is an empire -- and it's undeniable that the airing of this simple truth is highly inconvenient to those who represent the empire. It's inconvenient to them because they fear the empire's serfs might not be so supportive of our government's long-term ambitions if they discover what those ambitions are.

Now, it's important to note that just because someone admits that America is an empire doesn't mean that that person is saying everything -- or even most things -- we've done is bad. Not at all, because "empire" and "evil" are not automatically synonymous. Indeed, there are many cases of the imperial impulse aligning with the greater global good (as just the best example, when our empire prevented the spread of the Nazi empire).

The point here is that the term "empire" is judgement neutral. As I noted, many Americans may be opposed to and offended by our imperial policies and posture. However, others might happily defend our imperial ambitions on the grounds that we have prevented other, more dangerous empires like the Third Reich or Soviet Union from dominating the world (and this is likely the argument that will be made in the next few years with regard to China).

Such debates over whether we should continue being an empire are much-needed arguments worth having -- and especially right now when global politics are in such flux. But the fact that it's still highly controversial to even acknowledge the fact that we are an empire suggests we remain so stuck in denial and so seeped in good-versus-evil propaganda that those bigger, more pressing debates can't even begin.