The Republican nominee will likely be decided by early February, and there's nothing the party can do about it 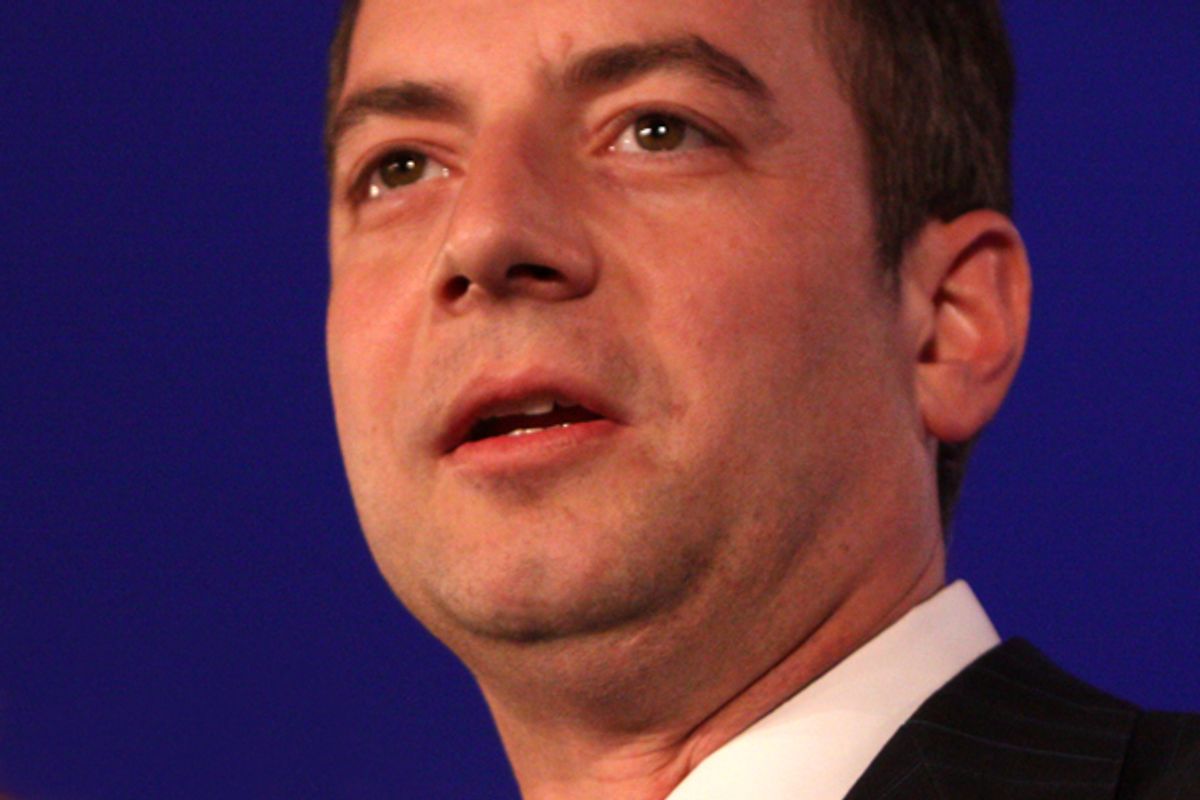 Then there's a three-week break before the next contests, but at that point it's hard to believe that the nominee won't be decided, especially with Rick Perry descending into birtherism and Herman Cain revealing his entire campaign to be a Situationist prank.

But three of these states -- Florida, South Carolina and New Hampshire -- brazenly violated RNC rules and moved their primaries up, making a contest that the party hoped would last until big states voted in late February, March and April likely to be effectively over by Valentine's Day. They will be punished! Reince Priebus, RNC chairman and rich villain in an '80s teen sex comedy, is talking tough about those rebel states. Look out, Florida, Reince is out for blood:

“There is no discretion. There is no coming back. There is no kumbaya that’s going to happen. They’re going to lose half of their delegates and that’s a pretty serious penalty,” Priebus said during an interview with ABC News’ “Subway Series With Jonathan Karl.”

Pretty serious. Of course, Florida's a winner-take-all state, meaning it will still send 50 delegates voting for one candidate to the convention (which will be held in Florida, raising the question of whether this penalty will actually stick), giving it enough influence over the campaign to win lots of candidate and media attention, which was the point of moving the primary up in violation of the rules. So I don't think Florida is sweating it.

ABC says South Carolina and New Hampshire will also be docked half their delegates, but I imagine the press will still take those contests just as seriously as they would've otherwise.

So there's still no effective way to dissuade state parties from screwing up carefully planned primary calendars, and I'm not sure there ever will be as long as we insist on using this bizarre process.