A platitude-rich testimonial from a smoking man reinforces the main question about Cain: Is he even trying to win? 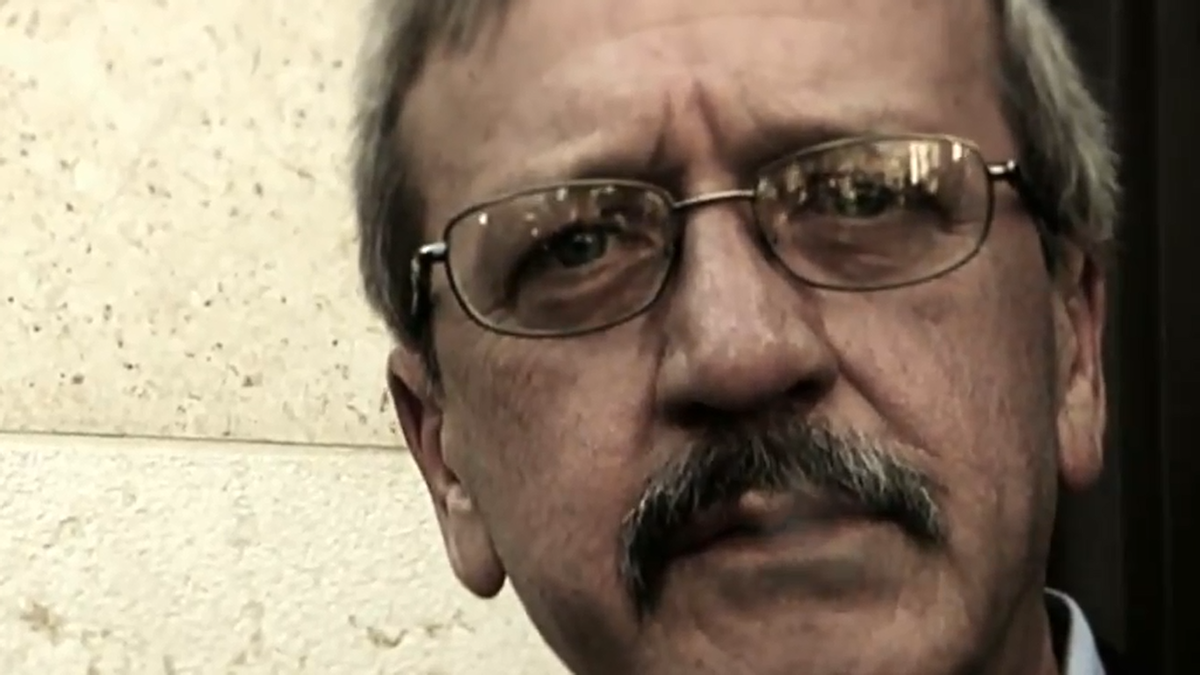 Sometime last night, Herman Cain's latest campaign video exploded onto the Web, and immediately the debate began: What the hell was that?

Titled "Now is the time for action!" the 56-second spot, which doesn't seem designed to air as a paid television ad, features Mark Block, who is Cain's campaign manager, offering a series of broad platitudes about how "Herman will put 'united' back in 'United States of America'" and how "together we can take our country back."

The decision to use Block, who seems slightly uncomfortable in front of the camera and whose name and face are unrecognizable to virtually every Republican primary voter, is curious, but what makes the video so bizarre is what happens when he finishes speaking: With an aggressive soundtrack rising in the background, Block raises a cigarette to his mouth, takes a drag, and puffs out a cloud of smoke. Watch it for yourself:

The intent of the smoking shot is unclear, but it could represent Cain's defiant response to recent media scrutiny of his three-year run in the late 1990s as the head of the National Restaurant Association, during which time he aligned the lobbying group with the tobacco industry. As the New York Times reported in a profile of Cain that ran over the weekend:

Under Mr. Cain’s leadership, the restaurant association opposed higher taxes on cigarettes and the use of federal money to prosecute cigarette makers for fraud — positions that Matt Myers, president of the Campaign for Tobacco-Free Kids said had little to do with the restaurant business.

And Mr. Cain argued vociferously that the decision about whether to go smoke-free was the province of individual restaurant owners, not the government. “The restaurant industry literally became the alter ego of the tobacco industry during that period of time,” Mr. Myers said in an interview.

The restaurant association relied heavily on R. J. Reynolds for financial support, records show. Mr. Meyne, the Reynolds senior director of public affairs, served on the restaurant group’s board, and Mr. Cain served on the board of Nabisco, which had earlier merged with Reynolds.

There will be those who claim the video represents savvy political marketing. After all, it was an instant viral sensation, with reporters, pundits and political professionals furiously passing it around on Twitter, and it will surely be replayed and dissected by all of the cable news channels today. Certainly, this is how Cain's campaign is trying to spin it, telling NBC News last night that they're pleased with the attention it's receiving.

In this sense, it's a direct descendant of the "demon sheep" Web video that Carly Fiorina released during her campaign for the GOP Senate nomination in California last year; it was widely ridiculed, but Fiorina did end up winning the primary. It's also not the first time that Cain has released an unconventional campaign video. There was, for instance, this from late August:

But back then, Cain was barely registering in the polls and the adage that any publicity is good publicity truly applied. Now, though, he's running near the top of the GOP field nationally and in Iowa. His main challenge no longer involves attracting attention; he's suddenly getting more of it than he knows what to do with. Instead, he needs to overcome the profound skepticism of opinion-shaping Republican leaders over his seriousness and staying power as a national candidate. But pushing out a video that reeks of amateurism seems almost guaranteed to reinforce their doubts.

This is consistent with how Cain has handled the spotlight since surging to the front of the pack two weeks ago. In a nationally televised debate, he offered an incoherent defense of his 9-9-9 tax plan when his rivals ganged up on him, then faded into the background for the rest of the night. A few days later, he caused a stir by seemingly arguing in favor of abortion rights, an inexplicable self-inflicted wound for a candidate who has cultivated support from culturally conservative Christians. And he may have made matters worse over the weekend by alienating a key gathering of social conservatives in Iowa.

Christian Heinze, who tracks the GOP race for the Hill, perfectly captured how the last week has gone for Cain in a series of screen shots from Fox News, where Cain appeared four times in recent days to "clarify" problematic statements. Now he's gotten into a war of words with Karl Rove, who recently declared that Cain is creating an image of "not being up to the task" of running for president. And, of course, Cain's utter lack of a meaningful campaign footprint in any early primary and caucus states continues to invite the impression that he's mainly interested in selling books and becoming a political celebrity -- not actually winning.

If that's what he's trying to do, of course, then "Now is the time for action!" really is a brilliant video. But if the rap on Cain is wrong and he actually is trying to win the GOP nomination, then it's just the latest in a long lone of baffling and utterly counterproductive moves.