In an interview, the candidate maintained the moderate pose that impresses the show's viewers, but not the GOP base 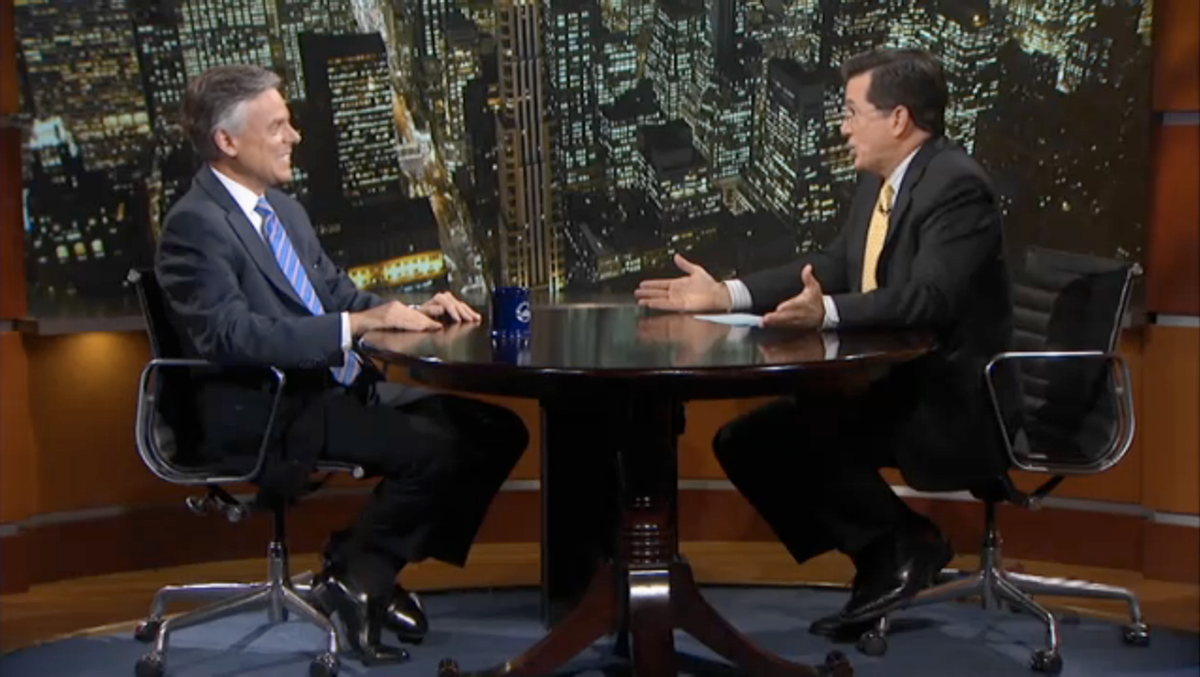 Republican hopeful Jon Huntsman was on "The Colbert Report" last night, reinforcing his status as the most reasonable -- and likely unelectable -- politician in the GOP field. Over the course of the interview, Huntsman seemed comfortable and well spoken  as he addressed a number of issues that have hounded him on the campaign trail, including his ambassadorship in China, his Mormon faith, and his remarkably moderate politics. More notable, though, might have been the one thing Huntsman didn't do during his conversation with Colbert -- disparage his former boss, Barack Obama.

Update: It turns out that Huntsman wasn't entirely successful in maintaining his reasonable-Republican aura throughout the interview. As ABC News points out, Huntsman elicited gasps from the audience with a questionable joke about Chinese culture that was cut from the final cut of the interview:

When Colbert played a sound effect of a stereotypical Chinese riff, Huntsman joked, “When’s the delivery food coming?” After a few seconds of awkward silence, Colbert replied, “Did that go over well in Beijing?” This portion of the interview was cut for time from the broadcast.