Former dictator laid to rest in secret location, alongside his son and a top aide 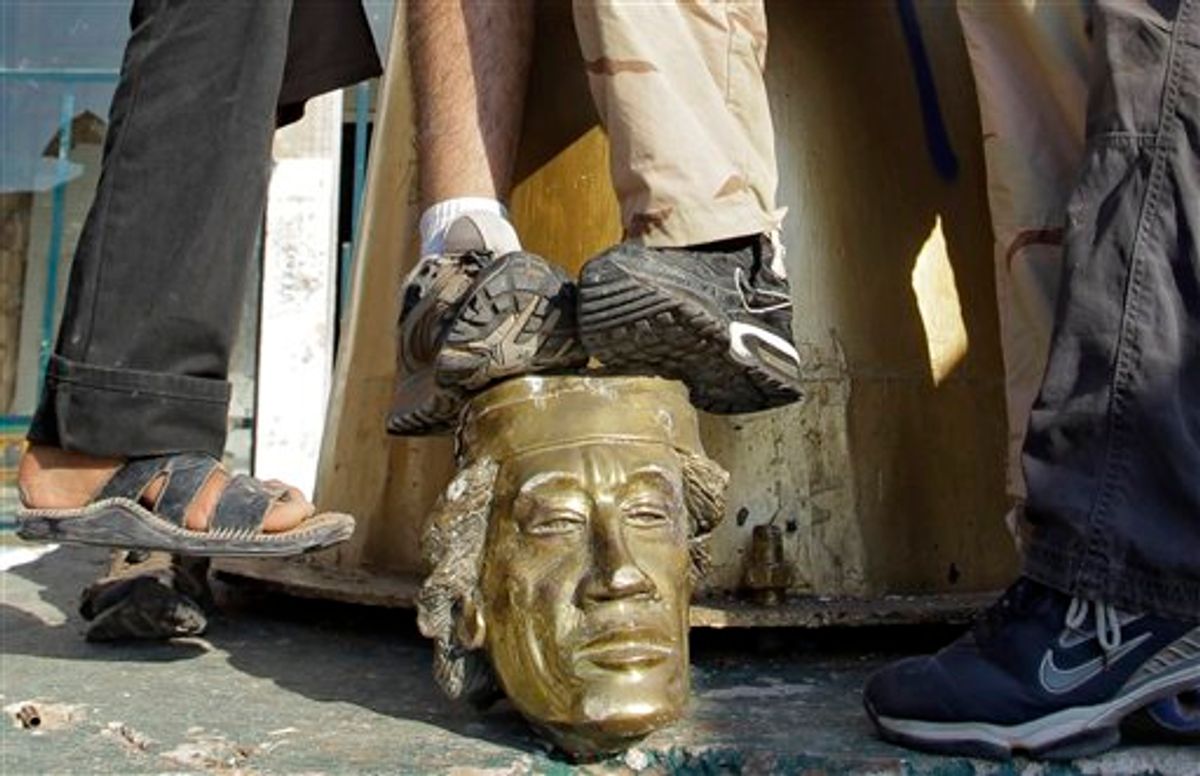 Rebel fighters trample on a head of Moammar Gadhafi inside the main compound in Bab al-Aziziya in Tripoli, Libya, this past August. (AP/Sergey Ponomarev)
--

MISRATA, Libya (AP) — A Misrata military council official says Moammar Gadhafi, his son Muatassim and a top aide have been buried in a secret location, with a few relatives and officials in attendance.

In a text message read to The Associated Press, spokesman Ibrahim Beitalmal is quoted as saying the burial took place at 5 a.m. Tuesday, and that Islamic prayers were read over the bodies. The information could not be independently verified.

The three bodies had been held in cold storage in Misrata since Gadhafi was captured near his hometown of Sirte on Thursday. Gadhafi died in unclear circumstances within hours of his capture, and Libya's new leaders have promised an investigation.

Beitalmal has said the burial site would remain secret to prevent vandalism.

From The Wires Libya