The civil rights movement had a jazz beat. Now a new generation of players wants to meld politics and protest 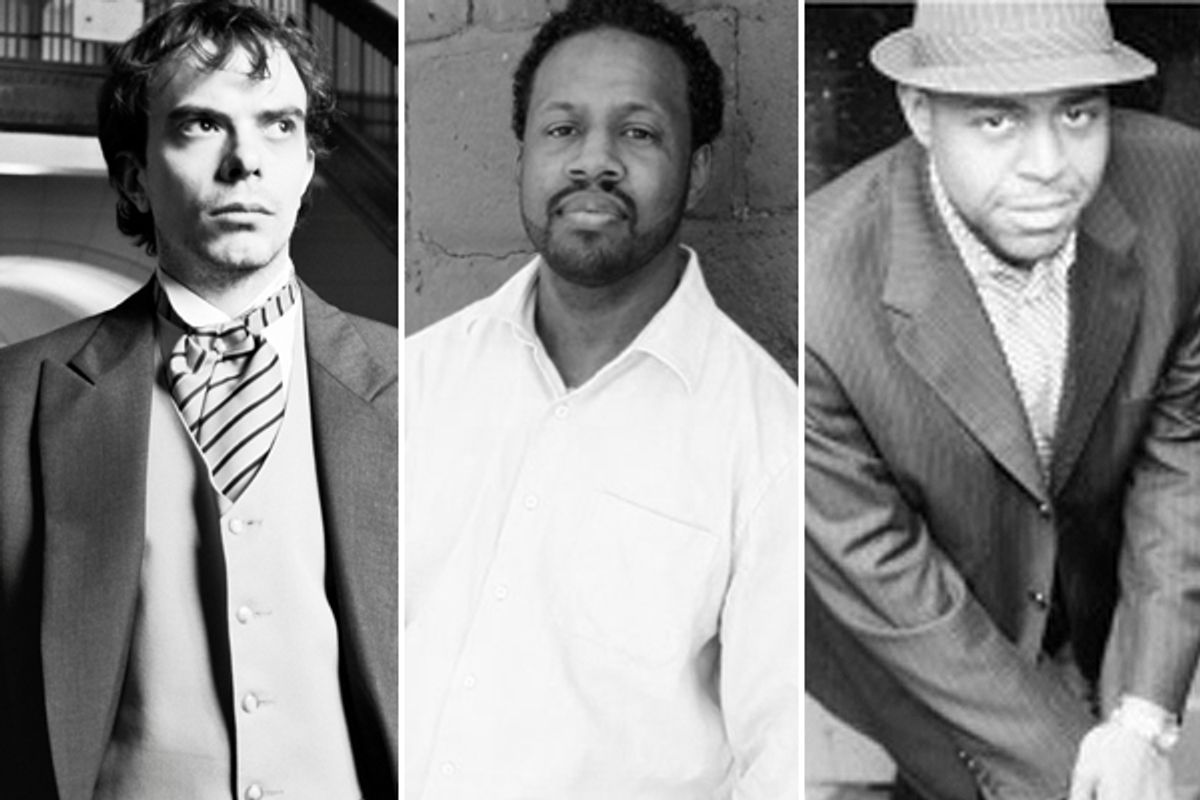 In the late '50s and '60s, during the peak of the civil rights movement, marches and meetings had a jazz soundtrack. Masterworks like Max Roach's “Freedom Now Suite,” Charles Mingus' “Fables of Faubus” and Sonny Rollins' “Freedom Suite” were equal parts incendiary and innovative — brilliant music that reflected their times with precision and passion. As that era gave way to the heyday of Black Nationalism, political themes continued in the vibrant jazz of musicians like Archie Shepp, Sunny Murray and Julius Hemphill, among others.

Yet by the '80s, fight-the-power odes died down in jazz, especially as rap and hip-hop emerged to carry the flag. Jazz veered toward easy listening instead. “I think jazz went through a period in the 1980s and 1990s where it was trying very hard to be 'America's Classical Music,'" says composer and bandleader Darcy James Argue. “The intentions behind this were laudable. The movement clearly succeeded in increasing respect for jazz in elite circles -- but it also defanged the music by stripping away the social and political context, or by trying to frame it in broadly inoffensive terms.”

Argue is one of the most prominent of a growing number of jazz musicians whose work features overtly political themes. They are reflected in major shows upcoming on both coasts. In November, "Brooklyn Babylon," an evening-length work featuring music by Secret Society, Argue's 18-piece band and visuals from graphic novelist Danijel Zezelj has its world premiere as part of the Brooklyn Academy of Music's Next Wave series. This weekend, renowned trumpeter Leo Smith presents his "Ten Freedom Summers," an epic work that traces the civil rights movement from the Supreme Court decision in Brown v. Board of Education to the passage of the Civil Rights Act, at the REDCAT Center in the Walt Disney Complex in Los Angeles. The music will be recorded for Cunieform Records for release in 2012.

Some of the top jazz recordings of the last 18 months have been by artists focused on politics. The Marcus Shelby Jazz Orchestra released "Soul of the Movement: Meditations on Dr. Martin Luther King" (Porto Franco) in January. Saxophonist Howard Wiley's 2010 album "Twelve Gates to the City" (HNIC) was inspired by his interviews with inmates at the Louisiana State Penitentiary, which is built on what was once a plantation. Other top political jazz albums include Mark Lomax's "The State of Black America" (Inarhyme) and "For Which It Stands" (Sunnyside), by the quartet Cloning Americana.

These recordings span a wide variety of jazz styles -- from lush big-band arrangements to intimate trios -- but they share musical common ground in their themes of dismay, anger and reflection. Note that all of the recordings have been released on independent and sometimes artist-run imprints. During the last decade, the major jazz labels, especially Blue Note and Verve -- once a vital support system for bold artists -- have mostly turned to other styles of music. Norah Jones helped keep Blue Note afloat, while Rhett Miller, Chris Isaak, Blues Traveler and Teddy Thompson have made albums for Verve.

In many ways, Argue is emblematic of the post-millennial jazz musician. He built a following for his group via his blog, where he posts political and musical commentary (in a delightful bit of jazz obsessiveness, he refers to orchestral jazz as "bigband," yes, one word) as well as MP3s of their performances. He used the website to fund his Grammy-nominated debut recording, “Infernal Machines” (New Amsterdam). He writes politically charged pieces that are also musically innovative; his harmonies cross sections. Rather than hard-charging battalions of trombones and saxophones, his music is more delicate. For instance, a piece might highlight harmonies created by flute, bass trombone and electric guitar.

Brooklyn Babylon's themes range from the gentrification of Brooklyn to the story of an artist who gets so lost in his work that he loses touch with what's happening in his community. Argue says that he and Zezelj felt like the character in their work as they watched  Occupy Wall Street, a movement they passionately support, grow while they are on the sidelines working on this piece. “It's hugely inspiring and absolutely relevant to the kinds of issues we are dealing with in Brooklyn Babylon.”

Argue agrees that jazz has had no choice but to take a turn toward the political. “After a decade of senseless wars and massive inequality, capped off by global economic collapse," he said, "it's become increasingly hard for anyone, including jazz musicians, to feel like they are somehow above the fray.”