That may or may not be my crotch

From Photoshop to pervy pickpockets, we take a look at dubious excuses given by politicians facing photo scandals 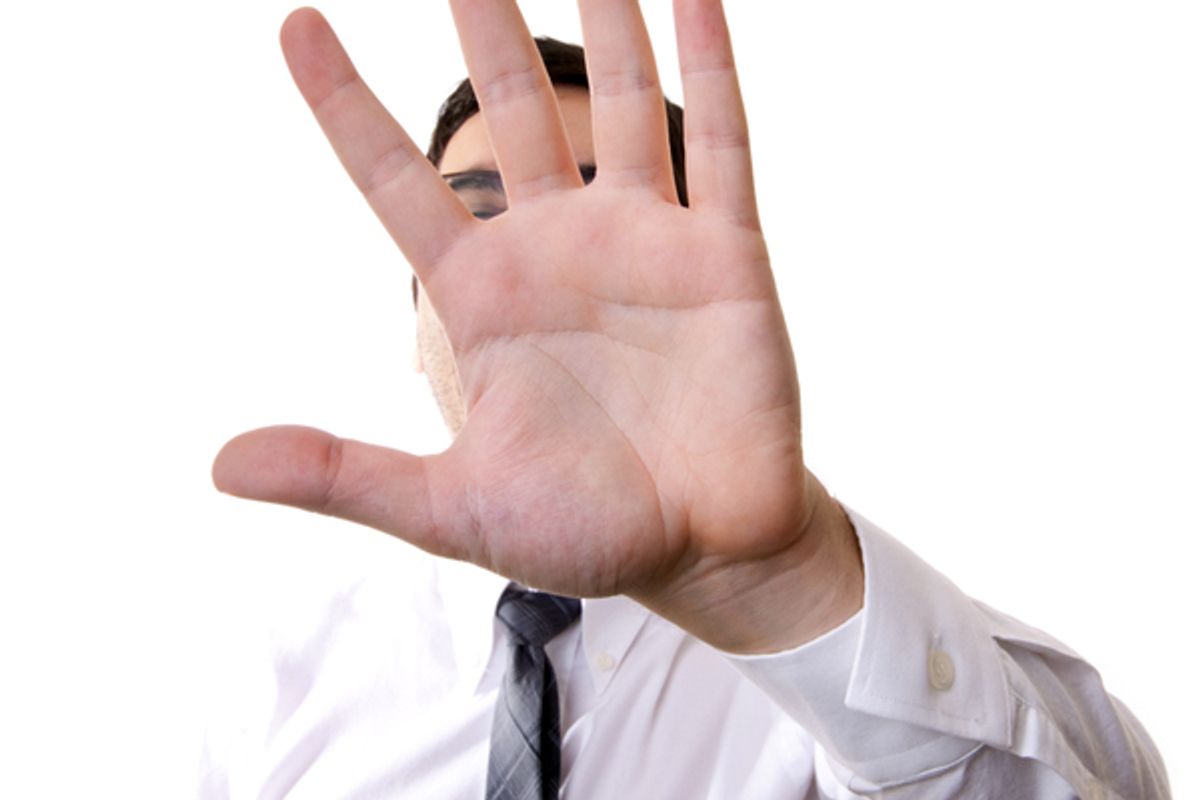 Sex scandals are no longer surprising -- especially when they come from right-wing conservatives and family values preachers. What continues to amaze, though, is the sheer implausibility of the denials that are made in the face of photographic evidence. Chris Myers, the mayor of Medford, N.J., is just the latest example: A male prostitute claiming to have serviced the husband and father of two has publicized images allegedly showing the Republican politician splayed out on a hotel bed in his underoos. In response, Myers pulled a Weiner, so to speak, and claimed that the images are photoshopped to look like him. Then he paradoxically speculated that someone might have snuck into his hotel room and covertly snapped the intimate shots of him.

We've put together a slide show to highlight the remarkable rhetorical gymnastics of politicians confronted with sexy -- or, really, not-so-sexy -- photo scandals.