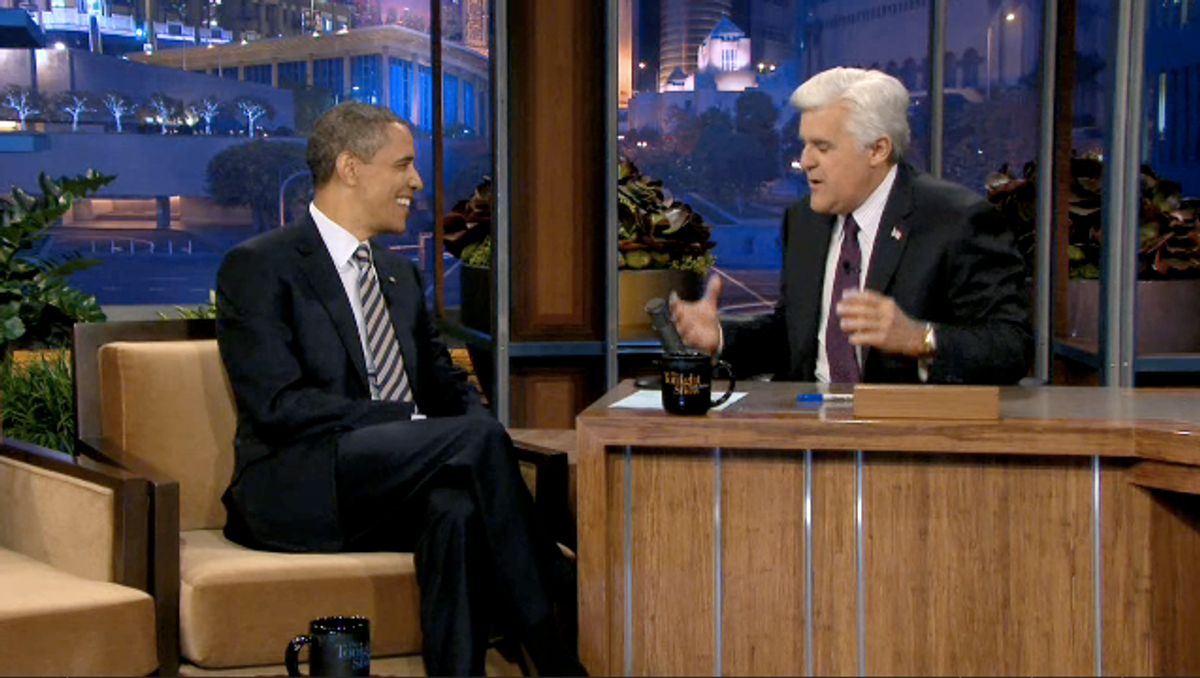 President Obama took a detour through late-night television yesterday evening for an hour-long conversation with Jay Leno that touched on matters of both domestic and international import. Also, the Kardashians.

After hashing through a variety of foreign policy issues in the first portion of the interview (which you can see here), the conversation's focus shifted stateside. Among the issues Leno and Obama tackled were Republican obstructionism,  executive orders, and Occupy Wall Street. On the last point, Obama continued in his efforts to tap into the growing anger of the 99 percent:

The American people feel like nobody's looking out for them right now. Traditionally, what held this country together was this notion that if you work hard, if you're playing by the rules, if you're responsible, if you're looking out for your family, you're showing up for work everyday and doing a good job, you've got a chance to get ahead and succeed. Right now, it feels to people like the deck's stacked against them, and the folks in power don't seem to be paying attention to that.

If everybody's tuned into that message -- and we are working every single day to figure out how do we give people a fair shake, and everybody's doing their fair share -- then people won't be occupying the streets, because they'll have a job and they'll feel like they're able to get ahead. But right now they're frustrated. Part of my job over the next year is to make sure, if they're not seeing it out of Congress, at minimum they're going to see in their president someone who's fighting for them.