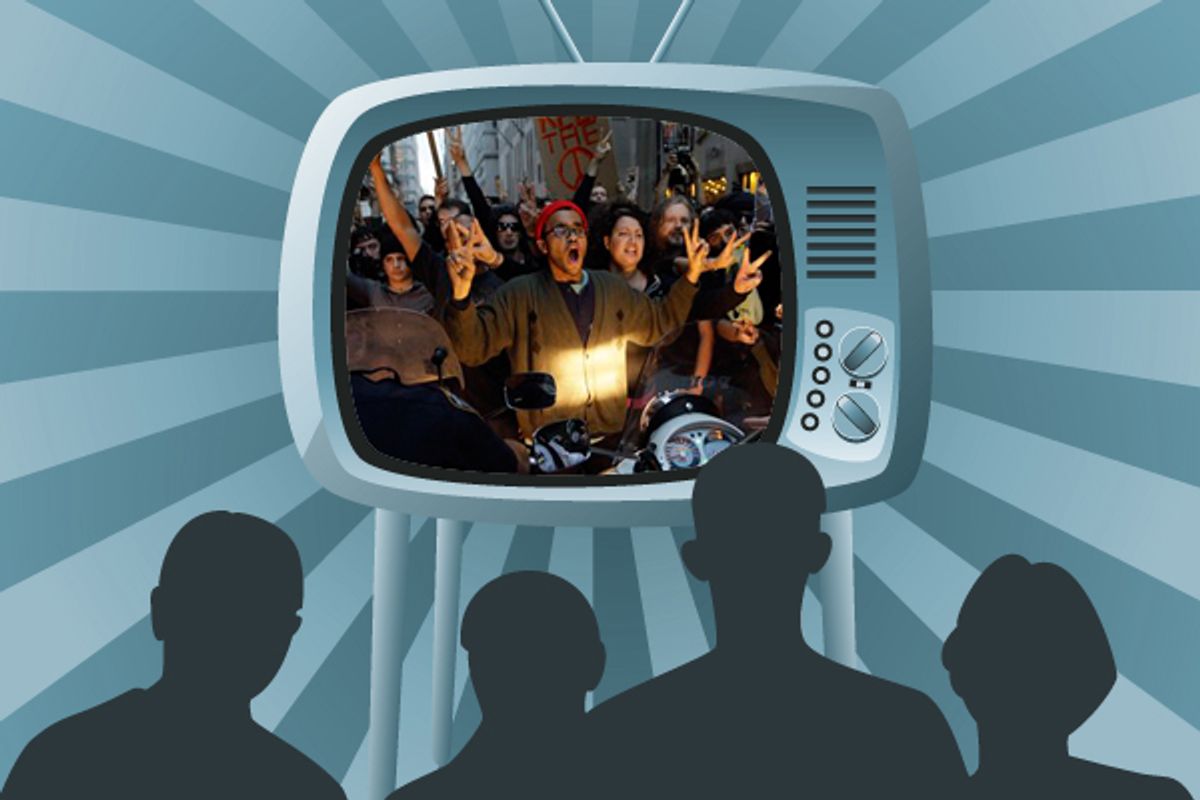 Forty-three percent of Americans generally agree with the views of Occupy Wall Street, while 27 percent don't agree, according to a new CBS/New York Times poll. The remaining 30 percent said they didn't know whether they agree with Occupy.

As Greg Sargent argues, given how young this protest campaign is, it's probably best to view this poll result as a tentative embrace of Occupy by Americans. But those numbers are still remarkable, and they clearly undermine the narrative that Occupy is somehow out of the mainstream.

Another notable finding: Asked how much they had heard or read about Occupy, 29 percent of respondents answered "not much" or "not at all." That means there's still a significant population out there that occupiers can reach.

Aaron Blake and Chris Cillizza at the Washington Post argue that the way Occupy is playing out could help Democrats in 2012:

That’s a significant perception problem for the GOP, and the Occupy Wall Street protesters — for whatever bad press they have created and will create due to the actions of some participants — are rallying support against the very class that the GOP is thought to favor.

It's worth keeping in mind here that, whatever the politics of the matter, both major political parties are extremely cozy with Wall Street.