The F-22 Raptor, the world's coolest and most pointless fighter, keeps trying to asphyxiate its pilots 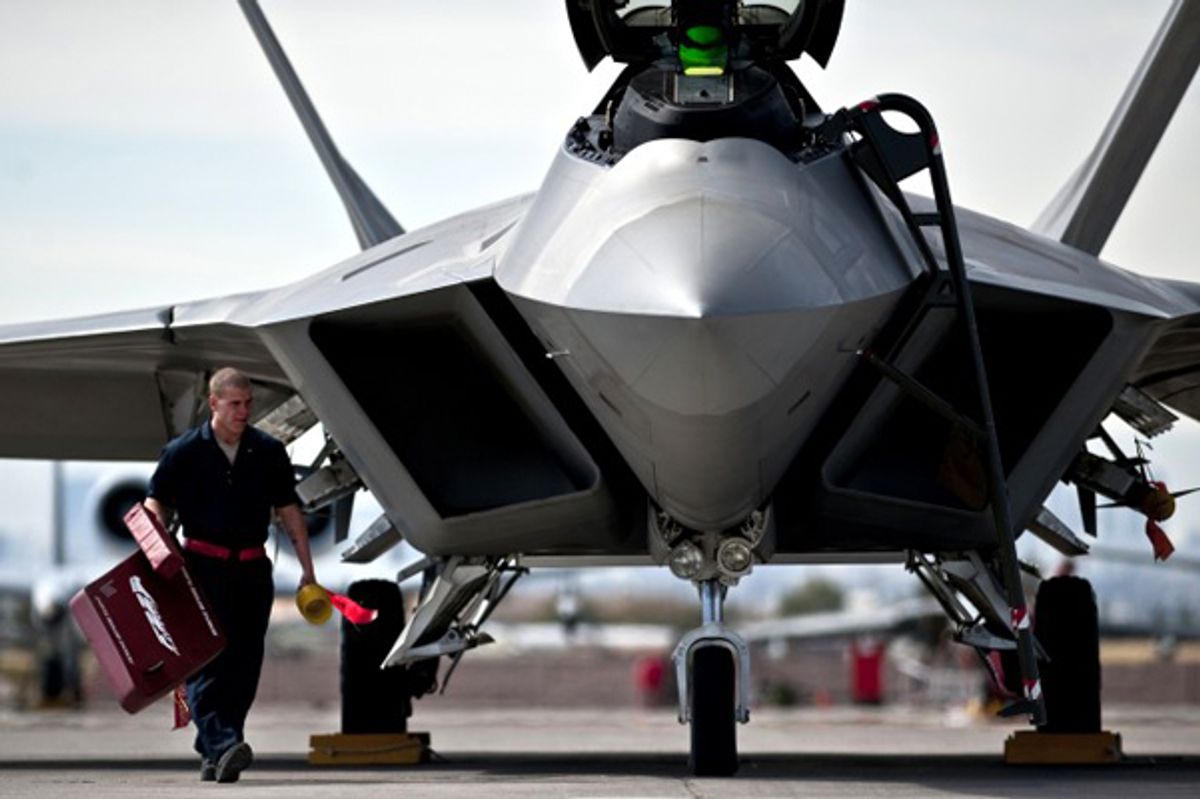 You know how if you buy something that's really expensive and it turns out that it's broken you ask the company that made the thing to fix it, for free, under some sort of "warranty"? That is not how things work in defense contracting. The Air Force is giving Lockheed Martin $24 million to figure out why pilots keep passing out from lack of oxygen while flying in Lockheed Martin's F-22 Raptors, the most expensive fighters ever built.

On no fewer than 20 occasions since 2008, Raptor pilots have reported mid-air black-outs, disorientation and other symptoms of oxygen deprivation — a.k.a., “hypoxia” — possibly related to the stealth fighter’s On-Board Oxygen Generation System, built by Honeywell.

Haha, whoops. Well, when you're only able to spend $66.7 billion on a fleet of supermaneuverable stealth fighter aircraft, these things will happen.

Mid-air blackouts in stealth fighters seems pretty serious! It's a good thing we don't actually need these planes, because billion-dollar fighters are essentially pointless unless we seriously expect a full-on old-fashioned World War to break out between us and China and Russia and maybe Australia.

Congratulations to America for winning the "world's coolest fighter plane" contest. It looked like a close race up until all the other competitors gave up 20 years ago. Maybe someone should just give the Pentagon a neat trophy so they stop building these insane things.