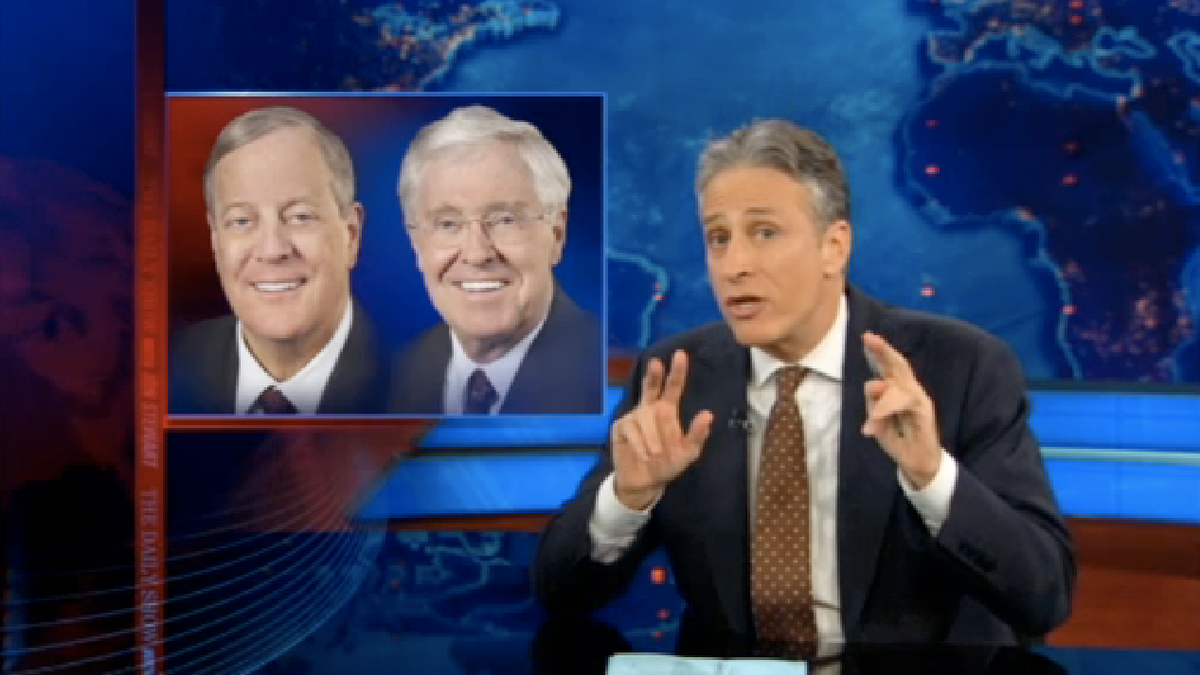 If a scientific study helps to confirm that, yes, global warming is really happening, only nobody on cable news takes the time to mention the research ... did it even happen in the first place? What if the study in question was funded by the Koch brothers -- the very same billionaire industrial magnates who helped bankroll 2009's ClimateGate hysteria? Did it happen then?

As Jon Stewart pointed out on "The Daily Show" last night, Berkeley scientist Richard Muller recently lent his voice to the chorus of scientists arguing for the existence of climate change. Muller released the findings of a study this week that confirm some basic, but major, suppositions about our warming planet, and he did this after receiving $150,000 in funding from the Charles G. Koch Foundation. His research would seem to represent, at the very least, a major symbolic victory for the scientific community. Only you would never know that from watching cable news these past few days, which attended instead to more pressing news matters -- like the return of the McRib.