Oh my god, they're duct-taping our plane!

Ryanair may be a "low-cost" airline, but trust me, it's not using duct tape to repair its planes, even temporarily 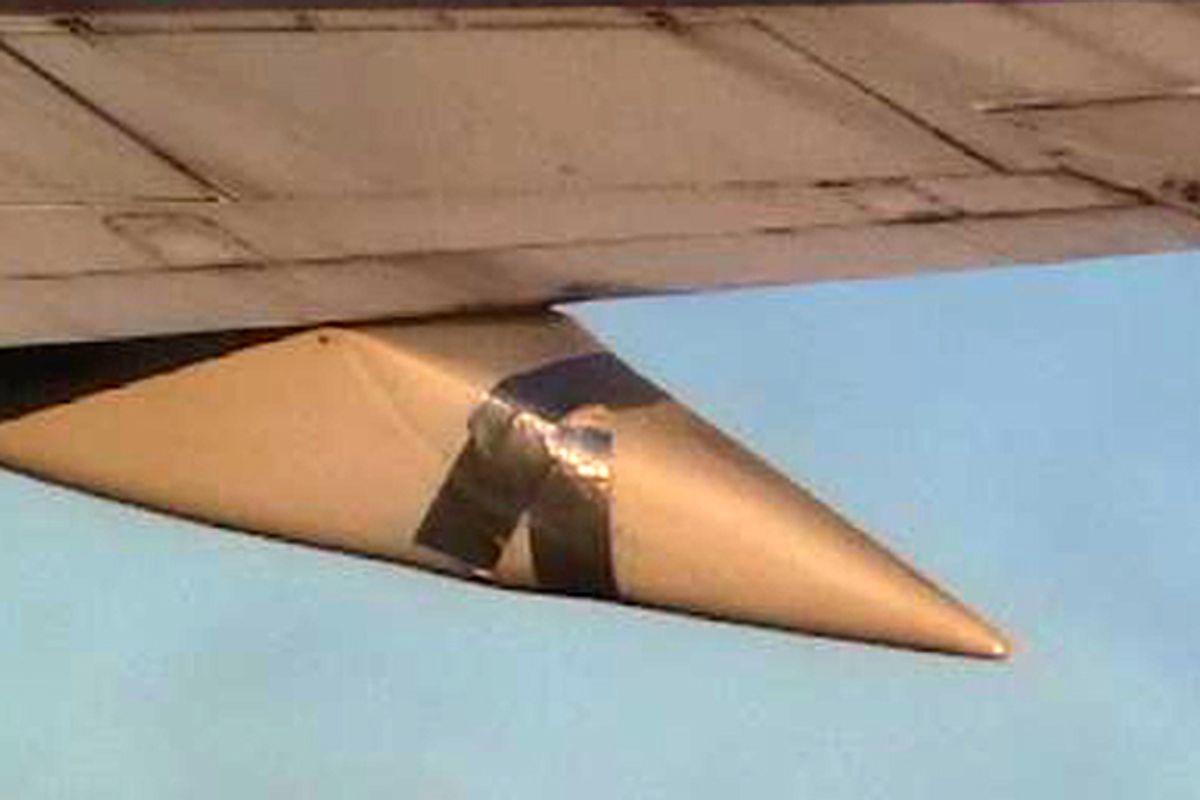 Oh no, another duct tape controversy.

This time it was a Ryanair 737. At London's Stansted airport, passengers watched with reported "horror" as a problem with the jet's windscreen was repaired using what they took to be duct or gaffer's tape. The plane took off for Riga, Latvia, only to return to Stansted 20 minutes later when, according to the UK tabloid Sun, the tape apparently came loose and began making "disturbing noises."

Granted, anything from the Sun is to be taken with a grain of salt, but this story was picked up by Gizmodo and other sites, and pretty soon millions of people were reading about it.

Say what you want about Ryanair overall -- this is a carrier known to push the boundaries of "low-cost carrier" into ever more controversial directions -- but this is another one of those things that looks a lot worse than it is.

For starters, there was no duct tape. The mechanics had applied a heavy-duty aluminum bonding tape known as "speed tape." Embarrassing as it might appear, superficial or noncritical components are routinely patched with this material. It's a temporary fix, until more substantive repairs are made later on. The tape is extremely durable and is able to expand and contract through a wide range of temperatures.

"We never use, and don't even stock, duct tape," says Charlie (last name withheld), a veteran airline mechanic with 22 years experience on Boeings. "Some of the tapes we use cost hundreds, even thousands, of dollars per roll. Speed tape is one of those. Last I heard, it costs about $700 per 4-inch-wide roll. It's approved by the manufacturer, FAA and company engineering department for certain repairs ... always temporary."

This was a cosmetic application; the tape was used to keep uncured sealant in place; by no stretch was it "holding the window in" or any such claim. The taped section was not a stressed area of the windscreen or frame.

"The seal around the outside of a cockpit window is strictly an aerodynamic seal," explains Charlie. "The real, structural seal is deeper inside. This is not an automobile windshield; the actual glass panel is sandwiched between the airframe structure and removable outer heavy stainless steel retainers. The outer, aerodynamic seal is a wet-mixed sealant, which smooths the step from the windshield to the retainers. This sealant usually requires about 24 hours to fully cure. If the aircraft needs to fly during that period, it is permissible to apply tape to the outside to protect the sealant during flight. I have seen two different types of tape used: a clear Mylar tape and the aluminum 'speed tape.' The company's maintenance manual will tell you which kind is permitted, and for how long."

Why then, did the plane return to Stansted?

"There may have been a small pressurization leak," adds Charlie. "Or, it may simply have been that some of the tape peeled away. At high flying speeds, this will create a vibrating 'scream,' or high-pitched squeal as the unstuck tape flutters against the airframe and windshield. This could have created alarm in the flight crew and resulted in the turn-back."

The term "pressurization leak" is bound to scare you, but in fact small pressure leaks around windscreens and doors aren't uncommon. They're chiefly a nuisance, and not an indication that the plane is about to rapidly decompress, or that a window is going to be blown from its frame. They can be difficult to troubleshoot, however, and as air escapes it can sometimes make an extremely loud whine, squeal or hiss.

This isn't the first time that airplanes, speed tape and the Web have joined forces to create a scandal. The photo at the top of this post was sent to me by a reader several years ago. It shows the aft portion of a flap fairing. Yes, that's speed tape, and yes those canoe-shaped fairings are noncritical. They're a streamlining device, mainly. They protect the flap extension tracks from damage and help smooth the airflow around them. My only gripe is the haphazard way in which the tape has been applied. Let's face it, it looks terrible. Cockpit crews could help too in these situations through something as simple as a public address announcement.

One way or another, Ireland's Ryanair always manages to find itself in the news. Michael O'Leary, the carrier's flamboyant CEO, seems to thrive on publicity and controversy. Among O'Leary's off-the-wall pronouncements, you might recall, discussed here and here, was a proposal to lower crew costs by training flight attendants to sit in for the first officer.  Cue caricature of Mr. O'Leary, a big piece of speed tape over his mouth.