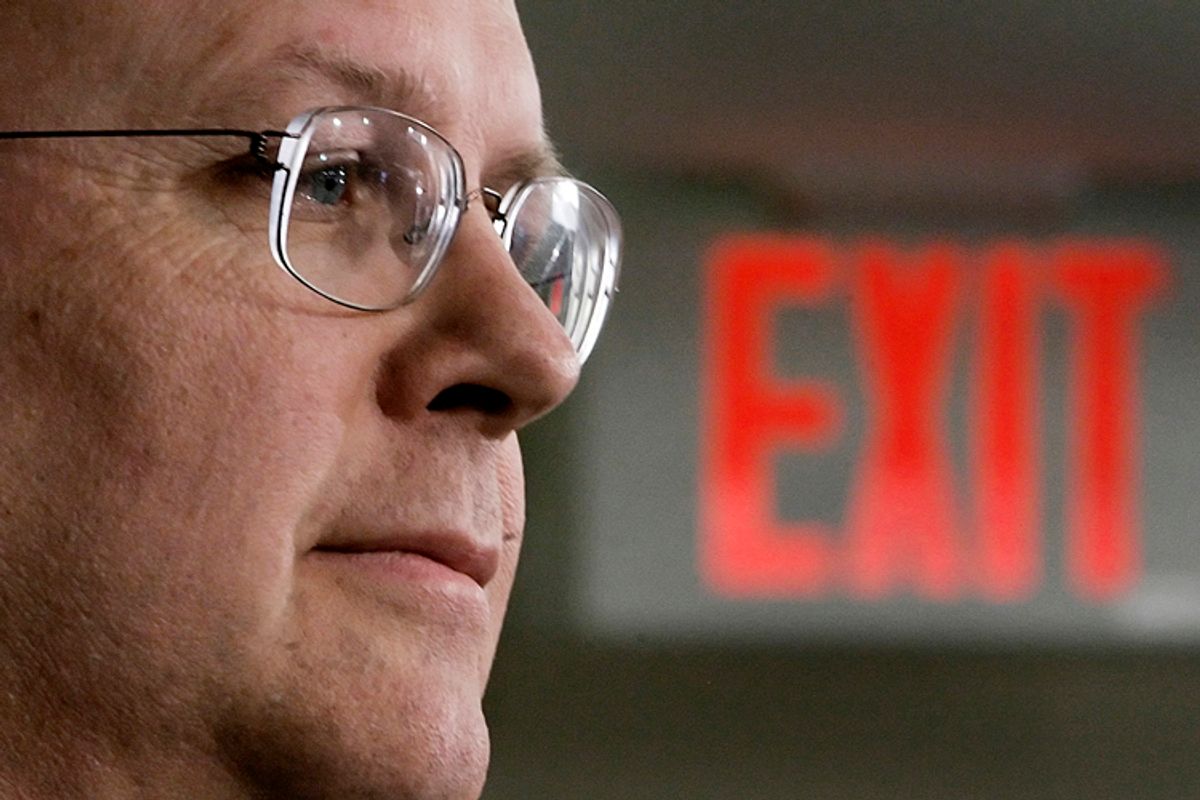 Karl Rove has already begun his independent, well-funded campaign to return a Republican to the White House. Any Republican will do, honestly, but he would strongly prefer a somewhat competent and "electable" one, thank you very much. So he's attacking all the non-Mitt Romney candidates, not because he is under the impression that voters care what Karl Rove thinks, but because he knows that the GOP professionals with a vested interest in winning elections care what Karl Rove thinks.

Rove is very much in a "do I have to do everything myself" mode these days, which is why he's also running the GOP's congressional campaign as an independently funded venture. Here he is practically acting as a Romney surrogate on Fox and attacking Herman Cain, because actual Romney surrogates seem unable to.

He's performed this same service on Michele Bachmann and Rick Perry. He catches flak for trashing the conservative movement darlings, but he really does not care. (Though Rove's insistence on the Republican Party at least maintaining the illusion of fidelity to the mainstream has strained his relationship with the Koch brothers.)

Romney is not entirely immune to Rove's attacks: Rove is carefully admonishing the former governor for not attacking public employees unions with enough fervor, but this is done to educate the probable nominee rather than paint him as unacceptable.

Acting like a pundit while actually managing a national political campaign for a well-funded Super PAC seems a bit ethically problematic, but the Wall Street Journal and Fox News obviously don't really care. Fox needs Rove, too, because after months of dedicating endless airtime to Bachmann and Cain and even Santorum and Gingrich, someone's got to help the conservative rabble feel comfortable settling for Mitt Romney.