The Simpsons save Halloween, again

Slide show: \"The Simpsons\'\" Halloween special has managed to get better with time. Here are my favorite segments 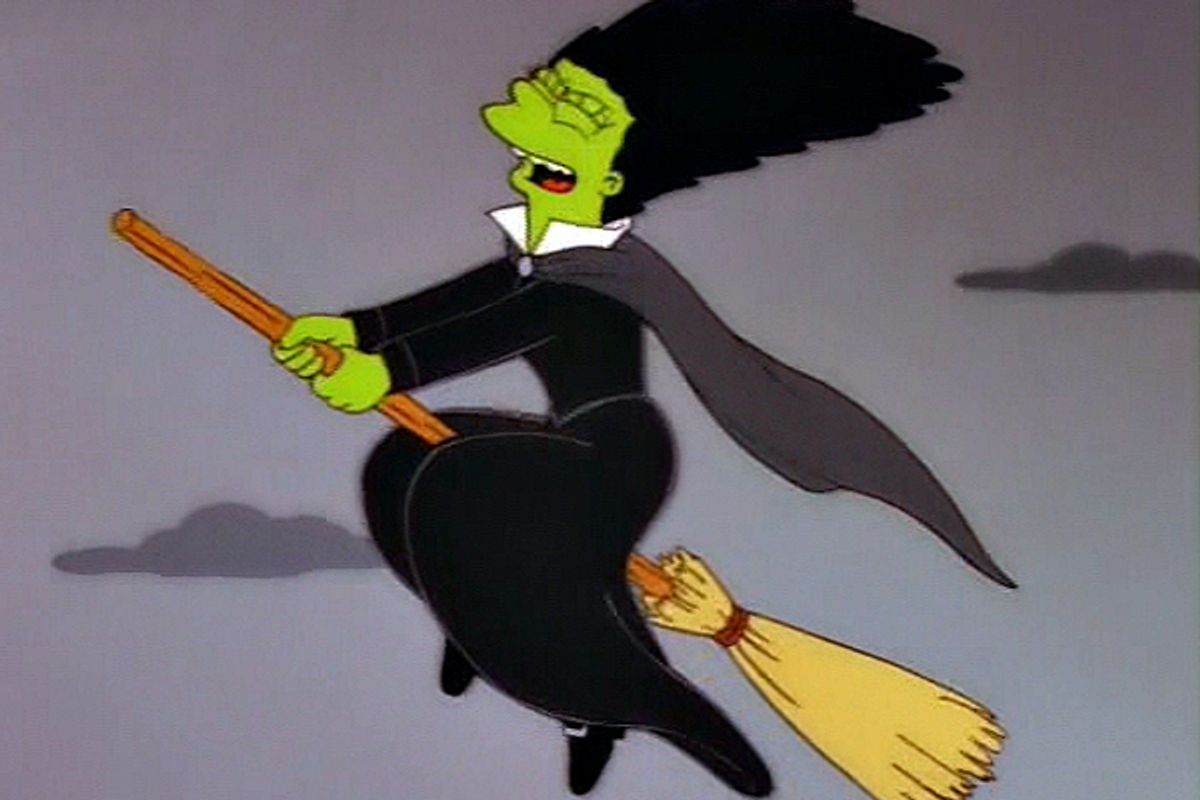 "The Simpsons" airs its latest installment of "Treehouse of Horror" this Sunday -- a long-standing tradition that lets an already formally daring cartoon show let its imagination run wild. The "Treehouse" segments have been the show's most reliably inventive during its second decade; while composing this list of my personal favorite segments (not entire episodes) I was pleasantly surprised by how many installments from the later years ended up claiming slots.

What else is there to say? Oh, right: If you're wondering where "Dial Z for Zombies" is, it's No. 11, which means it's not on here. I love it -- especially the immortal line "Is this the end of Zombie Shakespeare?" -- but I like these just a little bit more. List your own favorites in the Letters section. To quote Marge in "The Shinning," go crazy.