After I left my abusive boyfriend

I transformed myself when we split, but it wasn\'t just about reclaiming my self-worth. It was about becoming normal 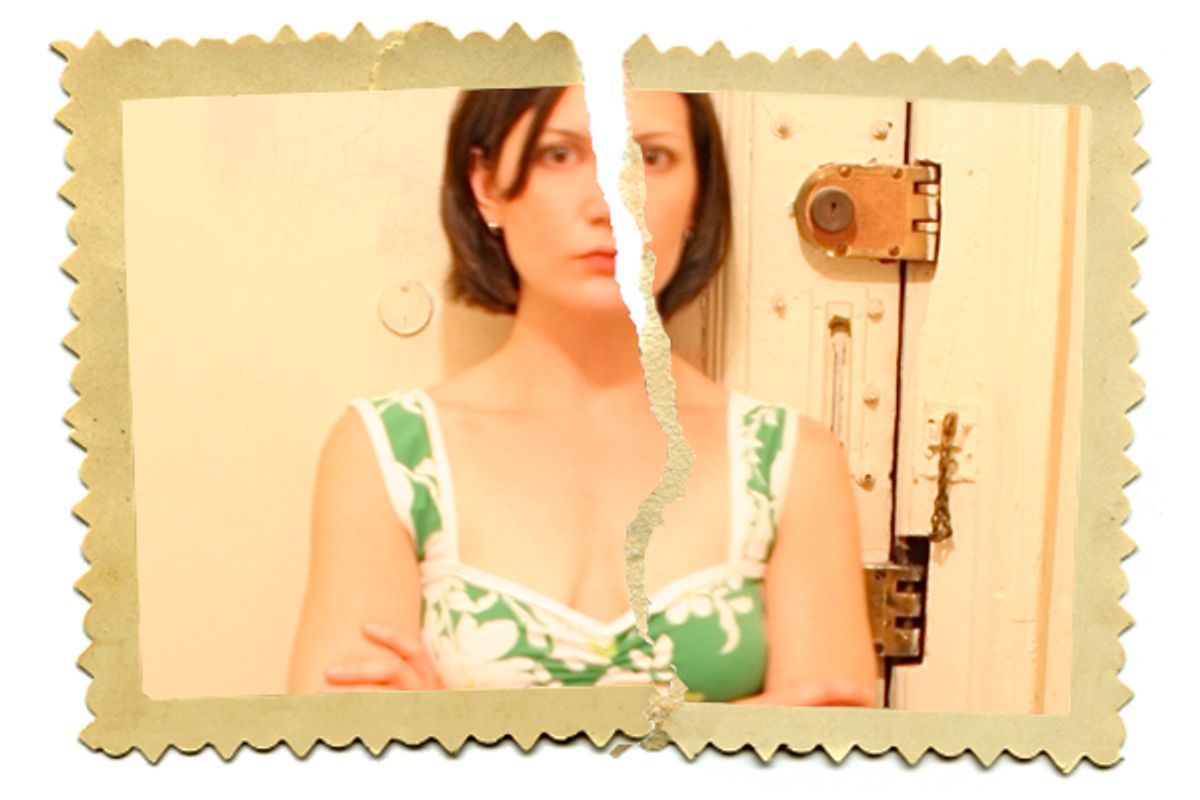 The author (Photo courtesy of the author)
--

I decided to leave my boyfriend not because he had hurt me, but because I was turning 30. He had hurt me, but by the time I left him, it had been four years since he’d harmed me. Our first year together was violent; eventually he was arrested for domestic assault, and he became one of the small percentage of men to go through a batterer intervention program and never attack their partner again. For the years that followed his arrest, I stayed with him because I needed to prove to myself that there was a reason I’d stayed in the first place. The relationship was never a good one, but by the end, it was tolerable. I didn't want to spend the rest of my life in a passable relationship. That is why I left.

A few things happened around the time I decided to leave. First, I lost a lot of weight. Then I bought new clothes, clothes that were a far cry from the jeans-and-hoodies gear I'd adopted to avoid attracting attention. I started wearing skirts and cute little dresses with cute little heels. I got a shorter, more daring haircut; with my diminished size I began to look nearly gamine. Exercising made my skin glow. I discovered liquid eyeliner. “When did you become such a babe?” a co-worker asked. “You’ve been an undercover hottie all this time,” said another. I would remember this as I’d go to the gym or plop down sums of money on the sorts of clothes that had been unimaginable only months before.

You might think, as I did at the time, that my self-guided makeover was about rediscovering my self-worth. It was partly that, yes: When your “emergency contact” is the same person at whose hands you have suffered an emergency, your sense of self-worth isn’t exactly at its healthiest. But this physical transformation wasn't just about restoring my self-esteem.

When you’re in an abusive relationship, or at least when you are me in an abusive relationship, you don’t recognize how standard your story is. You think that you’re special. That he’s special, that he needs your help and that’s why you can’t leave; that you’re special for recognizing what a great gift you’ve been given, despite its dubious disguise. I never bought into the “he hits me because he loves me" cliche, but I came close: I stayed because I truly believed I alone was special enough to see through the abuse to see him, and us, for what was really there. It was an isolating belief -- another characteristic of abuse, one I didn’t recognize at the time -- but moreover, it was a combustible mixture of arrogance and piss-poor self-esteem, and one that made me feel unqualified to ever play the role of Just Another Person.

After I left the relationship I’d finally recognized as anything but special, I wanted nothing more than to be unremarkable. Striving to be conventionally pretty was my way of reentering the world of, well, convention. It was no accident that the first post-breakup date I accepted was with the most conventional man I’ve ever gone out with: a hockey-loving lawyer with a tribal armband tattoo who used the term “bro” without irony. I needed to prove that the “special” men weren’t the only ones who would see me and want to see more. So I put on a pretty little dress with pretty little lingerie underneath, and I let him buy me dinner. I showed little of my inner self to him -- I wasn’t ready for that, and I knew he wasn’t the one to show myself to anyway. But eagerly, and with every convention a pretty girl might use on a good-looking bro, I showed him the rest.

Beauty became a tool that allowed me to begin to believe that I was worth being seen. After years of longing for even a single day when the first thought that entered my mind in the morning would have nothing to do with him, after years of exhausting my every resource to try to convince my family and friends and boss and above all myself that I could handle it, the stream of assurance I got from looking pretty in an everyday, pedestrian, stock-photo, conventional sort of way was a lifeline. I let the slow drip of looking unremarkably pretty sustain me while I began the real work of rebuilding. Beauty -- or rather, giving myself the tools of banal, run-of-the-mill, utterly ordinary prettiness -- allowed me to reconstruct a part of myself that had gone mute for years. And then I constructed another, and another, and another.

Eventually, I abandoned my strict adherence to this new style. The cute little dresses, the high heels, the smart haircut: In embracing that part of myself to the exclusion of all others, I was still reacting to a desperately unhappy time of my life. I wore red nail polish because my ex hated it; I wore heels because he liked me so much in sneakers. I wore dresses because, for the first time in years, I truly wanted to be seen. I embraced a conventionally feminine look for a time because I needed to radically alter how I presented myself to the world.

People who are recovering from difficult situations are often told to draw from their “inner strength” -- good advice that forgets that sometimes, every gram of inner strength is going toward just holding yourself together. And with abuse, which is known for its power to erase the victim’s identity, the concept of “inner strength” is particularly questionable: You can’t draw from inner strength when you feel like nothing is there. I needed to draw from outer strength; I needed a routine that would help me reconstruct. I eventually got to reconstructing the inside. But I needed the framework first.

Attention to one’s appearance cannot be the end point of becoming our richest selves. But for some -- for me -- it can be a beginning.