"Charles Dickens": The secret life of a literary giant

Charles Dickens was the Victorian era\'s most beloved writer, but even he couldn\'t live up to its unforgiving morals 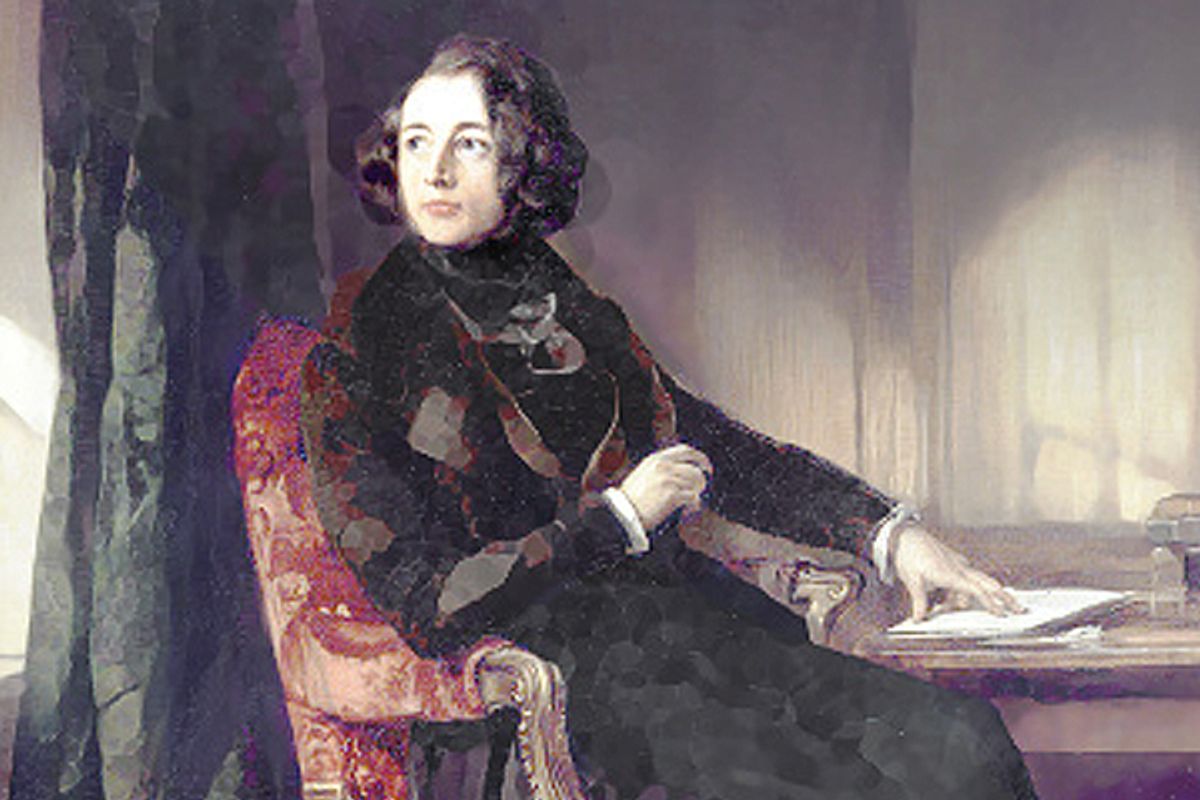 No writer better mastered the novel's delicate calculus of art and entertainment than Charles Dickens. He was admired by literary grandees and adored by the masses, who famously turned up on American docks to ask the passengers on arriving ships for news of the next serialized installment of "The Old Curiosity Shop." Dostoevsky was honored to meet him while visiting Britain and ordinary people thronged to see his dramatic readings of scenes from his books. "The whole world knows Dickens, his London and his characters," writes Claire Tomalin in her new biography of the author, but the portrait she paints is of a man who, to his sorrow, did not always know himself.

When Dickens' daughter Katey was in her 80s, she asked a friend to transcribe her memories of her parents, hoping to correct the popular image of her father as "a joyous, jocose gentleman walking about the world with a plum pudding and a bowl of punch." (It should be said that there were times when Dickens, an enthusiastic entertainer, was very much that gentleman.) "He was not a good man," Katey said, "but he was not a fast man, but he was wonderful!" By the time you get to the end of Tomalin's "Charles Dickens: A Life," when this statement is quoted, Katey's switchbacking sentence seems right on the nose.

Born to a Naval Pay Office clerk who married the daughter of a colleague, Dickens was only one generation away from the servant class; Tomalin finds reason to believe that his father's biological father was the master of the house where his mother worked as a lady's maid. John Dickens appears to have enjoyed some influential sponsors and he certainly cherished the impression that he was entitled to a lifestyle beyond his means. His spendthrift ways (a model for Mr. Micawber in "David Copperfield") forced the family to move countless times and, in the defining trauma of Charles' childhood, the 12-year-old boy -- a clever, industrious student -- was sent off to work in a blacking factory for over a year.

Eventually Dickens did get an education, and while he attempted to establish himself as a journalist and author, he fell in love with a pretty, empty-headed, flirtatious young woman who ended up breaking his heart when her parents deemed him too financially marginal for their daughter. Not long after that, Dickens made what he came to regard as the biggest mistake of his life by marrying more or less on the rebound. His bride, the former Catherine Hogarth, was, in Tomalin's words, "a nicely brought-up and uncomplicated young woman," whose chief appeal for Dickens seems to have been her willingness to let him have his own way in everything.

Tomalin sees the great weakness of Dickens' fiction -- his inability to create interesting, believable heroines -- as linked to his troubled private life. (Katey, it seems, would have agreed, telling her friend that "he did not understand women" and that "any marriage he made would have been a failure.") This isn't entirely true to the books; many of the older women in Dickens' novels have the breath of life in them, which is more than can be said for his almost universally sweet, helpless heroines. But Tomalin is spot-on when she observes that "foolish little women are more often presented as sexually desirable in his writing than clever, competent ones."

A man of considerable appetite for food, drink and merriment, Dickens also liked sex; Catherine was pregnant for most of the 20 years they lived together and gave birth to 10 children. He never wanted more than three, and held the couple's abundance of feckless sons against his wife. As unfair as this was, Tomalin also finds evidence that Dickens was unusually ambivalent toward the customary Victorian man's recourse in such matters: the throngs of prostitutes who worked 19th-century London. This is not to say that he never used their services, but he was sufficiently disturbed by their plight to strive not to.

Dickens' marriage finally came undone when he fell in love with an actress, Ellen Ternan, 27 years his junior. Ternan had been brought up as a "lady," so the consummation of this love was by no means guaranteed. Eventually, however, she became his mistress, a clandestine relationship that lasted the rest of his life and was established enough that Dickens' daughter and sister-in-law came to regard Ternan as a friend. The truth about Ternan and Dickens came out only gradually -- it was one of the things Katey wanted to make known in her final years, to make up for taking her father's side when her parents separated.

Because so much of the correspondence and other documentation on Dickens' relationship to Ternan was destroyed, Ternan herself is a bit of a mystery. She was clearly intelligent and determined. We know that after Dickens died, she revamped her identity, passing herself off as 14 years younger than her actual age and making a perfectly respectable middle-class marriage. Her husband never knew she had been more than a family friend of the great novelist, and her son only found out about it after she died. Tomalin was so intrigued by Ternan's story that she interrupted her work on this biography to write a separate book about the woman, who, she concludes, "must have had nerves of steel" to pull off such a deception.

As for Dickens, he may have found a more satisfying feminine companion in Ternan, but he behaved very badly toward his wife, blaming her for the marriage's failure, making it difficult for her to see her children and publishing unkind statements about their separation in the press. On her deathbed, she piteously pressed his old letters into her daughter's hands, asking her to preserve this evidence "that the world may know he loved me once."

Tomalin notes on more than one occasion that "once Dickens had drawn a line, he was pitiless," although to be fair, only Catherine and her allies seem to have endured this exile without earning it. The counterpart to his coldness toward her was his extensive charitable activity; Tomalin opens the book with an account of how he labored to rescue a poor serving girl on trial for murdering her illegitimate stillborn child. With the help of a wealthy philanthropist, he set up and ran a shelter for "fallen" women, providing them with the education and resources to find legal work and make new lives for themselves. He insisted that they be treated with respect and subjected to a minimum of pious sermons. "Society has used her ill," he explained, with exceptional sensitivity, to his partner, "and turned away from her, and she cannot be expected to take much heed of its rights and wrongs."

He was always raising money to support the widows and orphans of fellow writers, as well as investigating the conditions in workhouses, prisons and hospitals, and leveraging his ever-increasing prominence to reform them if they proved inhumane. His charm was legendary, and his energy superhuman, burned off in epic walks, frequently through parts of London that other members of his class fastidiously avoided. He was remarkable in his time for not condemning the poor for their poverty, and if he wrung tears out of his readers with maudlin scenes of dying children, he followed those scenes with prods to their conscience by stating that such avoidable tragedies were taking place around them every day.

He was also, of course, a great novelist, one who proved again and again that vibrantly drawn settings and vital supporting characters can more than compensate for bland protagonists. Dickens himself once complained of the constraining virtues expected in the hero of an English novel, and said he yearned for the freedom of French authors. He might have taken that freedom, just as he might have chosen to live a more openly bohemian life with Ternan; he had several friends who did just that. Yet he could not.

Dickens' intimate life is worth examining not just because he was a notably autobiographical novelist -- working his experiences in the blacking factory into "David Copperfield," for example -- but because his personal contradictions illuminate his work and its time. He could not confess his alliance with Ternan because he was the foremost promoter of the Victorian cult of bourgeois domesticity, a vision of settled order that he must have longed for during his insecure, chaotic and often lonely childhood. Yet the perfect composition of compliant wife and jolly brood was never really enough for him. At the same time, it was altogether too much; he resented the demands of his family and, for a celebrator of hearth and home, he was perpetually restless, hitting the road for grueling reading tours that exhausted him even as they slaked his thirst for adulation.

Rather than consider the contradictions in any of this, Dickens preferred to blame the individuals implicated in his disappointments -- Catherine above all. His fiction doesn't traffic in moral ambiguity, complexity or paradox. Its clarity and vigor derive from the popular drama that Dickens loved so much. Because this view of the world doesn't allow for a good person to find himself in a situation where no choice he makes can be entirely right, or even for a good person to challenge a conventional value like the stigma attached to divorce or extramarital sex, Dickens was compelled to look for villains. It was unacceptable to him that he could be hero and villain at the same time, though that's exactly what he was. He was the best of men, and occasionally he was also the worst. But, as Katey declared, he was never anything less than a wonder.

Biography Books Charles Dickens Our Picks What To Read