The problem with "America in Prime Time"

PBS' smart series finds a fresh way into TV history, but too often misses the forest for the trees 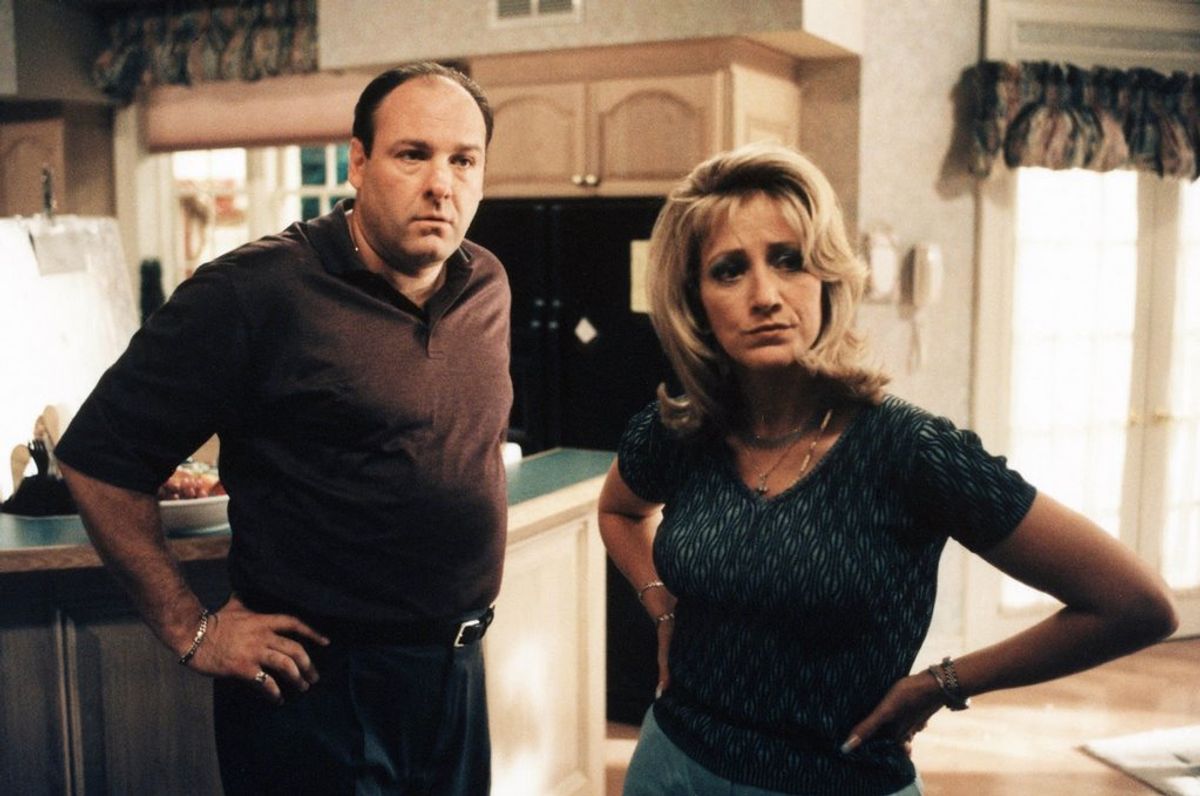 Whatcha lookin' at, America? A new PBS series examines TV archetypes, from "I Love Lucy" through "The Sopranos" and beyond. (HBO)
--

The evolution of American television is such a rich subject that it's a wonder that it hasn't spawned better documentaries. Too many attempts to address the subject feel like Wikipedia entries with clips attached -- a couple of scenes, a couple of dates, some pithy observations, a soundbite from somebody who was there, and zip!, onto the next thing.. "America in Prime Time," which debuts tonight at 8 PM/7 central, finds a fresh (and refreshing) way in. But the advance raves for the series oversell its virtues and ignore its weaknesses. Both its good and bad qualities are bound up in what is admittedly a very clever format.

Rather than fixate on a particular show, performer, producer or era, "America in Prime Time" -- a coproduction of The Documentary Group and The Academy of Television Arts & Sciences Foundation -- builds its episodes around durable TV archetypes, stirring in quotes from producers, writers and performers. David Chase, Roseanne Barr, Mary Tyler Moore, Matthew Weiner, Vince Gilligan, Carl Reiner, Rob Reiner, Shonda Rhimes, Larry David, David Simon, Norman Lear, Diane English: the list of expert witnesses is lengthy and impressive. And because they're all smart people being asked smart questions, their answers rise above the PR-scented blather you often get in this kind of doc.

Tonight's debut, "Independent Woman," starts with "I Love Lucy" in the 1950s, then takes us through Mary Tyler Moore's groundbreaking characters in the '60s and '70s through Murphy Brown in the '80s, finishing in the present with "Sex and the City," "Weeds," "Nurse Jackie," "Desperate Housewives" and "Grey's Anatomy." The sketches of the individual shows and their heroines double as a not-too-stealthy documentary of modern feminist thought and imagery from the 1950s through the present. Next week's episode, "Man of the House," plays like an answer, or companion, to the premiere, tracing a line from "Father Knows Best" and "The Honeymooners" through "The Cosby Show," "The Bernie Mac Show," "The Sopranos" and "Modern Family"; like the pilot, and all the episodes in "America in Prime Time," the second installment is only ostensibly "about" its shows and characters. It treats them mainly as reflections of what was happening in the culture at large -- in this case, the crisis of American masculinity. Future episodes deal with "The Misfit" ("The United States of Tara," "Curb Your Enthusiasm," "Beavis and Butthead" and the like) and "The Crusader" ("M*A*S*H", "The X-Files," "House").

The filmmakers' format is unusual and exciting, but it's also irksome. It eliminates some problems that have dogged other TV history docs while creating others. And there are times when it gets so wrapped up in its enthusiasm about a particular show or performer that it briefly abandons the episode's rhetorical through-line -- which wouldn't be a bad thing if the digression didn't hint at a more engrossing series than the one you're currently watching.

For instance, next week's "Man of the House" pretty much goes off the rails -- in a good way -- when it gets to Tony Soprano, a suburban gangster whose internal multitudes are so vast unruly that they cannot be constrained by the episode's Gender Studies 101 thesis. For a few minutes the episode stops being about the masculine self-image as reflected (and shaped) by TV, and turns into a "Sopranos" worship-fest, with pretty much every expert witness (including "Twin Peaks" creator David Lynch) rhapsodizing about how great the show was, and what a huge impression it made on them as artists and people.

I loved "The Sopranos", too. But this segment inadvertently points out how this documentary's greatest asset, its fresh format, closes off some potentially rich areas of study, and creates a "forest for the trees" problem. There was more to "I Love Lucy," "The Dick Van Dyke Show" and "Murphy Brown" than images of dependent or independent womanhood, and there was more to Andy Taylor, Cliff Huxtable, Tony Soprano and Walter White than images of fatherhood, breadwinning and masculinity in crisis. There are times when you can feel the show straining to make quotes and in some cases entire shows fit its thesis.

This is especially notable in tonight's opener, which makes the history of women characters on TV sound a lot less messy (and more inspiring) than it is. The treatment of men in "Man of the House" is more complicated -- at once tougher and more compassionate -- than tonight's depiction of women and feminism, which too often lapses into a "You go, girl!" vibe, and overlooks the more problematic aspects of the shows it examines. "Desperate Housewives" and "Sex and the City", for instance, are milestone programs that deserve to be mentioned, but you could easily fill an hour with the complaints that feminist-minded critics have lodged against them, starting with the gripe that the heroines are basically campy drag queen fantasies of actual heterosexual womanhood. "America in Prime Time" doesn't even go there; according to this show, once Mary Richards threw her hat in the air, TV history was one victory for the representation of women after another.

Things get looser and more contentious in future weeks. Among other things, we get to hear Michael C. Hall praising his "Dexter" character, a lovable serial killer, in the same episode with David Simon ("Homicide", "The Wire") and Tom Fontana ("Homicide," "Oz") talking about why they dislike the show. Frankly, I wouldn't have minded a more free-associative, freewheeling series -- one that, for example, spent a whole episode discussing surrealism and horror on TV, from "The Twilight Zone" and "The Outer Limits" through "Twin Peaks" and "The Sopranos," or the cop and hospital dramas as mirrors of modern urban life, with detours into the archetypes that the series is so enamored with. Yes, I realize I'm asking for a very different series than the one I'm reviewing, and believe me, this one is good -- well worth watching and arguing about. But if it were totally satisfying, my mind wouldn't have wandered off in other directions.