The strange evolution of our dysfunctional presidential primary system. 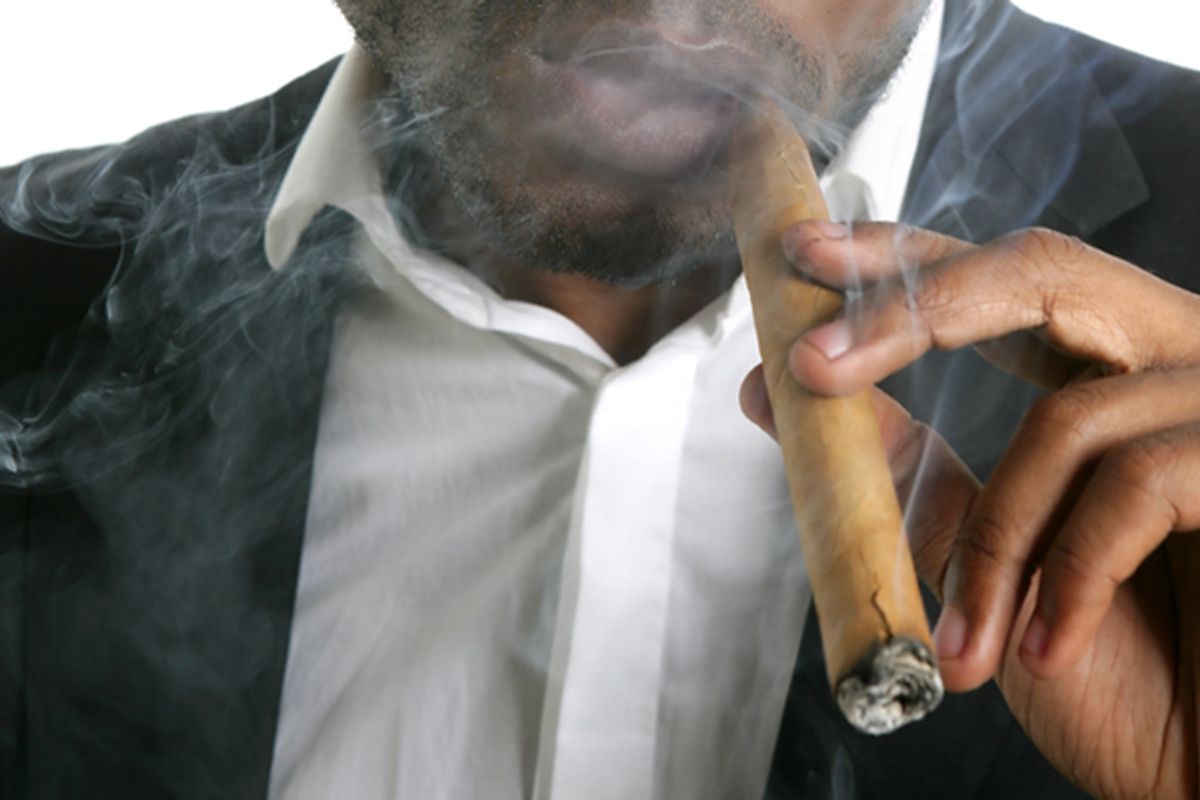 Time to revive the "smoke-filled room" of presidential politics? (holbox via Shutterstock)
--

A traveling carnival of candidates arrives in another town (and on another network) for a weekly debate more than a year before Election Day -- a schedule so mind-numbing that some candidates will now pass up debates and the free publicity that they provide. States jockey for ever-earlier positions on the presidential selection calendar -- playing a game of chicken, with the outcome barely averting pushing the first contest of 2012 back into 2011. Meanwhile, parties, candidates and SuperPACs collect billions in contributions, setting the stage for an unprecedented and unbelievably expensive barrage of campaign ads.

Is this any way to choose the leader of the world’s richest, most powerful nation?

The primary system intensifies many of the features of the political system that Americans routinely criticize in public opinion polls -- the pervasive influence of Big Money in expensive, endless campaigns, the excessive influence of ideologically extreme activists, the inability of public officials to make deals and broker compromise.  It’s enough to make people long for a return to an earlier era when party leaders, determined to find winning candidates, hashed out the nominees and their platforms. Could Americans bring back the “smoke-filled room" (doing without the cigars, the scotch, and all-male enclaves)?  Or is the primary system, like the Senate filibuster and Fourth of July firecrackers, a venerable American tradition that we’re simply stuck with, like it or not?

The primary system is no sainted legacy of the Founding Fathers, it’s a relative newcomer. Believe it or not, primaries did not decide the major party presidential nominations until the 1970s. As late as 1968, the race for the White House featured just 15 primaries selecting only 40 percent of convention delegates. Vice President Hubert H. Humphrey won the Democratic presidential nomination in 1968, and he didn’t run in a single primary!

Florida enacted the first presidential primary law in 1901, but the movement really took off after the 1904 Republican National Convention when the party leadership refused to seat the delegation led by Robert M. LaFollette, Wisconsin’s reformist Republican governor, instead recognizing the slate organized by the party machine. Outraged by the snub, “Battlin’ Bob” returned home and shepherded through a law providing for the mandatory election of national convention delegates by the party’s members. But the law lacked any provision for indicating the delegates’ preferences for presidential contenders: Voters would elect convention delegates, but they would not be openly identified with or pledged to vote for a particular candidate. LaFollette’s reform wrested power from party machines, but the convention, not the rank-and-file still chose the nominee.

The next step -- the presidential preference primary -- took shape in Oregon in 1910, when LaFollette’s progressive colleague, Sen. Jonathan Bourne (LaFollette had since moved to the U.S. Senate) sponsored a referendum to establish a presidential primary with delegates legally bound to support the winner. By 1912, a dozen states had instituted primaries and, for the first time, candidates openly stumped for primary votes from their party faithful. Nonetheless, the primaries remained a sideshow. Even though the popular ex-President Theodore Roosevelt won nine of 12 races that year, defeating incumbent President William Howard Taft even in his home state of Ohio (Taft beat T.R. only once, scoring a narrow victory in Massachusetts; LaFollette defeated Roosevelt in Wisconsin and North Dakota), he stood no real chance of unseating Taft in a race still dominated by party leaders.

Eight years later, the number of primaries had swelled to 16, but Progressive reformers hoping to open up the presidential selection system remained disappointed. The eventual Democratic nominee in 1920 ran only in his home state primary; the other primaries featured local favorite sons. It took 44 ballots at the national convention to select a candidate. On the Republican side, none of the three leaders in the primaries came close to winning; in a back-room deal that added a new phrase to the American political dictionary, Republican bosses settled on a compromise candidate, Sen. Warren Harding of Ohio, in a “smoke-filled room” in Chicago’s Blackstone Hotel.

Over the next two decades, the number of primaries actually shrank as numerous states simply repealed their primary laws. Horse-trading (sometimes even exchanging the vice presidential nomination for delegate votes) and assembling endorsements from kingmakers who controlled large blocs at the national convention remained the ticket to the White House.

In 1960, much to the surprise of the leading contender, the modern system began to take shape. The Democrat’s presumptive nominee -- Senate Majority Leader Lyndon Johnson -- ran a traditional backroom campaign. But the other candidates, including Minnesota Sen. Hubert Humphrey, Missouri Sen. Stuart Symington and the junior senator from Massachusetts, John F. Kennedy, contested the primaries. Even though his strong showings in Wisconsin, Pennsylvania and West Virginia hardly ensured victory at the Los Angeles convention -- the primaries taken together still accounted for fewer than half of the delegates -- Kennedy’s modern media campaign, complete with sophisticated commercials and celebrity appearances by Frank Sinatra, convinced many party barons that the charismatic young war hero would be formidable in the general election. Kennedy won the nomination on the first ballot.

It was not until 1972, however, that the primaries became decisive, accounting for more than 60 percent of delegate selection and opening the nominating process to million of American voters. In response to Humphrey’s boss-brokered nomination in 1968, both parties reformed their nominating processes. A record 21 states held primaries in 1972 (by 2000, 40 would), with twice as many Americans casting votes than ever before. In 1977, New Hampshire amended its state’s primary law to assure its status as the first primary state and, in 1988, a group of nine southern states joined together to create “Super Tuesday.” With a few tweaks, and ever more states holding earlier primaries, that system remains in place today.

Sadly, the current mess hardly realizes Robert LaFollette’s dream of open, democratic selection. If anything, the “interests” that Progressive reformers feared hold even greater sway now than when party officials hashed out the ballot lines: At least they needed to find candidates who would appeal to a broad swath of the rank-and-file.

Proposed reforms like concentrating the primaries in a single month of three or four regional elections or emulating the practice in many state-level elections where candidates must receive a minimum share at a meeting of party officials to qualify for the primary ballot might remedy some of the endless and outlandish features of the current system.  The presidential preference primary has played a very odd role on the American political stage. The time may have come to give it the hook.

Bruce J. Schulman, the William E. Huntington Professor of History at Boston University, is the author of "The Seventies" (DaCapo Press).