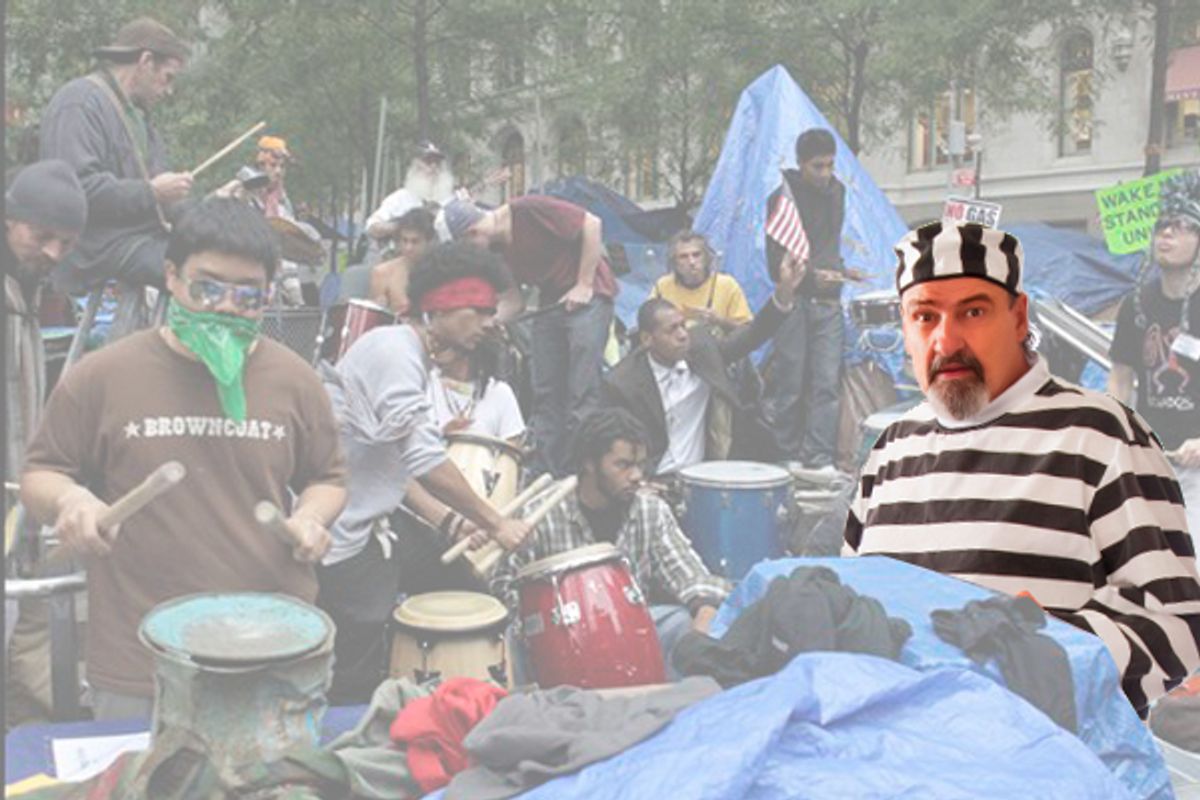 The New York Department of Correction is denying rumors that it is dumping newly released Rikers Island prisoners at Zuccotti Park in order to undermine Occupy Wall Street.

The rumor was apparently first aired in the New York Post last week, and I've since heard it repeated by several occupiers. Suspicion of the Bloomberg administration is running deep among the protesters, particularly after a credible report over the weekend that the NYPD has been encouraging drunks to hang out at Zuccotti. There also seems to be a growing problem with troublemakers in Zuccotti who are not particularly interested in the Occupy movement.

But the prisoners rumor is not true, says Sharman Stein, spokeswoman for the Department of Correction.

She says it's the policy of the city jails, which house detainees awaiting trial and those people who have sentences of one year or less, to leave off released prisoners at a transportation hub in the borough of their residence.* Each day, a Department of Correction bus drops off people being released at those hubs in the five boroughs.

"In Manhattan that spot is Canal and Centre streets," Stein says. "Now, that's pretty close to Zuccotti. But that spot existed before Occupy Wall Street."

Indeed, that intersection is less than 10 blocks from Zuccotti. But there's no evidence that this practice has anything to do with Occupy, nor, for that matter, that former prisoners are the ones causing problems in the park.

* This sentence has been corrected from an earlier version.