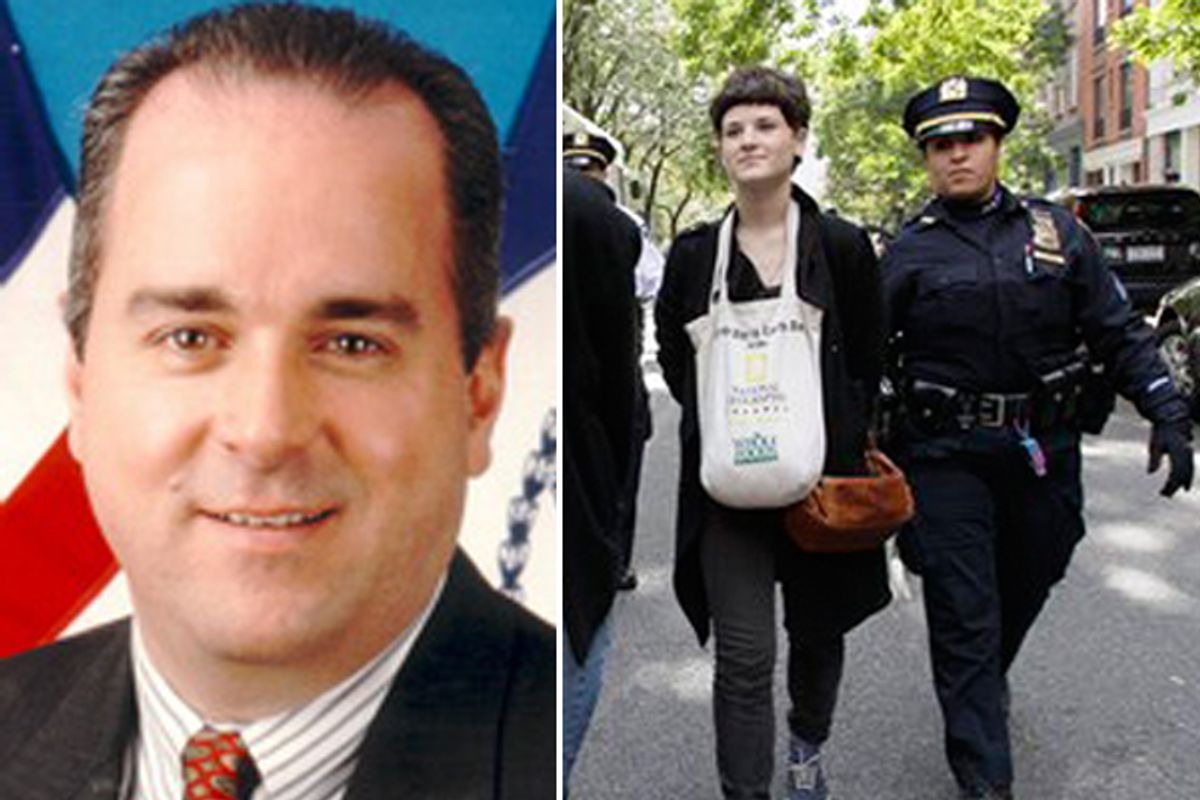 In a New York Post op-ed, Mullins also said that "at least 20 officers have been hurt during flare-ups with protesters whose actions are becoming increasingly hostile and aggressive" -- a fact that he claimed had gone "mostly unreported."

But since Mullins made his claim -- which was picked up by many large media outlets -- both he and the NYPD itself have declined repeated opportunities to detail the injuries allegedly sustained by police officers.

It matters not only because injuring a police officer is a serious charge -- and potentially a crime -- but also because we're at a crucial moment in the evolution of the media narrative about Occupy. Headlines are starting to appear about whether protesters' "clashes" with police could mar the movement's image. Some of these headlines are based on real (though, so far, exceedingly rare) incidents of reported violence by protesters. Some are based on far flimsier evidence.

A few obvious questions follow from Mullins' allegation about injured cops: Who are the officers and under what circumstances were they hurt? Were Occupy protesters arrested and charged in any of the cases? And given Mullins' threat to bring civil lawsuits against anyone who hurts an NYPD sergeant, has that happened in any of these 20-plus cases?

I'm particularly interested in Mullins' claim because I've attended most of the major Occupy marches in New York, and while I've witnessed tension between protesters and police, I've never seen an officer get hurt.

Since last week I've repeatedly tried to get answers to those questions from spokespeople for the NYPD and the SBA. The department has not responded to inquiries. After several days of not returning calls, SBA spokesman Bob Mladinich told me today that "Unfortunately some scheduling issues arose and [Mullins] won’t be available for interviews for at least the next few days."

I also asked Ronn Torossian, a public relations executive in New York who works for the SBA, for more information about those injured police officers. He told me in an email that "The SBA will not be providing those details at this time." (Torossian labeled the email "off the record not for attribution," but I did not agree to those terms.)

It seems odd that either the NYPD or the SBA would be hesitant to release this sort of information, given the adversarial stance of the police toward the occupiers.

All we can say for sure at this point is that it's impossible to verify Mullins' claim that more than 20 officers have been injured during the Occupy protests.