Those found drinking in city parks are told by officers to "take it to Zuccotti," the Daily News reports 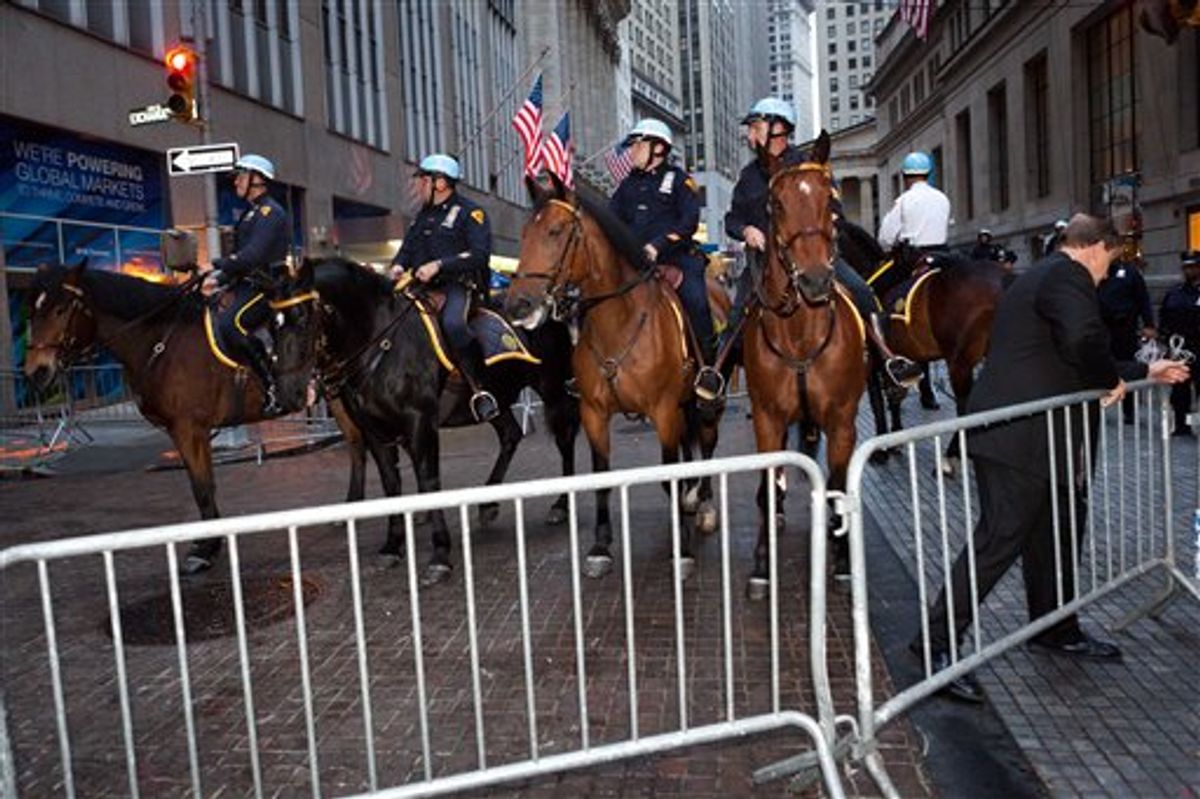 There's a bombshell allegation buried in this story from Sunday's Daily News: The NYPD is reportedly telling drunks to hang out in Zuccotti Park, apparently as a way to undermine the credibility of Occupy Wall Street.

But while officers may be in a no-win situation, at the mercy of orders carried on shifting political winds and locked into conflict with a so-far almost entirely non-violent protest movement eager to frame the force as a symbol of the oppressive system they’re fighting, the NYPD seems to have crossed a line in recent days, as the park has taken on a darker tone with unsteady and unstable types suddenly seeming to emerge from the woodwork. Two different drunks I spoke with last week told me they’d been encouraged to “take it to Zuccotti” by officers who’d found them drinking in other parks, and members of the community affairs working group related several similar stories they’d heard while talking with intoxicated or aggressive new arrivals.

“He’s got a right to express himself, you’ve got a right to express yourself,” I heard three cops repeat in recent days, using nearly identical language, when asked to intervene with troublemakers inside the park, including a clearly disturbed man screaming and singing wildly at 3 a.m. for the second straight night.

Emphasis mine. Siegel added on Twitter that he has sourcing for the story beyond the two drunks cited above, though he did not elaborate.

The NYPD did not comment to the Daily News. I've asked them for a response to the allegations and I will update this post if I hear back.

In other NYPD-related news, hundreds of off-duty officers turned out in the Bronx over the weekend to protest corruption indictments against several of their fellow officers. The scene turned ugly, with the off-duty cops reportedly shoving a cameraman and taunting nearby welfare recipients.

UPDATE: Asked about the Daily News report, an NYPD spokesperson responded with a two-word email: "It's false."