What "withdrawal" means for an empire

As troops pull out of Iraq, Obama plans more combat forces elsewhere in the Middle East 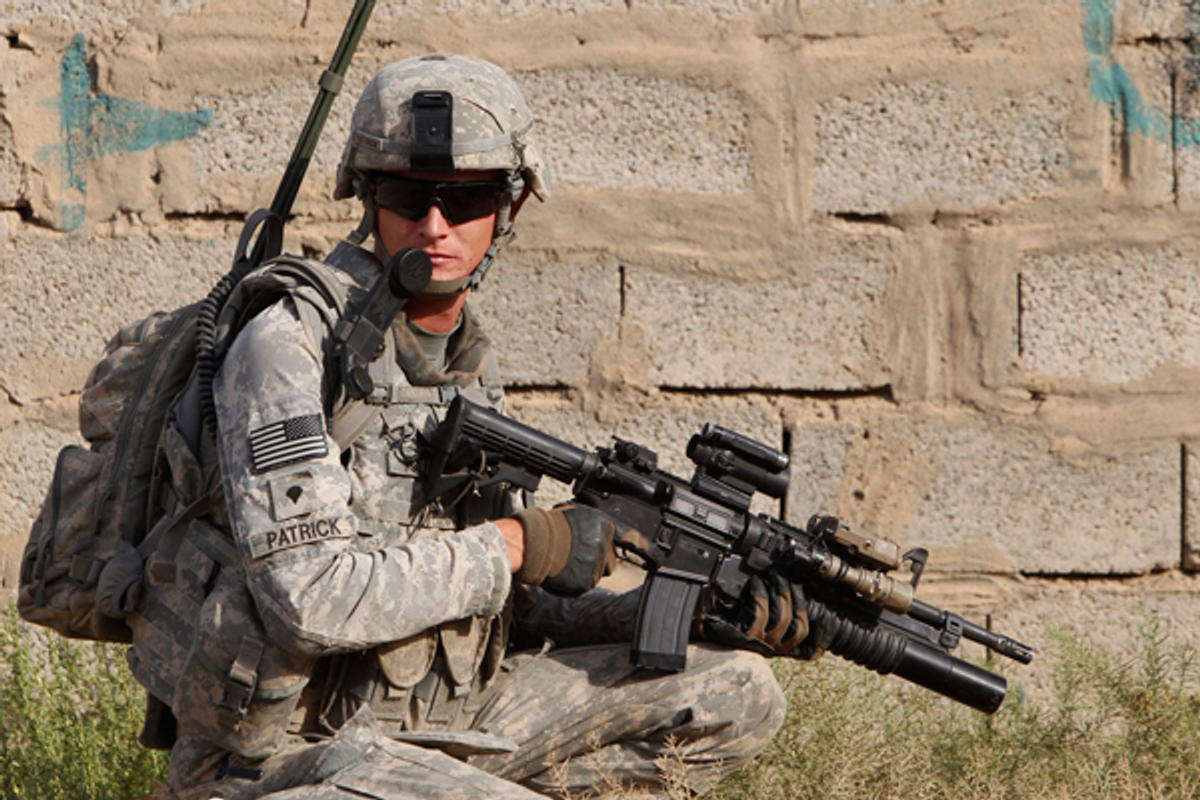 A U.S. soldier takes up a position during a patrol in the city of Kirkuk (Reuters/Saad Shalash)
--

Last week here at Salon, we had a good back and forth about whether America is an empire, and why even pondering that question is so taboo. Quite serendipitously, our debate came just before this big report in the New York Times over the weekend:

The Obama administration plans to bolster the American military presence in the Persian Gulf after it withdraws the remaining troops from Iraq this year, according to officials and diplomats. That repositioning could include new combat forces in Kuwait...

In addition to negotiations over maintaining a ground combat presence in Kuwait, the United States is considering sending more naval warships through international waters in the region.

Indefinite military occupations of resource-rich regions is one of the hallmarks of empire -- indeed, if we saw another country do that, we would almost certainly refer to it as an unacceptable imperial move. Of course, the justification of the Obama administration's announcement doesn't hew to the standard lexicon of imperialism; it applies our modern newspeak in an attempt to promote the fallacy that the United States acts only out of selfless benevolence.

There's lots of talk, for instance, about regional "stability" -- a buzzword designed to downplay democratic ideals and rationalize America's continued support of the brutal dictatorships that serve as our client governments. We're also hearing the old War on Terror tropes about how we must stay in the Middle East indefinitely and not show weakness by supposedly cutting and running. We're not an empire, these voices insist. It's just that "the complete withdrawal of our forces... is likely to be viewed as a strategic victory by our enemies!" as 12 Republicans write in a absurd new letter.

Only in the words of Secretary of State Hillary Clinton do we see this paternalistic imperial ideology, with all its inherent contradictions, laid bare:

“We will have a robust continuing presence throughout the region, which is proof of our ongoing commitment to Iraq and to the future of that region, which holds such promise and should be freed from outside interference to continue on a pathway to democracy,” Secretary of State Hillary Rodham Clinton said in Tajikistan after the president’s announcement.

Yes, according to Clinton, we must have a "robust continuing presence throughout the region" -- read: a massive military force propping up undemocratic regimes -- in order to make sure the region is "freed from outside interference to continue on a pathway to democracy."

Reminiscent of oxymoronic burn-the-village-down-to-save-it declarations of yore, Clinton's statement -- which goes completely unexamined and unquestioned by the Times -- shows how imperial agitprop in 2011 works.

Rather than brazenly promoting the greatness of the empire, American government officials appeal to their citizenry's sense of morality and kind-heartedness. They do this because they know most Americans don't want to see themselves as contributing -- even indirectly -- to imperial oppression and avarice around the globe. Hence, empire is presented as a project of noblesse oblige, "democracy" and "nation building" -- a project that lets citizens feel good about themselves, even as their government props up brutal regimes, squelches democracy and rules a foreign region with threats of invasion and retaliation.

There's a simple lesson here: Just because a nation's foreign policy rhetoric doesn't sound like imperialism doesn't mean it's not an empire.