Who should judge book awards? 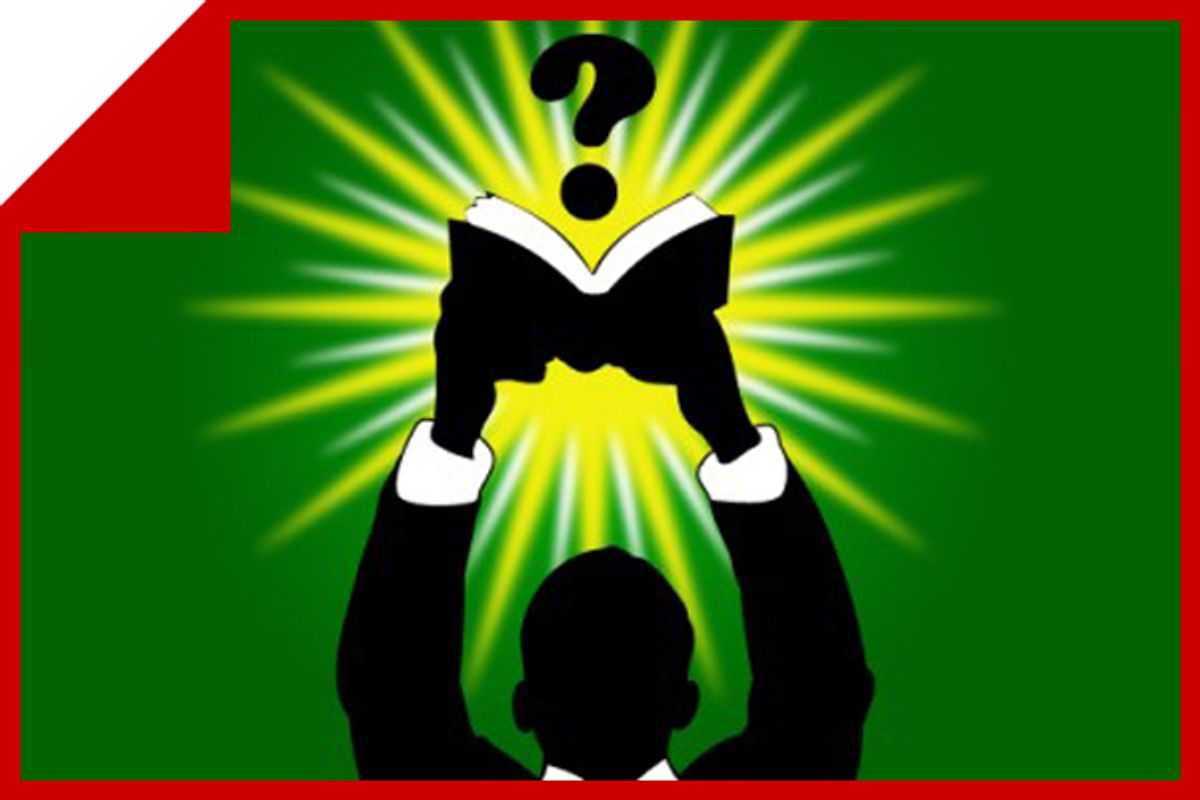 Earlier this month, Salon book critic Laura Miller called the often-obscure nominees for the National Book Award in fiction an illustration of the widening gap between the literary community and the reading public, and offered her own ideas on what makes a book award-worthy. As the NBA ceremony approaches on November 16, we want to broaden the conversation on what makes a book great, and the purpose of literary awards. We begin that conversation with Victor LaValle, one of the judges who selected this year's fiction finalists.

When I finished graduate school, I had a masters of fine arts from a prestigious institution, a manuscript that would eventually become my first published book -- and almost no marketable skills. Luckily, I landed a full-time job as a bookseller at a large Barnes & Noble in New York. The pay wasn’t much above minimum wage but they did offer health insurance. They even let me request the section I wanted to work in and I chose Fiction. I was 25 and had spent the last seven years immersed in Literature. Who better than me to serve the fiction-reading public?

Unfortunately, I sucked at the job.

There were three reasons for this. First: I was lazy.

The Fiction section of the Barnes & Noble at Union Square is on the enormous fourth floor of a four-story building. Fiction and poetry take up only about a quarter of it. There’s even a large-scale reading venue reserved for big names. Patricia Cornwell, author of the super-popular Kay Scarpetta crime novels, read in that space while I worked there. The fourth floor seems as big as an arena.

When I checked in for my shifts, it was easy to skulk in one of the far aisles and read. There were usually two or three of us working in Fiction & Poetry; customers had plenty of options for help besides me. But if they did find me in the back, hunched down, concentrating on a novel, it was because my nametag — not my posture — betrayed me as an employee. If I was discovered, I helped the customer find a book with such low-wage petulance — the special mix of lethargy and bile — that they never asked me a question on subsequent visits.

You might have guessed the second problem: I thought I was above the job.

I was an (unpublished) writer! I’d read at a much higher-than-average grade level since, well, grade school. Also, I’d come from (somewhat) humble beginnings and pulled myself all the way up to the formidable station of artist. This 40-hour-work-week deal wasn’t my job. Creating great writing was my job.

(Yeah, I was insufferable.)

Third problem: I didn’t listen to the customers.

If a customer told me he loved Arthur Conan Doyle, I suggested he read Robert E. Howard. (He created Conan the Barbarian.) See the connection? Neither did the customer. If a customer told me she enjoyed the Kay Scarpetta crime novels, I suggested she read Flannery O’Connor. I figured both were full of death and that was good enough. I would’ve been fired (or beaten bloody by an annoyed Patricia Cornwell fan) if I hadn’t made friends with Rasputin.

Rasputin is the (undoubtedly insulting) nickname I gave to the bearded Eastern-European bookseller who ran the adjacent History section. He was short and thin and wore a brown sport coat every day, but his voluminous, greying beard is what made me think of the Mad Monk. (Also, my complete ignorance of Slavic history.)

Rasputin had been working at this Barnes & Noble branch since time immemorial -- at least six years. Others worked in History, but none made an impression like Rasputin. He took advantage of a B&N policy that allowed employees to borrow books and take them home at night. A lending library kind of deal, with enough books to fill a warehouse at your disposal. Rasputin seemed to read every new book that came to the History section, and had read all the old ones there long ago. He was as well read, if not better read, than any professor I’d ever learned from. So when he spoke with customers he could talk intelligently about almost any book in the section. He’d listen to what the customers wanted and suggest titles related to the subjects (imagine!) and then listen to those same people when they returned and offered their reactions.  Sometimes they loved what he’d given them. Other times they were deeply disappointed. Either way, they kept coming back to him.

About four months into my employment Rasputin sought me out. He liked to greet the newer folks on his floor, even if they worked a different section. And besides, he’d been watching me for a while and had something he wanted me to know: I was a lousy bookseller. He didn’t say this quite so bluntly, but he did make his point. By then I’d come to enjoy paying my rent. I liked having a very tiny amount of money in my checking account. So it did hurt to hear Rasputin call me out, but deep down I knew he was right. He and I became this kind of odd couple after that. I shadowed him in order to learn how a good bookseller works.

Booksellers are the bartenders of the reading world. People share thoughts and interests they keep private from others in their lives. Who knows that you like to read near-pornographic (though just tasteful enough) romances? (These days it’s probably your e-reader, but it used to be your bookseller!)  Who’s privy to the fact that you’ve decided you’re actually going to try "The Iliad," or is it "The Odyssey"? First you need someone to help you sort out the difference without making you feel like a jerk. The bookseller asks, “Do you want to read about a war, or about a crazy boat trip?”

But the best thing about this relationship, as I learned over the next eight months I worked at the store, is that this relationship benefits the bookseller, too. If I hadn’t been listening I wouldn’t have heard how many people might revere "Beloved," but actually enjoyed "Song of Solomon." Or I wouldn’t have registered the shock on a customer’s face when she told me she’d never guessed how beautifully loopy John Cheever’s stories were. And I wouldn’t have gone back to reread, and revel in them, myself.

I thought of that time — me and Rasputin up on the fourth floor — after reading a recent piece by Laura Miller called “What makes a book great?” Miller argued that judges of big literary prizes should have to make their criteria for selecting finalists and winners more transparent to the public. I’m actually pretty skeptical that this would address the dissatisfaction that arises each year as finalists are announced. Miller approvingly cites The Morning News' wonderful Tournament of Books as one contest that forces the judges to explain their reasons for picking a winner or loser in each round. While I always find the commentary fun to read, it doesn’t change the fact that one book has won and another lost. It’s fodder for interesting conversation, but beyond that? No one ever knows if a book is good until they read the book. Reading someone else’s criteria seems like another away to avoid doing just that.

The point I focused on in Miller’s piece was when she explained that the Booker — the British literary prize that tends to make a fair amount of noise even here in the U.S. — is judged by a panel made up of “scholars, novelists, critics, booksellers and the occasional broadcaster.” Broadcasters aside, the group that isn’t invited to have the same input for our major prizes (Pulitzer, NBA, NBCC, Pen/Faulkner) are those booksellers.

So while I’d enjoy getting into some back and forth about elitism and popular tastes, literary fiction versus genre fiction, the problems with “MFA fiction” and more, I’d really love to suggest a concrete, and really quite small, change that could be made in the way judges for major prizes are chosen: include a bookseller on each jury. I’m not suggesting that any old bookseller will do, but then any old writer, critic or editor shouldn’t do, either.

There are so many great booksellers, people who treat the role more like a calling than an eight-hour shift. Those people have more contact with the general reading public than most writers, editors, or critics ever will. Not only do they get to hear what some slice of the actual reading public is enjoying, they also learn — every day — that the “actual reading public” is a complex and surprising organism. While the rest of us largely guess at what it wants (if we’re being honest), the bookseller is much more likely to know. Writers, critics and editors all have agendas (as well as criteria) when they decide on finalists and winner for different prizes. Booksellers won’t look foolish, or be vindicated, if a book they championed is overlooked. They are less likely to fall into the bitterness and jealousy that fellow writers sometimes do with their peers. They certainly don’t have the kind of commercial concerns that trouble nearly any editor, no matter how high-minded.  No doubt booksellers have agendas too, but they generally less of a personal stake in the outcomes.

To be clear, I have absolutely no ability to influence such a change. But I think it’s those major prizes that would most benefit from the infusion of more and more perspectives on what books we, as a culture, should be celebrating each year. Rather than suggesting a separate bookseller’s award, I suggest their inclusion in the major awards that already exist. Less splintering, more cohesion. Any jury with its own Rasputin — woman or man — is going to be better for it, I promise you. It’s been more than a decade since I’ve seen the man, since I’ve held that job, but I’m a better reader, writer, teacher, and judge, because of the year I spent as a bookseller.

Victor LaValle's most recent novel is "Big Machine." His next, "The Devil In Silver," will be published in March. He was one of five judges who selected the 2011 finalists for the National Book Award in fiction.