The NBC anchor returns us to the days when news magazines -- with actual reporting! -- ruled prime time 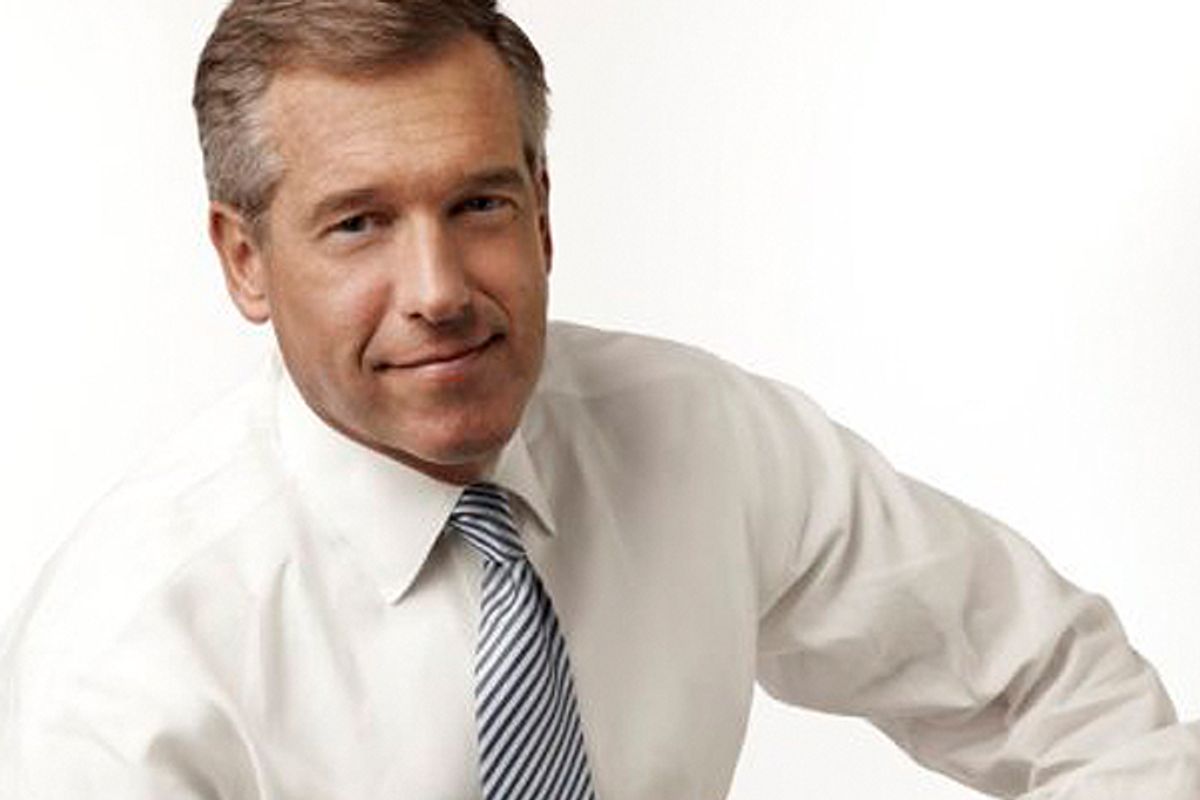 I felt a twinge of nostalgia watching the debut of Brian Williams' news magazine "Rock Center" last night. It took me back to an odd period maybe 10 or 15 years ago, when the networks all figured out they could fill their schedules with news magazines that were cheap to make and reasonably smart (if sometimes trashy or alarmist) and draw at least as big an audience as whatever scripted shows they'd originally hoped to put there. At one point there were multiple versions of the various network news magazines on TV all at once: "Dateline" (NBC), "20/20" (ABC), "60 Minutes" (CBS), "48 Hours" (CBS), and a short-lived program called "Public Eye With Bryant Gumbel" (CBS), which probably no one remembers except me and Gumbel.

"Rock Center" feels like a nicer version of that Gumbel broadcast, a hybrid that combines old-school, radio-with-pictures TV reporting with wraparound segments in which the host interviews the correspondents about their work. It's much less awkward, though, because Williams is wittier and more cheerful than Gumbel -- he would have made a great permanent host of "Saturday Night Live" if he'd chosen to go that route -- and because he doesn't interrogate his correspondents like a sourpuss professor dressing down writers in a workshop.

Last night's premiere offered several news stories plus an interview with "Daily Show" host Jon Stewart, one-half of the durable comedy team of Stewart and Willliams. Former "Early Show" anchor Harry Smith had a story about a North Dakota town that's hiring people left and right thanks to an oil boom; it was fascinating, although I could have done without the reference to John Steinbeck, which was like a joke that got edited out of "Broadcast News." Richard Engel had a story about the roiling politics of Syria and how online media and social networking enable them; at one point he was hiding in the weeds and whispering to the camera. But despite the time spent chronicling the challenges of crossing the border, most of the substantive reporting seemed to have been done in Turkey. Kate Snow had a piece about foreign-born mothers coming to the United States to give birth. (You've seen all of these stories before; the opening broadcast reminded me of a joke I used to make when I wrote regularly about news magazines a decade ago: Q: What's on "Dateline" tonight? A: Whatever was in the New York Times last Sunday.)

When Stewart finally showed up, he gave Williams a six-pack of beer with four cans left; he explained that he'd been waiting backstage for an hour, so he drank the other two. I can't imagine this kind of exchange happening on "60 Minutes," unless Morley Safer was interviewing Louis C.K. -- which wouldn't be a bad idea, come to think of it.

"I think this is why we do test shows," Stewart teased Williams, but Williams has nothing to fear. "Rock Center" is a low-stakes operation; the network wouldn't have given him this time slot if they had other, more urgent plans to for it, and the second they decide they want it back, they'll take it. "When this thing is ready for air, and they put you in your regular time slot," Stewart joked, "I think it's gonna be bang-zoom, it's gonna be great."