Art you can experience 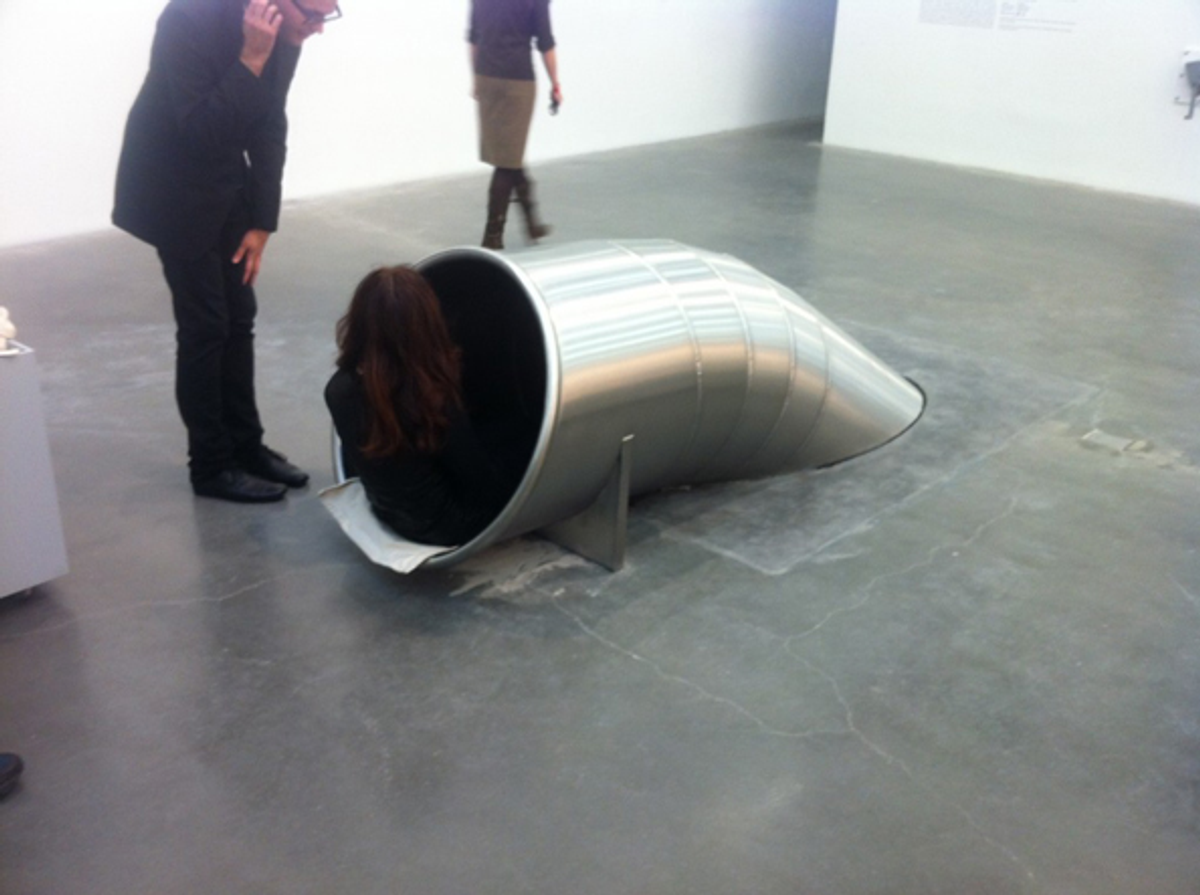 Last week, "Carsten Höller: Experience," the New Museum's mid-career survey of the 50-year-old German artist, opened to the public. Among the highlights: an ambling mirrored carousel with swings; an ethereal sensory-deprivation pool; and a three-story steel slide that worms its way through the galleries. It was the latter that had, a few minutes into Tuesday's press preview, a line of slightly hesitant journalists―"Oh, no, you first"―waiting to slip into a canvas sack and disappear down the 102-foot-long chute. All had signed a waiver that included both commonplace legalese ("No suit, action, or proceeding against any Released Party shall be maintainable for loss of life or bodily injury to any visitor") and site-specific notices ("You may not use the [Giant Psycho] Tank fully clothed. Either disrobe entirely or wear a bathing suit."). A previous incarnation of the slide at the Tate Modern resulted in a few minor injuries, and one woman sued the museum after breaking her wrist. The trip from the fourth to the second floor of the New Museum takes about six seconds, and though it's quite thrilling, you're unlikely to suffer anything worse than a lost shoe. Have a look for yourself: