Herman Cain and Rick Perry stumble over the weekend, handing a political gift to the former Massachusetts governor 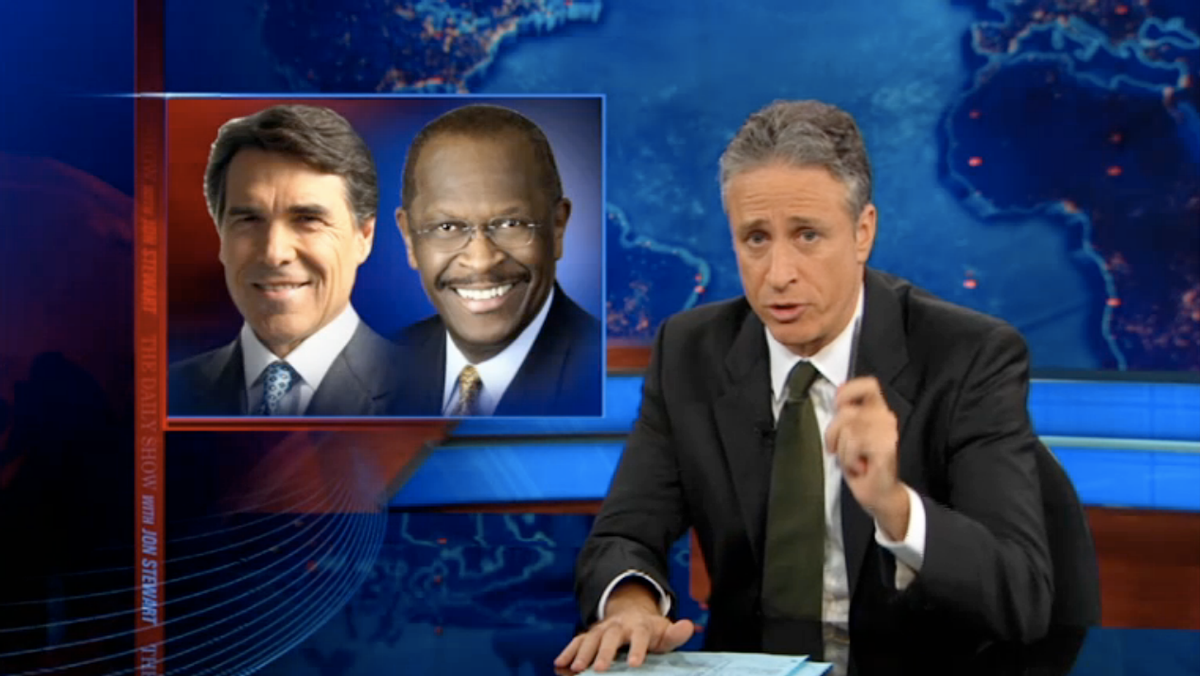 It's been an interesting few days to cover the race to the Republican nomination. Despite of a string of gaffes over the past couple of weeks, Herman Cain was still narrowly leading Mitt Romney in most polls. Then, as Jon Stewart pointed out on "The Daily Show" last night, came trouble, with Politico's anonymously sourced story stating that Cain was accused of sexually harassing two women more than a decade ago. Meanwhile, Rick Perry gave a speech in New Hampshire  that made it seem like he'd either broken into the liquor cabinet or been given a large dose of anesthetic.

A confluence of flubs this severe led Stewart to one compelling conclusion: "Mitt Romney is the luckiest mother-fudger on earth."