Reese Witherspoon and the $3,820 handbag

The actress' accessory, made partly of python skin, horrifies PETA -- and is mind-bogglingly expensive 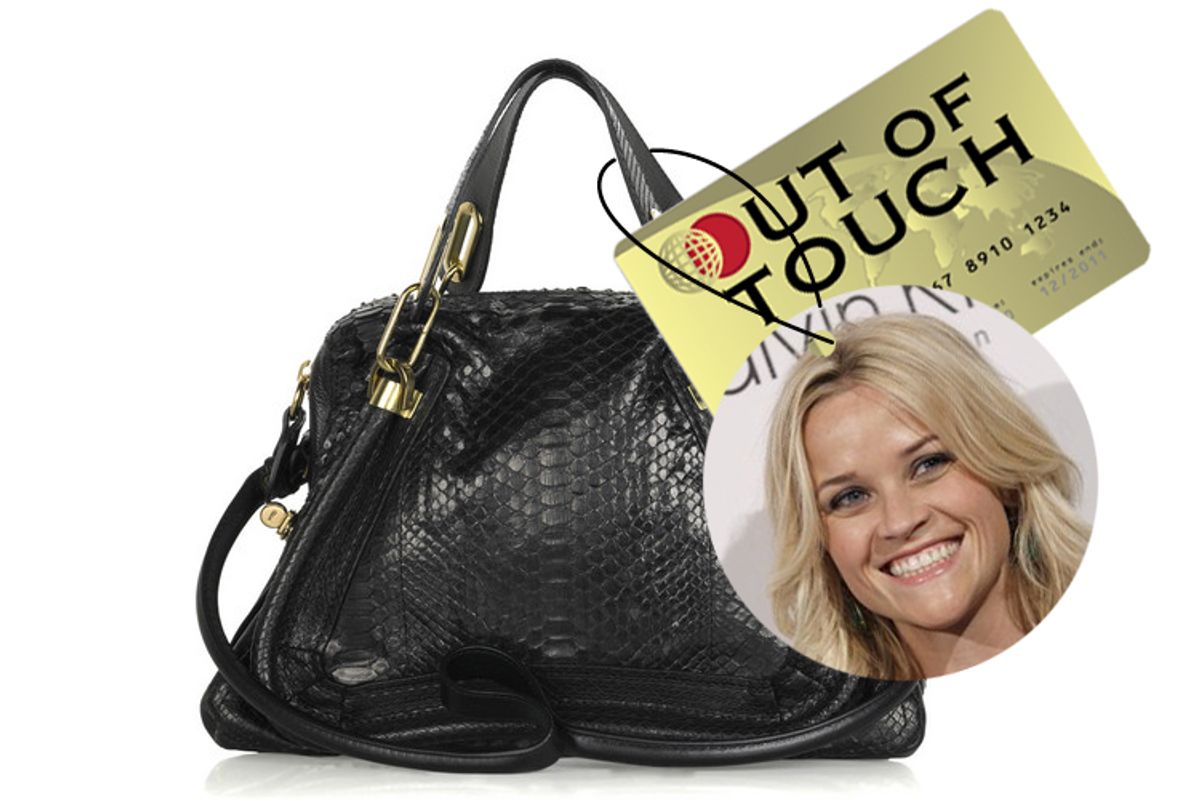 "Most Americans can't afford a $1,000 emergency expense," a recent CNNMoney headline proclaimed. But according to RadarOnline, Reese Witherspoon has been spotted carrying a python-skin handbag worth nearly $4,000.

It's not just the item's price tag that's raising eyebrows. A PETA spokeswoman expressed her frustration about the snakeskin accessory (the sale of which is illegal in California, where the star was spotted with her tote), telling the Mail Online: "No matter how much Reese paid for that bag, the animals paid a much higher price. ... These days, it's easy to have a look that kills without killing."

Not only would fake snakeskin be more humane -- it would also be a whole lot cheaper!

Seen something that's Out Of Touch? Send us a tip: outoftouch@salon.com.