Why we should celebrate, not worry about, the planet\'s growing population 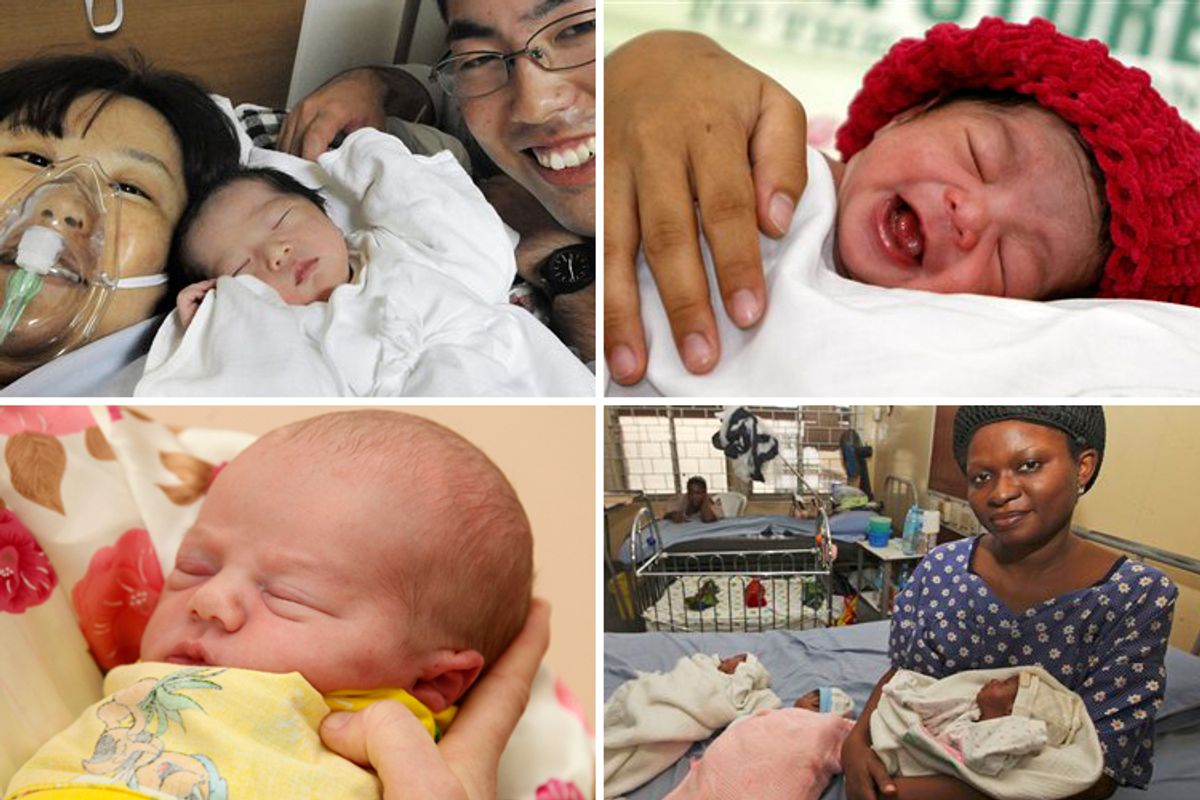 On Monday, the world population crossed 7 billion, with more than one baby in the world's various time zones getting credit for the milestone. Some mourned this new arrival as bringing us just another step closer to what Paul Ehrlich famously called the "population bomb," the point at which the number of people on earth explodes beyond the capacity of the plant to support them.  But reaction to this statistical event seems somewhat less hysterical than for the 5 billionth (1987) and 6 billionth (1999) milestones. That’s probably because population growth rates have slowed with increased empowerment of women, better family planning, and the rising cost of children relative to their short-term productive value as unskilled laborers.  Still, the pessimists' essential myth lives on in many quarters: population growth makes us all worse off.

The late economist Julian Simon devoted his life to challenging that notion. "Adding more people causes problems," he acknowledged, "but people are also the means to solve these problems."  Simon’s optimism was famously vindicated in 1990, when he won a 1980 bet with Ehrlich over commodity prices.  Ingenuity had driven down prices of the very resources Ehrlich thought would be made more scarce by population growth.

Thus, while most resources are inherently limited, Simon said, what we can do with them is unlimited.  "The main fuel to speed our progress is our stock of knowledge, and the brake is our lack of imagination," he wrote in his 1981 book, "The Ultimate Resource II." "The ultimate resource is people—skilled, spirited, and hopeful people who will exert their wills and imaginations for their own benefit, and inevitably they will benefit not only themselves but the rest of us as well."

So Simon would have celebrated the arrival of our 7 billionth neighbor. More people means more minds—more innovators and entrepreneurs working to improve the human condition.  Innovation comes not just from the introduction of a technology, but novel uses of it. Thus, while we tend to focus on inventors like Steve Jobs, no less innovative—and heroic—are, say, the fishermen in Senegal who use their cell-phones to find buyers for the day's catch before their fish spoil, something that used to seem inevitable.

This is essentially the message of Adam Smith's "Wealth of Nations:" Profit rewards people for meeting unmet needs, thus serving the greater good. Smith's "invisible hand" drives not only the constant improvement of computing power but the ongoing transformation of even the remotest villages.

Smith's less appreciated insight is that "the division of labour is limited by the extent of the market."  More people means more buyers, too. "Smith’s point, as economist Steven Horwitz explains, "was that the degree of specialization that one would see in a given market depended upon how much demand there was for the specialized product. Thus, small towns rarely have ethnic restaurants beyond the very popular Chinese and Italian, nor do they have radio stations that specialize in very narrow musical formats.... Larger, wealthier communities can support this degree of specialization because there is sufficient demand, deriving from a larger population and a larger degree of wealth being produced."

As Horwitz concludes, "production (supply) is the source of demand."  Cell phones are working to expand markets at the local level across Africa, boosting the supply of, and demand for a wide range of goods.  That’s also what the Internet does on a larger scale. As Harvard Law Professor Yochai Benkler puts it, "a global network of communications and exchange that allows much greater flow and conversation, so that many new connections are possible on scales never before seen."

The "wealth" in the title of Benkler's "The Wealth of Networks" comes from increased cross-fertilization of minds.  Matt Ridley, the self-described "Rational Optimist," put it best: these networks allow ideas to have "sex" with each other.

Simon's optimism rested on his belief that "minds matter economically as much as, or more than, hands or mouths."  He would have applauded the "network effects" generated by the Internet as an ever-expanding "market" for ideas.

But just as important is the rising creative potential of each mind through better "training"—not for the kind of "work" done by hands or simply applying "knowledge" that can be memorized, but training for creativity and ingenuity. We need training for mindcraft, argued Lew Perelman, who prophesied the rise of digital learning technologies  in 1993. Tapping the creative potential of all seven billion minds requires transforming education from an expensive, rigidly bureaucratic system that produces credentials (and enormous debt for students and governments) into a lifelong process that maximizes the creative potential of everyone.  It also requires countering the pessimism that pervades popular culture, right down to the movies and books that inspire our youth.

That culture of pessimism saps the very ambition most needed to innovate out of the very real problems the pessimists worry about. Ehrlich’s crisis-driven mentality also fosters top-down, technocratic policymaking—as if the future were an impending disaster that required emergency planning.  The optimism of Smith and Simon is pragmatic in recognizing the challenges of population growth (among other things), but also that these problems can only be solved by more and better technologies generated by more minds working in larger, better markets.  Neither minds nor markets can flourish without freedom to experiment with new ideas, technologies and business models.

That holds true for our seven billionth neighbor whether she’s  born in Senegal or Seneca, New York.

Berin Szoka is president of TechFreedom, a non-partisan think tank dedicated to promoting the progress of technology that improves the human condition and expands individual capacity to choose.