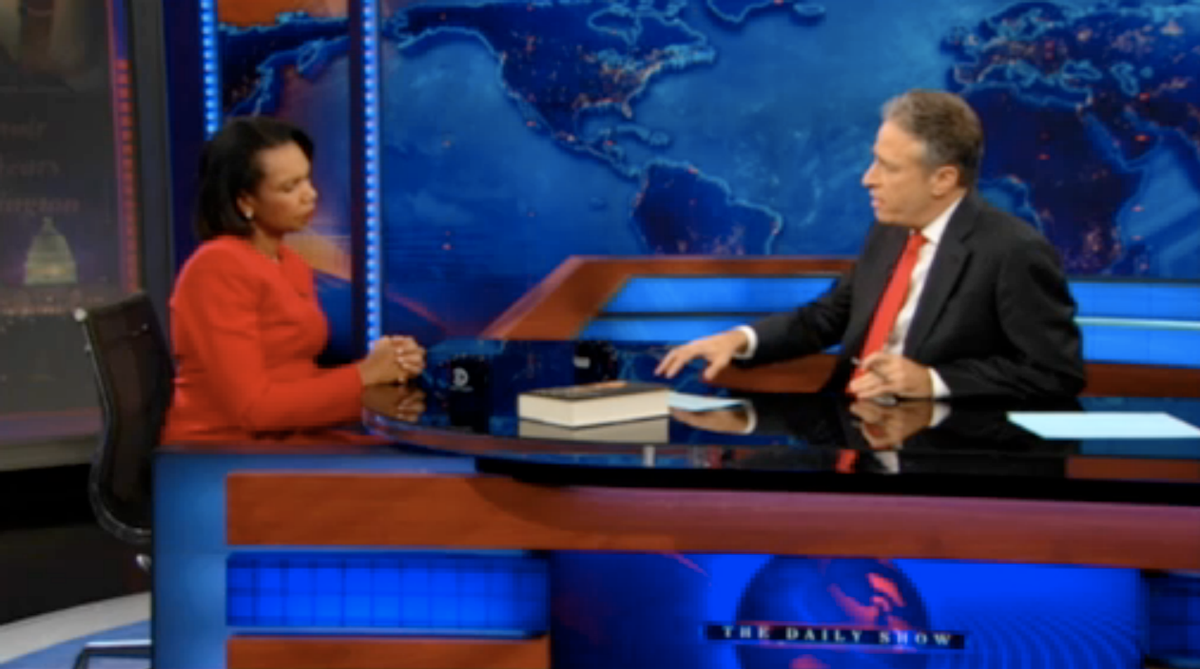 When Moammar Gadhafi was usurped earlier this year, much was made of a photo album, recovered from his compound by Libyan rebels, filled entirely with photographs of Condoleezza Rice. Though the Libyan strongman's infatuation with our former secretary of state was no secret, the discovery of a Condi scrapbook still struck many as totally bizarre. And it was only the tip of the iceberg.

During a visit to "The Daily Show" last night, Rice recounted her uncomfortable meeting with Gadhafi back in 2008, during which the dictator made very clear his admiration. In much the same way smitten high school students trade mix tapes to articulate their affections, the former dictator presented Rice with a video -- one that showed her meeting with various heads of state, scored to a song composed expressly for Rice.

The song's name? "Black Flower in the White House."