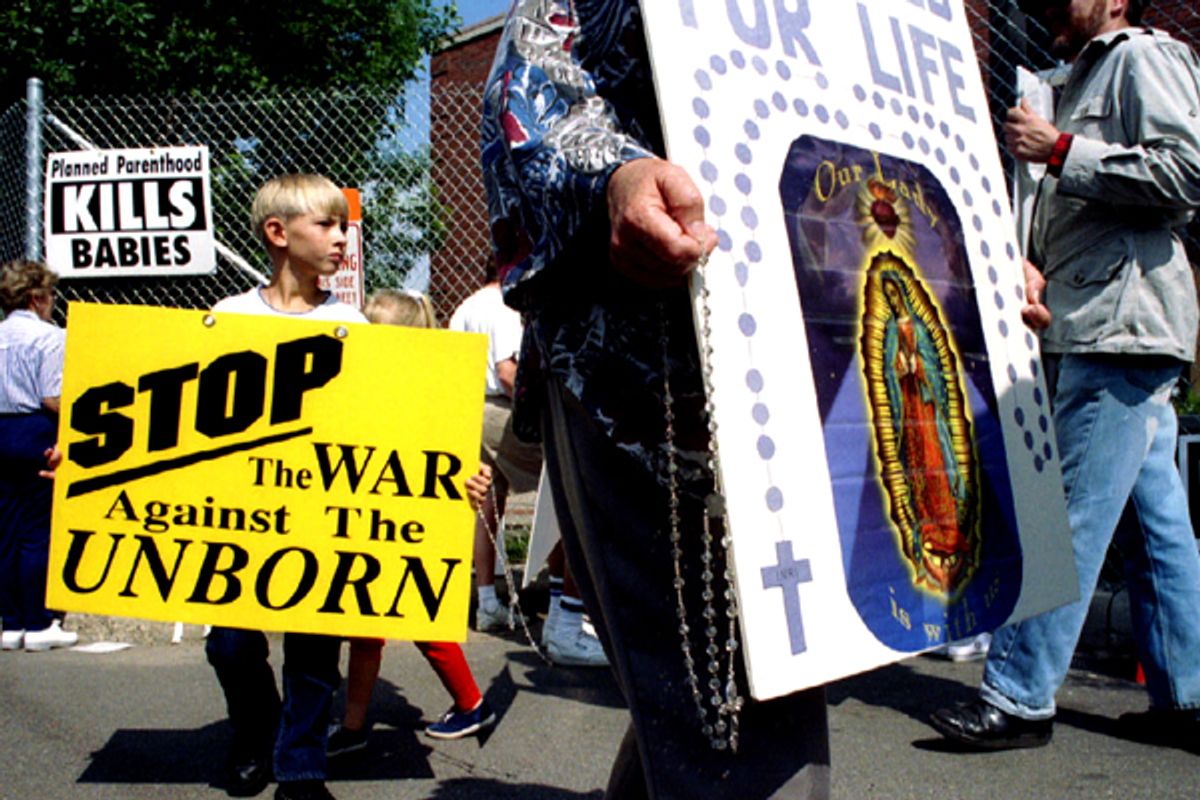 Her antiabortion compatriots call Lila Rose -- a friend and disciple of James O’Keefe -- the crusading Upton Sinclair of her generation. But her latest right-wing sting operation, an attempt to “expose” the truth about whether birth control pills will actually be banned if Mississippi passes a Personhood amendment next week, is pretty much a giant bust.

Planned Parenthood, Rose’s bête-noire, is involved in the official coalition to defeat Initiative 26, which would amend Mississippi’s constitution to grant full “personhood” to fertilized eggs. Mississippi being Mississippi, the official anti-26 campaign has focused on what it calls the amendment's “unintended consequences” beyond banning abortion: criminalizing miscarriages deemed suspicious, severely limiting in-vitro fertilization and banning many popular forms of birth control.

Rose’s “sting” involves calling up the one Planned Parenthood in the state (which doesn’t even provide abortions) and asking the receptionist whether the birth control pill would be available after the November election. “OK, so far as we know, birth control will still be available,” the person answering the phone responds. The longer video includes calls to public health officials who also sound confused. “We all know this is not about birth control. This is about saving lives,” the narrator continues over an image of a fully developed fetus.

Except it is also about birth control, as I learned firsthand when I was in Mississippi recently. One of the local doctors most closely associated with the Yes on 26 movement, Beverly McMillan, told me unequivocally that the IUD and the morning-after pill would be banned, and has written that she “painfully agree[s] that birth control pills do in fact cause abortions.” Another doctor, Freda Bush, who has gone on television to claim that contraception wouldn’t be banned, wouldn’t give a straight answer about which contraceptives would be banned, claiming she wasn’t an authority. She herself already refuses to prescribe the highly effective IUD out of the fear that it would block a fertilized egg – in her mind, an “abortion.”

But on the Diane Rehm show Monday, pro-Personhood pastor Walter Hoye was even clearer, saying, “Any birth control that ends the life of that human being will be impacted by this measure.” Asked, “What about the birth control pill?” Hoyes paused and said, “That falls into the same category.” No wonder rank-and-file healthcare employees aren’t sure: Not only has the amendment not even been voted on yet, its supporters can't get their own message straight.

The video also makes much of the anti-26 Mississippi for Healthy Families being “not even from Mississippi” because it’s received funding from Planned Parenthood affiliates outside the state. But as the sleuths at the grass-roots anti-26 efforts noticed, one-third of that funding was in-kind contributions, for a total of under $100,000 in cash from Planned Parenthood. Meanwhile, the total amount of cash the Yes on 26 campaign got from the Colorado-based Personhood USA, according to its filings with the secretary of state: over $300,000. Meanwhile, both Hoye and Rose are based in California, not quite the Mississippi heartland.