Despite its many LGBT-friendly policies, people still must be sterilized before they can legally change their sex 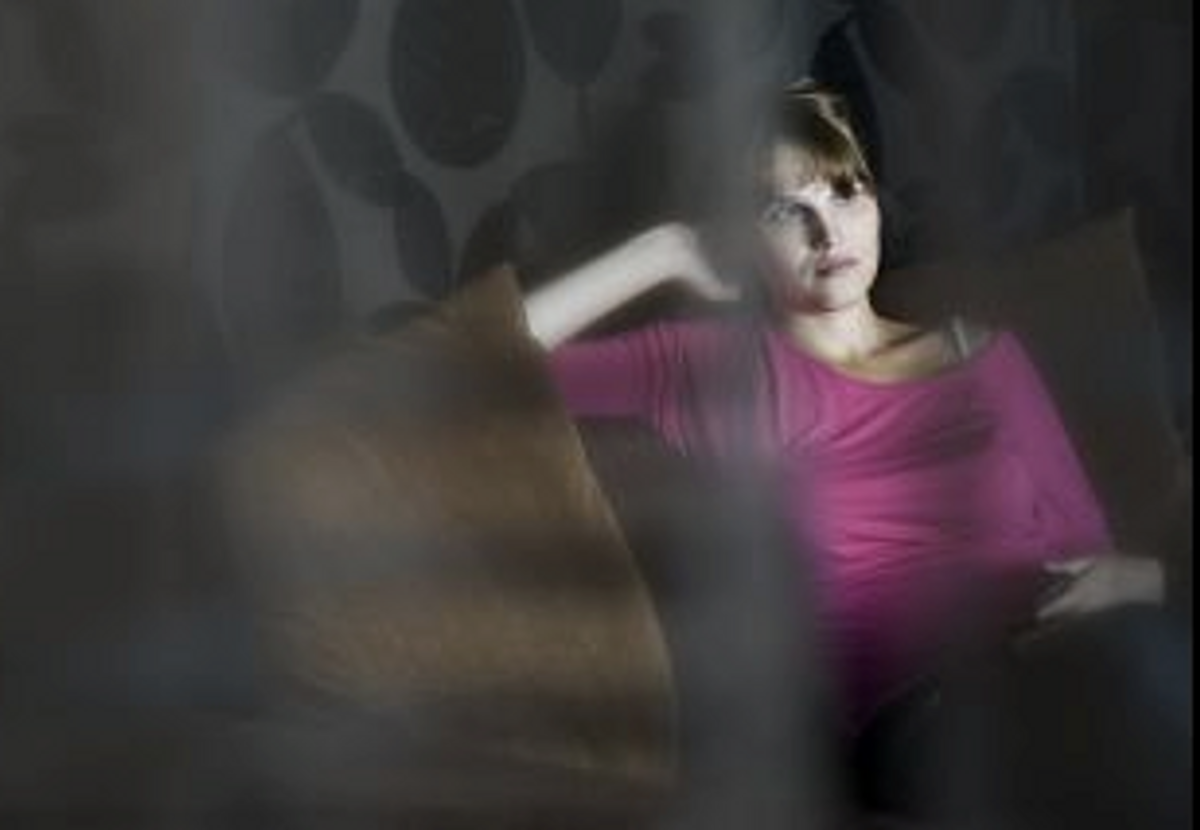 As Lundberg moved to join the girls’ side, a teacher with a tight, graying perm framing a face contorted in anger grabbed Lundberg by the wrist and “half led, half pulled” her to the group of boys, telling her firmly that this was where Lundberg belonged.

“It was my first experience of an ‘authority’ telling me what I could do, what I should be, and it led to what is my first memory of an anxiety attack,” says Lundberg, now a popular 29-year-old actress who completed the transition from male to female when she was 18. “The silhouettes of the boys standing around me transformed into jail bars in front of my eyes.”

More than two decades later, Lundberg is a dramatic voice in a larger struggle against authority — the Swedish legal requirement that people who want to officially change their sex with the government must be be sterilized first. The law also forbids the freezing of sperm or eggs before corrective surgery, which effectively means transgender Swedes are barred from having biological children.

“Forcible sterilization” has been quietly practiced for decades in countries typically cast as progressive on LGBT rights: France, the Netherlands, Australia and a number of U.S. states still require it. Italy and Germany have just recently overturned similar legislation.

Although Swedish leaders have been talking for months about repealing the sterilization law that Prime Minister Fredrik Reinfeldt called a “dark chapter in Swedish history,” it remains on the books. The conservative Christian Democrats have doggedly opposed the repeal, arguing that sex reassignment surgery is a threat to traditional social roles. Transgender advocates like Lundburg say they are fed up with being the last of the LGBTs to win their rights.

When she began the intensive process of changing her sex from male to female over a decade ago, Lundberg didn't give much thought to the fact that she would have to be sterilized. She was 17. But before the Swedish government would certify Lundberg as a woman, she was required to undergo a full surgical removal of her male sex organs.

“I believed I had to give up every vestige of being male to complete the process. I cried and shouted for joy when that final piece of paper dropped in the mailbox telling me that I was now legally a woman,” she says.

With her fair complexion and light hair growth, Lundberg has suffered none of the stubble some other male-to-female patients endure when taking the hormone estrogen which reduces facial hair growth. A bob of glossy blonde hair crowns her tall, slim figure.

Only in recent years did she come to see the infertility requirement as a violation of her rights.

“We are not even allowed to freeze sperm. I am today fully incapable of having my own children,” says Lundberg, who has not ruled out adoption if she meets the right man to start a family with.

“I was hoping as an actress to not have to talk about this topic,” she says. “It became a political issue for me when I have been expected to hide the darker notes of my voice to give the appearance of being 'a normal woman,' when it became clear that it wasn't granted that every individual be allowed to be herself,” says Lundberg. “That's when I decided I couldn't remain silent.”

After years of hiding the fact that she had been born male, Lundberg first opened up about it four years ago. She has since launched a one-woman show called “Infestus,” which chronicles her experiences as a young boy, her sex change in her late teens and life as a grown woman. It has played all over Sweden to acclaim.

Meanwhile support for transgender reproductive rights has begun to foment within Sweden’s ruling government coalition, and last year all seven of the country’s main parties expressed support for repealing the sterilization legislation, in place since 1972.

But in practice, the conservative Christian Democrats oppose a repeal. Although their party is a minority in parliament, the Christian Democrats underpin the center-right government coalition. Their spokesperson Annika Eclund, describes the party line as “looking out for children's interests” in a time when medical advances allow new reproductive techniques.

“There are limits to how much we should experiment with how life is created,” she says. “Every day I meet people who are seeking their identity and their background, asking where they come from,” she says. “Men don't give birth to babies. A daddy can't at the same time be a mummy. Just because you can, does that mean that you should?”

About 50 sex changes are registered every year in Sweden, which has a population of around 9 million. Treatment is part of state-funded health care.

The infertility requirement has meant that some patients chose to wait to have corrective surgery so they can have a family. “I know at least one man in Sweden who lives fully as a man but has kept his womb because he wanted children and it's very problematic for him to still legally be defined as a woman,” says Ulrika Westerlund, president of the Swedish Federation for Lesbian, Gay, Bisexual and Transgender Rights (RFSL).

“It is a violation of human rights to force a person to have surgery that they do not need or want in order to have your gender legally recognized,” she says.

Although technically the Christian Democrats have ministerial control over the Social Welfare Department, which shapes policies on families and health care, a motion to repeal the law can be presented directly to parliament. A liberal member, Barbro Westerholm, told media in July she was in favor of the idea, and observers say it looks unlikely that the party's center-right allies would support keeping the law if asked to vote. Given the number of left-wing opposition members, any Christian Democrat attempt to block a repeal would be futile.

“It isn't something we are particularly happy about,” says the Christian Democrat spokesperson for LGBT issues, Annika Eclund, “but it allows us to vote no in parliament and show our supporters that we are faithful to our principles.”

Par Wiktorsson, president of the organizing committee for this year’s Stockholm Pride Festival, said the current law is reminiscent of eugenics programs that Swedish academics and doctors began to pursue in the 1930s and actually continued to practice until 1976.

“Supporters of the law don’t want the sterilization referred to as 'forcible,' but they didn’t want to call it that in the past either,” he says. “But for transgendereds, the state has always stood behind this demand with the threat of [withholding medical] treatment. It is shameful that we have forcible sterilization in the year 2011,” he adds.

A few days remain before parliament reopens and Stockholm is experiencing a last-minute burst of summer. Lundberg squints up at the sun. She is on a rare break off work. In the two years after graduating from university she has performed steadily. In addition to her one-woman show, this year she had a supporting role in the adaptation of Ingmar Bergman's 1968 film “Hour of the Wolf” on the lauded stage of the capital's Royal Dramatic Theatre.

For Lundberg, the transition was not straightforward. At first, she told her parents and younger siblings that she was gay. “It allowed me, I felt, to act more femininely, which my hockey-playing, traditional father had a hard time accepting.”

It took another year until she informed them she was going ahead with sex reassignment. “It was particularly hard for my 14-year-old brother who felt he was losing an important male role model,” she says.

But her family remained supportive.

For the peace and quiet she needed during the sex change, Lundberg moved home to her grandmother, and eventually into her own apartment. Today, Lundberg refuses tell people what her name was as a boy. “I don't want to give the impression that I was one person then and another one now,” she says.

She is optimistic about Sweden’s current political climate, though the issue has yet to be taken up by parliament in the current session.

“It was news to me that the Christian Democrats may be excluded from the decision-making process,” reacts Aleksa Lundberg excitedly. “As I understand it, the young members want to modernize, so it's the old farts putting up resistance.”

“Despite everything, I feel quite hopeful that the law will be repealed. We have worked very hard to bring media attention to the issue," she says. "There are a lot of people in government who identify themselves as liberal and I think they feel uncomfortable with being associated with a law that requires sterilization.”

Despite her successes, Lundberg is quick to add one observation: “I knew I would, and I have lost jobs by being open about my sex change.”