Party insiders will almost certainly settle on the flip-flopping ex-governor, but they're taking their time 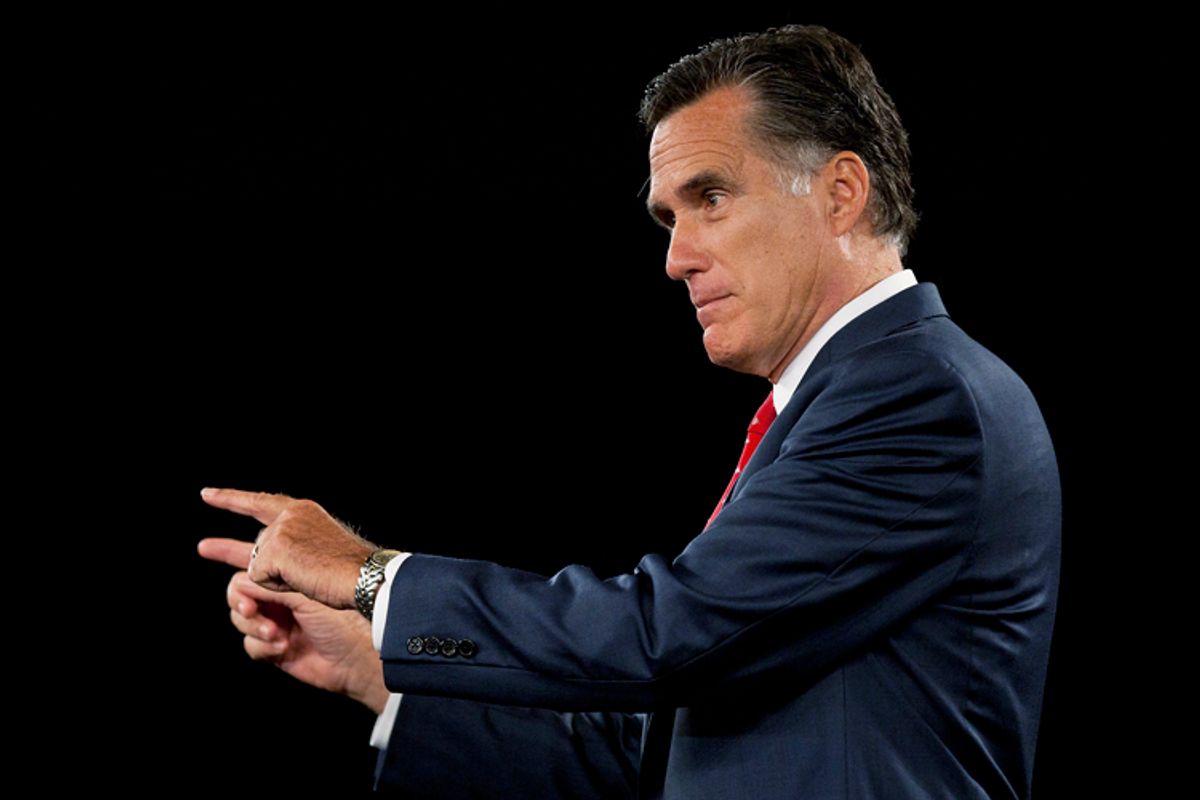 Jonathan Bernstein writes today that Mitt Romney is still looking like a good bet to win the GOP nomination, based on Mark Blumenthal's "Political Outsiders" survey (which, contrary to its name, actually polls political insiders in early primary states).

The survey says Romney is tied with Perry for public endorsements from "influential Republicans," and he's barely beating Herman Cain and Newt Gingrich (!) in the "potential support" race, but as Bernstein says, the point is that Romney has a much better shot of winning elite support in the future than any other candidate.

But the key for Romney isn’t having support now; it’s whether or not he’s ultimately acceptable to most party groups and leaders. And here, the news is very, very good for the former Massachusetts governor. Of the entire group, while 23% have already endorsed another candidate, only another 10% say they have “no chance” of supporting him for the nomination.

The elites -- like the regular Republicans -- are steeling themselves to settle on Romney. This has long been Romney's entire plan, because he knows no one in America actually likes him, but he's sort of broadly acceptable and he has good hair.

The important fact is that these elites have nowhere else to go with their support. Their imaginary savior is not coming, and their existing options have glaring deficiencies. Rick Perry is a shifty weirdo who is unable to speak in public without embarrassing himself. Jon Huntsman ran specifically to win elite support, but in doing so he made himself toxic or invisible to Republican primary voters. Newt "Tiffany" Gingrich is David Axelrod's wet dream. Herman Cain, well ... if Cain's lucky he'll be this year's Huckabee, winning enough conservative grass-roots support to overcome the fact that the elites recognize him as an unserious flake. But he's not looking very lucky this week.

It's not a cakewalk for Mitt Romney. George Will, who represents a pretty important segment of establishment conservative opinion, unequivocally rejected Romney just last weekend. But Will didn't endorse anyone else, because there's no one else to endorse. This is why Karl Rove is basically already running the Romney general election campaign. They're out of options.

Unless Rick Perry's giggling ineptitude wins over Iowa and South Carolina, Romney's going to lock up elite support by the start of February.