How the rich created the Social Security "crisis" 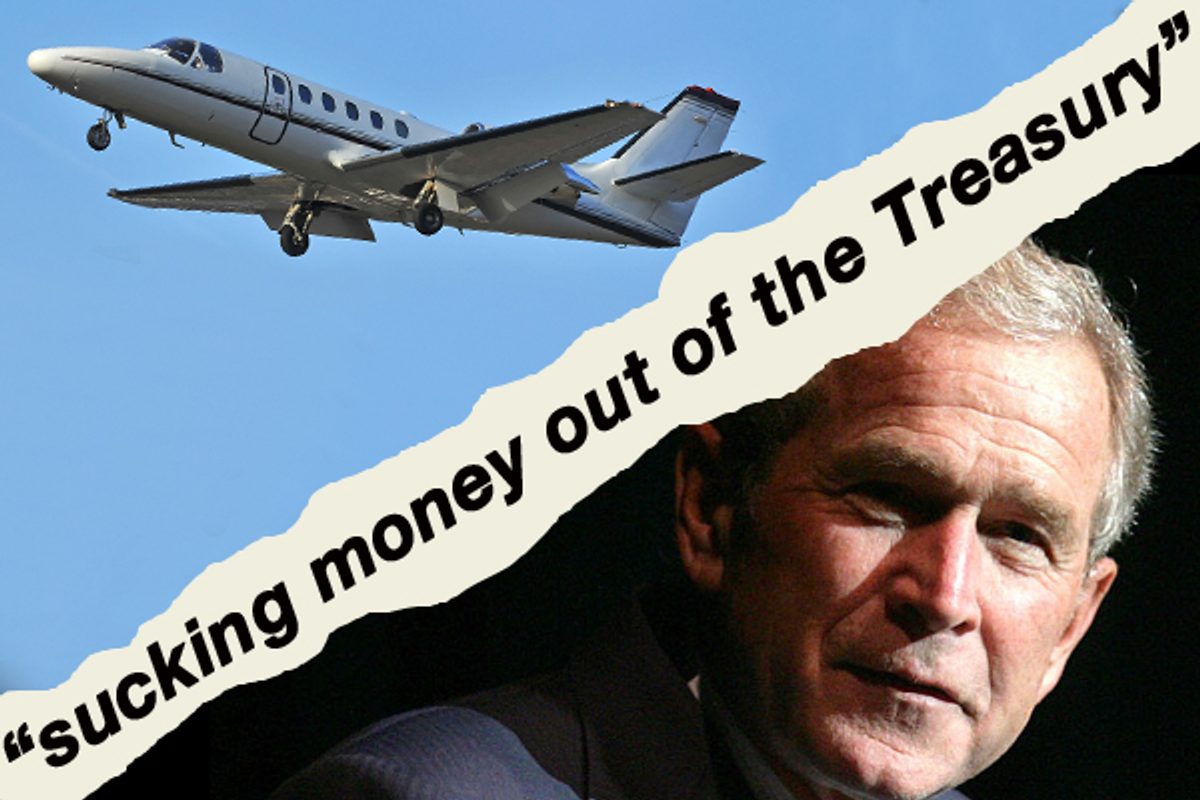 "This is an impressive crowd,” he said. “The haves and the have-mores. Some people call you the elites; I call you my base."

Eight months later, President Bush delivered sweeping tax cuts to that patrician base. Given current hysteria over what a recent Washington Post article called “the runaway national debt,” it requires an act of historical memory to recall that the Bush administration rationalized reducing taxes on inherited wealth because paying down the debt too soon might roil financial markets.

Eleven years later, the Post warns in a ballyhooed article, reading like something out of Joseph Heller’s “Catch-22,” that Social Security—the 75-year-old bedrock of millions of Americans’ retirement hopes—has “passed a treacherous milestone,” gone “cash negative,” and “is sucking money out of the Treasury.”

Anybody who discerns a relationship between these events, that is, between a decade of keeping the “have-mores'” yachts and Lear jets running smoothly and a manufactured crisis supposedly threatening grandma’s monthly Social Security check must be some kind of radical leftist.

That, or somebody skeptical of the decades-long propaganda war against America’s most efficient, successful and popular social insurance program. It’s an effort that’s falsely persuaded millions of younger Americans that Social Security is in its last days and made crying wolf a test of “seriousness” among Beltway courtier-pundits like the Post’s Lori Montgomery, who concocted an imaginary front page emergency out of a relatively meaningless actuarial event.

All in service, alas, of a single unstated premise: The “have-mores” have made off with grandma’s money fair and square. They have no intention of paying it back. That’s the only possible interpretation of the Post’s admonition that “the $2.6 trillion Social Security trust fund will provide little relief. The government has borrowed every cent and now must raise taxes, cut spending or borrow more heavily from outside investors to keep benefit checks flowing.”

“Rather than posing any sort of crisis,” explains Dean Baker of the Center for Economic and Policy Research, “this is exactly what had been planned when Congress last made major changes to the program in 1983 based on the recommendations of the Greenspan commission.”

Again, this is the beneficiaries’ money, invested by the Social Security trustees in U.S. Treasury bonds drawn upon “the full faith and credit of the United States.” Far from being “meaningless IOUs” as right-wing cant has it, they represent the same legally binding promise between the U.S. government and its people that it makes with Wall Street banks and the Chinese government, which also hold Treasury Bonds.

A promise not very different, the Daily Howler’s Bob Somerby points out, from the one implicit in your bank statement or 401K (if you’re lucky enough to have one). Did you think the money was buried in earthen jars filled with gold bullion and precious stones?

Raise taxes, cut spending or borrow? What other options does the U.S. government, or any government, have?

On his New York Times blog, Paul Krugman dissects the Catch-22 logic behind the Post’s bogus crisis. You can’t simultaneously argue “that the trust fund is meaningless, because SS is just part of the budget, then claim that some crisis arises when receipts fall short of payments, because SS is a standalone program.” For practical purposes, it’s got to be one or the other.

So is Social Security a “Ponzi scheme”? No, it’s group insurance, not an investment. You die young, somebody else benefits. Its finances have been open public record since 1936. Do fewer workers support each beneficiary? Sure, but who cares? It’s denominated in dollars, not a head count. The boomers were nearing 40 when the Reagan administration fixed the actuarial tables. No surprises there.

Are longer life expectancies screwing up the numbers? Not really. Most of the rise is explained by lower infant and child mortality, not by old-timers overstaying their welcome. Kevin Drum points out that gradually raising the payroll tax 1 percent and doubling the earnings cap over 20 years would make Social Security solvent forever.

But that’s not good enough for the more hidebound members of the $800-a-plate set. See, over 75 years Social Security has provided a measure of dignity, security and freedom to working Americans that just annoys the hell out of their betters.