Demonstrators, cops stand off after protest shuts down city's port 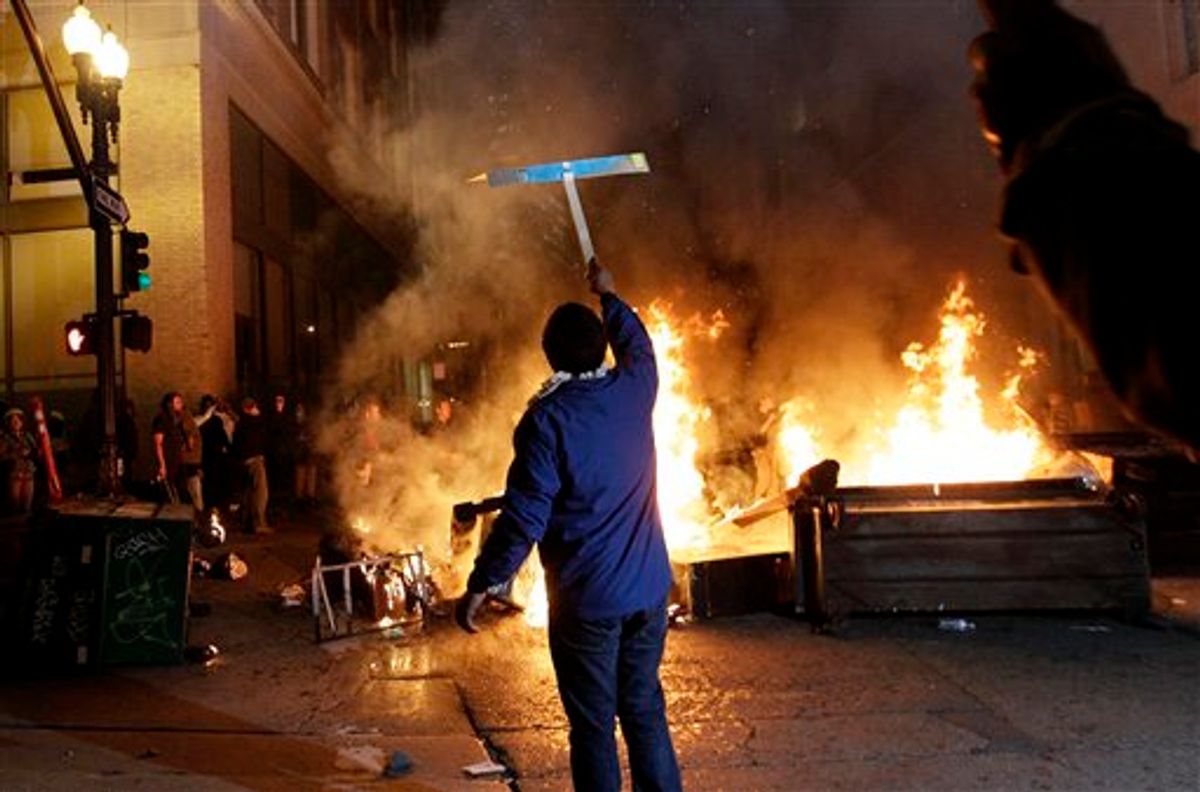 The confrontation began after protesters started a large bonfire in the middle of a downtown street. Dozens of police in riot gear moved in on hundreds of protesters as the flames leapt more than 15 feet in the air from several large metal and plastic trash bins that had been pushed together.

Police warned protesters to clear out before firing several rounds of tear gas and "flash bang" grenades to clear the area.

In the aftermath of the police actions, protesters with cloth wrapped around their faces to protect them from the stench of the gas marched through the area chanting, "Whose streets? Our streets."

Glass covered streets and sidewalks from windows of area businesses that were shattered.

Graffiti on the wall next to one of the damaged shops read, "This act of vandalism was not authorized by the general assembly. Peaceful protest."

Shortly after the clash, police and protesters separated by only a few feet stared each other down in a tense standoff. A few dozen people sat on the ground right in front of officers, some with their heads bowed as if in prayer.

There were scores of police in riot gear on the scene, about as many officers as demonstrators.

The clash and subsequent standoff came only hours after Occupy Wall Street protesters declared victory after thousands of demonstrators shut down one of the nation's busiest shipping ports late Wednesday, escalating a movement whose tactics had largely been limited to marches, rallies and tent encampments since it began in September.

The nearly 5-hour protest at the Port of Oakland, the nation's fifth-busiest shipping port, was intended to highlight a daylong "general strike" in the city, which prompted solidarity rallies in New York, Los Angeles and other cities across the nation.

Police estimated that a crowd of about 3,000 had gathered at the port at the height of the demonstration around dusk. Some had marched from the city's downtown, while others had been bused to the port.

The demonstrations in Oakland were largely peaceful until the evening skirmish.