The art of the AIDS poster 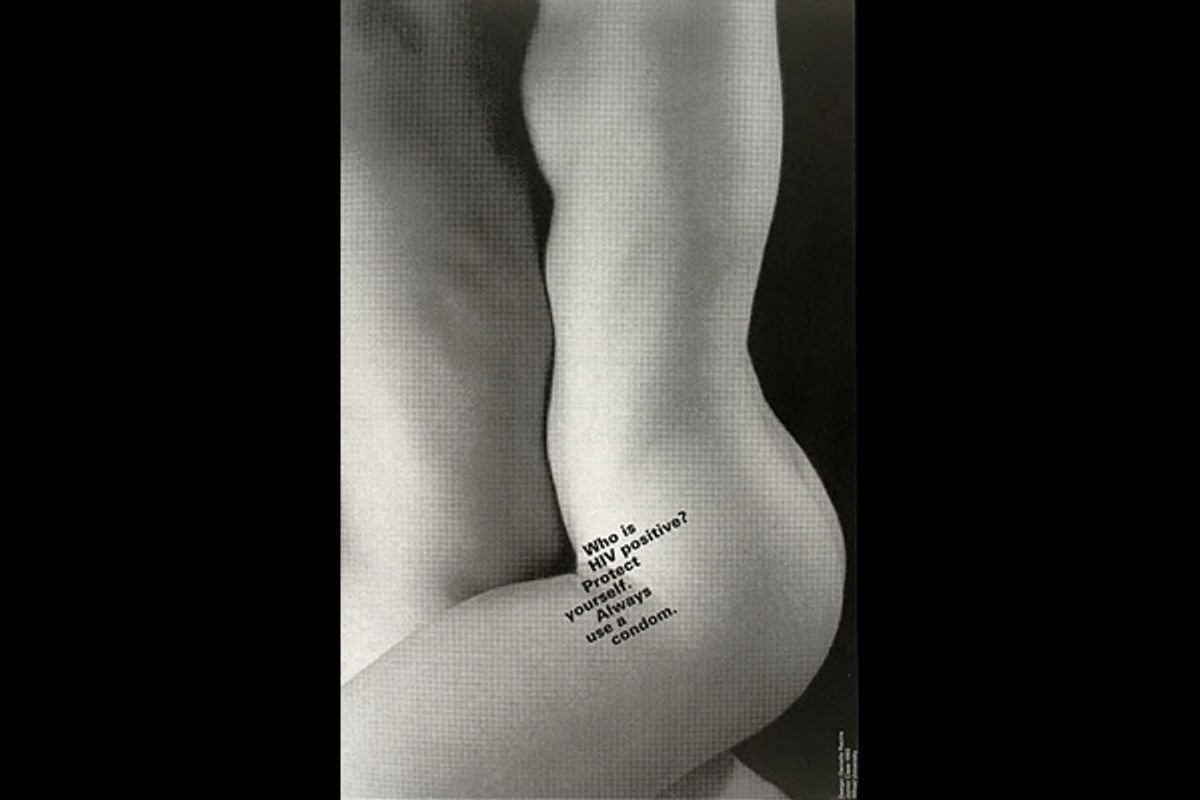 Each of the more than 6,000 images in Dr. Edward Atwater's peerless collection of AIDS-related posters -- now owned by the University of Rochester's Rare Books and Special Collections Library -- freezes its viewer at a particular social, cultural, political and geographical point in the 30-year history of the disease.

Some of the posters are provocative, explicit or overtly sexual; others are straightforward, tame -- even prudish. Some rely on shock-and-awe tactics to make a general point; others offer detailed advice for HIV protection. Some, created in the 1980s or '90s, are already very clearly dated; others are triumphs of evergreen design. All offer glimpses of past understandings of the disease, its dangers and its prevalence.

The posters themselves hail from more than a hundred different countries -- translating fears, concerns, misconceptions and public service announcements into languages as familiar as English and Spanish or as exotic as Latvian, Slovakian, Hebrew and Icelandic. What connects them is the wide-ranging interest (and prodigious curiosity) of Atwater himself -- a former professor at the university's medical center -- who donated his collection to the institution several years ago in the hope that its contents would continue to educate viewers about the disease and its history.

Almost 1,500 of Atwater's posters have so far been made available on the university's browsable online database, and more are being added continually. See some of the highlights of the collection in the slide show that follows -- and then head over to the database itself for further browsing.