Jon Stewart and co. extend one of the pundit's controversial statements to its logical extreme 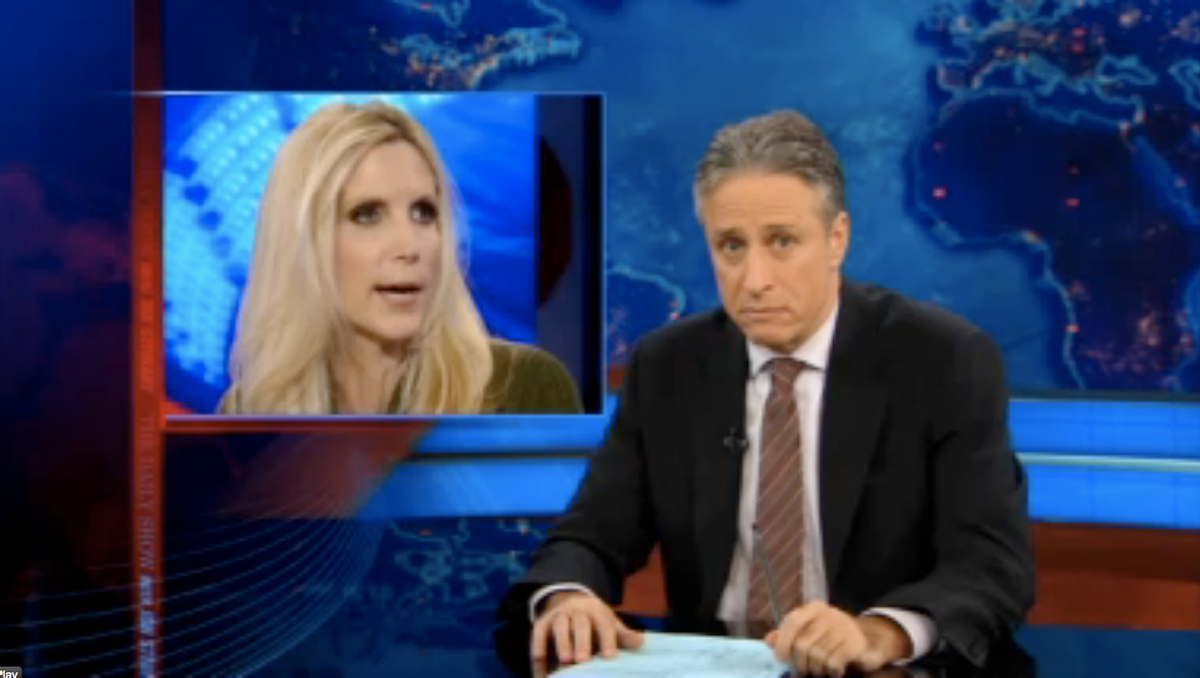 Most by now are probably familiar with Ann Coulter's declaration, when discussing the Herman Cain sexual harassment debacle earlier this week, that "our blacks are so much better than their blacks." Most probably weren't all that shocked to hear this sort of race-baiting from Coulter, who's made a lucrative career dispensing right-wing vitriol. Most probably just ignored her uncouth remarks and moved on.

Still, just in case you were looking for a more complete exegesis of the logic behind Coulter's statement, Jon Stewart, along with his "Daily Show" correspondents, extended the argument to its logical extreme last night.