This is Warsaw, not Hollywood

The LOT Polish Airlines landing was difficult, just not in the way people think 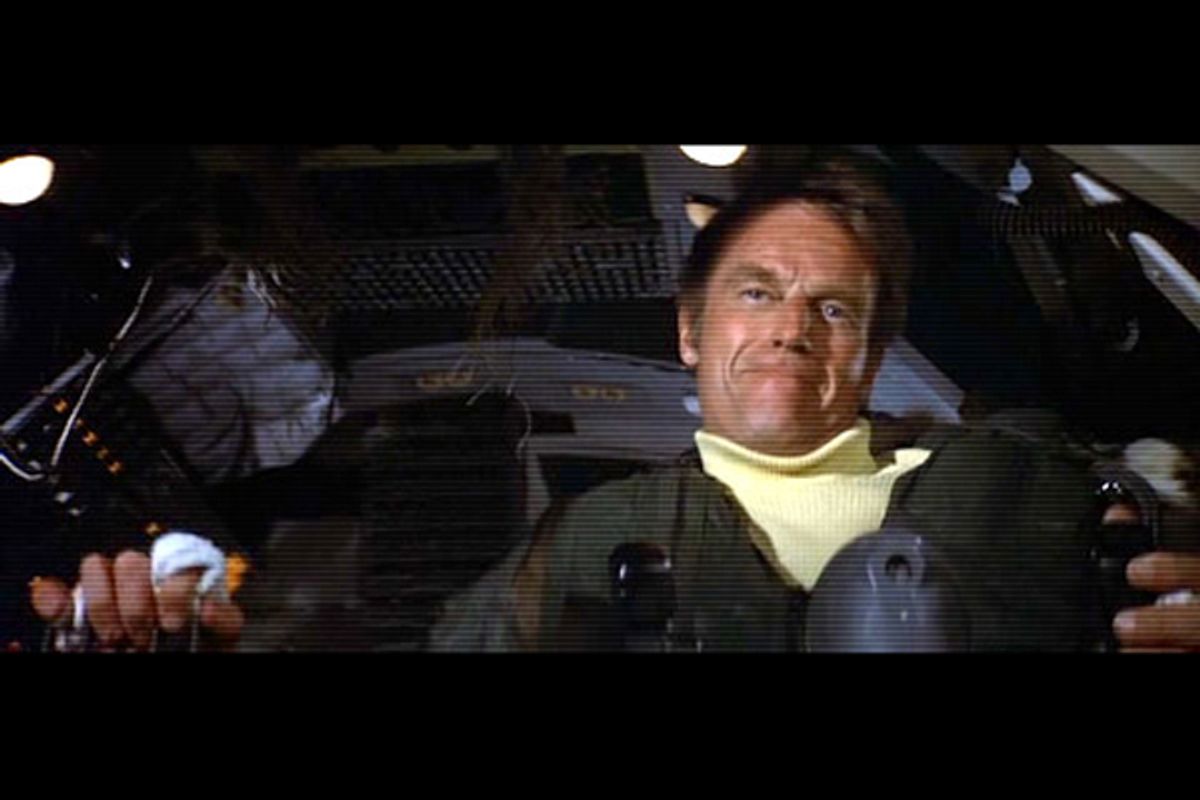 A couple of things in follow-up to Tuesday's LOT Polish Airlines no-wheels landing in Warsaw on Tuesday.

A story on Page One of the Wall Street Journal on Wednesday spoke of pilots being specifically trained for belly landings. I fly Boeing 767s -- the identical model involved in Tuesday's mishap in Warsaw. Since 1990 I have worked for five different airlines large and small. I have never once received any sort of specific, formal training for landing without landing gear.

Not only is the prospect of a belly landing extraordinarily unlikely, but the landing itself would be all but routine. As I wrote the other day, there's no technique to this other than to touch down as slowly and smoothly and with the wings as level as possible -- not much different from a normal landing. Hands-on talents have a role here, but not a big one.

"This required great piloting skill," said Chesley Sullenberger in a CNN interview. What Sully is doing isn't something I should argue with: He's sticking up for pilots. He's doing his bit to encourage respect for the profession. And good for him. But what does he really mean by this?

What pilots are specifically trained to do, of course, is to deal with assorted malfunctions, including landing gear malfunctions, and to manage and prepare for emergencies.

What was truly different about this landing was the preparation that went into it. The coordination between cockpit and cabin crew; the systems troubleshooting and running of different checklists; communicating with air traffic control and company personnel, etc. "Crew resource management," as it's called, is pivotal in an event like this. And there is plenty to manage.

For example: Apparently they were aware of a hydraulics problem from the outset of the flight. Almost right away there were important decisions to make, beginning with the choice of continuing to Europe or turning back to Newark. Crews don't take these matters lightly and will almost always err on the side of caution. The big risk would have been further failures or malfunctions requiring a diversion while over the ocean. They needed to have a firm understanding of what, exactly, was wrong with the aircraft, and needed to be fully comfortable with the legal and practical aspects of continuing. This would involve, among other things, a careful look at the weather, winds and maintenance options at various diversion airports.

Notice I say "they," and not "the pilot," as most of the media has been doing.

There were at least three pilots in the cockpit who knew that plane inside and out. Airline dispatch and maintenance personnel would have been involved in these discussions as well, along with air traffic control. Not to mention the flight attendants, whose job it was to ready the cabin and passengers for an evacuation on the runway -- itself a hazardous operation.

It's easy to romanticize the pilot's role here, envisioning the captain, square-jawed and scowling like Charlton Heston in "Airport 1975," hands tight on the wheel, deftly guiding his jet to a crash landing to the amazement of everybody. The reality in Warsaw wasn't quite the reality of Hollywood or that of most people's imaginations. Sure, it was plenty difficult; perhaps a once-in-a-lifetime challenge for everybody involved. Just not in the ways people think.

Now, the million-dollar question remains: Why didn't the landing gear come down? Even with the failure of the center hydraulic system, as is being reported, the alternate extension system ought to have worked. This, to me, is the most impressive and noteworthy aspect of the whole incident. The hydraulic failure also introduced problems with flap and slat extension, spoiler and stabilizer trim operation, and other issues. One of the plane's three autopilots would have been inoperative. Complications with the flaps and slats entailed a slightly faster approach than normal for their weight, and a slightly different angle coming across the threshold.

None of these things spells catastrophe by any stretch, but there was a lot to oversee and quite a long series of procedures and checklists to take care of, on top of everything else.

You can call the Polish pilots heroes if you want, but understand what the real difficulties were. This wasn't about a landing. It was about managing and coordinating a difficult situation. It was about preparing for that landing.