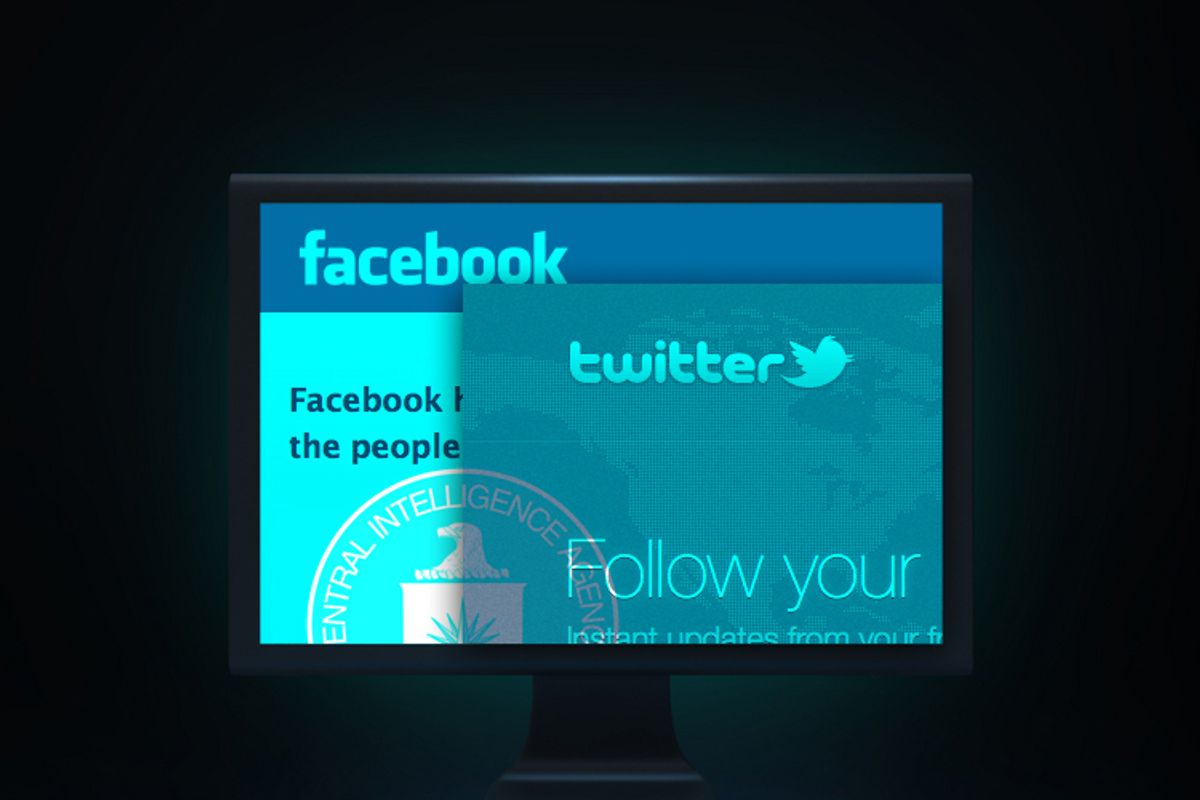 A couple of days ago, the Associated Press reported that the Department of Homeland Security claims not to be "actively monitoring" social media networks like Facebook and Twitter. Lest you worry that status updates that present a threat to national security are going unread, the AP today reports that the Central Intelligence Agency is actively monitoring social media networks.

The story in the earlier article was that our sprawling intelligence and national security apparatus was caught off-guard by social media-fueled uprisings in the Middle East and North Africa, and that they were going to take steps to be better prepared in the future.

DHS Undersecretary Caryn Wagner said the department was still trying to figure out how to use Twitter and Facebook information for law enforcement purposes. And they seem to be starting completely from scratch:

Wagner said the department is establishing guidelines on gleaning information from sites such as Twitter and Facebook for law enforcement purposes. Wagner says those protocols are being developed under strict laws meant to prevent spying on U.S. citizens and protect privacy, including rules dictating the length of time the information can be stored and differences between domestic and international surveillance.

(Hah, "strict laws meant to prevent spying on U.S. citizens.") (Hah also at the idea that the laws would be respected even if they were strict.)

Speaking of international surveillance, there's a government agency that is already on top of this Twitter-monitoring thing. The CIA has "several hundred analysts" (we are not allowed to know precisely how many) reading and translating social media content from all over the globe, for all sorts of reasons. And according to the CIA, these CIA analysts are totally cool, like the goth hacker lady in those books you like:

The most successful analysts, Naquin said, are something like the heroine of the crime novel "The Girl With the Dragon Tattoo," a quirky, irreverent computer hacker who "knows how to find stuff other people don't know exists."

Sure, translating Twitter messages from Urdu in order to gauge anti-American sentiment in Pakistan is basically the same thing as solving mysteries with hacking.

It's not mentioned how the CIA's social media department avoids "monitoring" the Internet behavior of Americans, which would be a violation of the agency's charter. The reason that's not mentioned is probably because they don't avoid it.

What seems likely is that there are multiple government organizations monitoring your social media usage -- the CIA, the FBI, the NSA, the NYPD -- even if they're not coordinating their efforts. And sifting through and analyzing publicly posted information is just one piece of the monitoring. What I'm interested to learn is how much ostensibly "private" information -- like real names and private messages and locations -- these agencies are obtaining, and the means by which they're obtaining it.