Hot chicks of the Gilded Age? 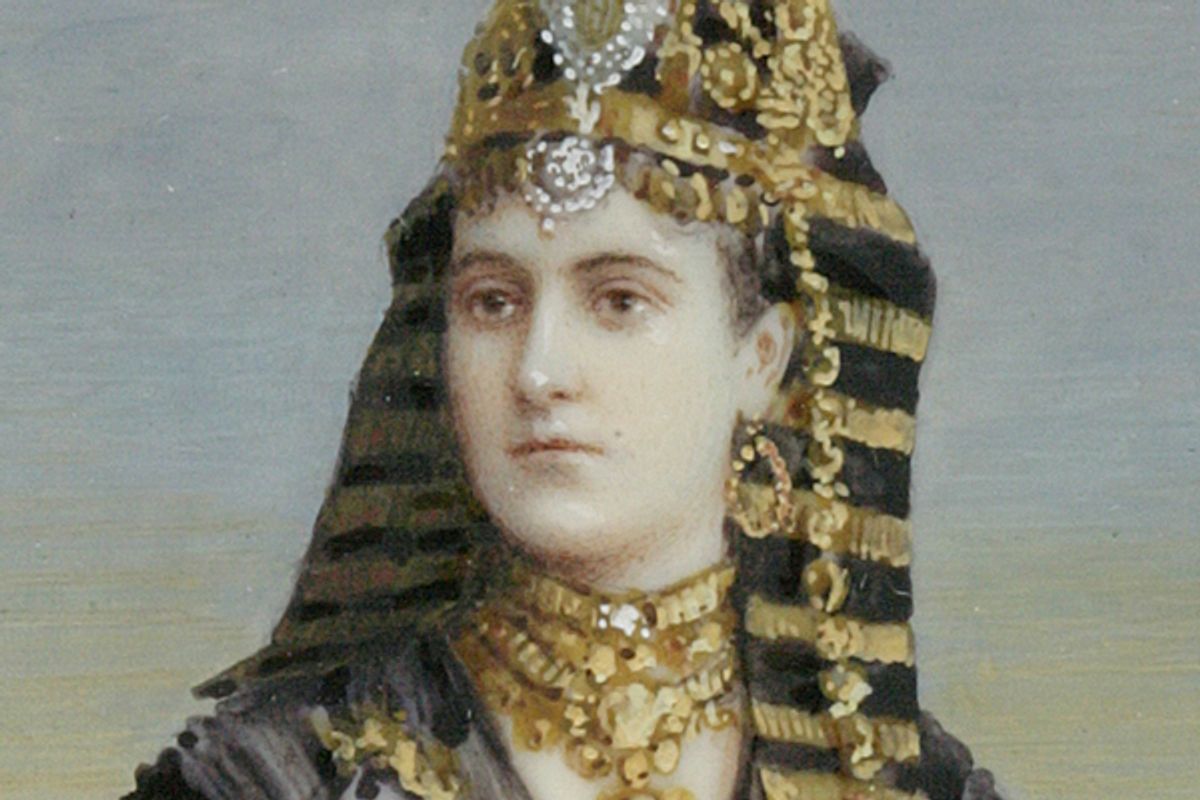 "The committee of the Trustees of the Metropolitan Museum of Art has definitely notified the executors of the estate of the late Peter Marié that his famous collection of miniature portraits of New York women will not be accepted as a gift by the institution."

So began a brief New York Times item published in late February 1903. Why did the Met decide to turn down this "famous" bequest -- a vast collection comprising tiny portraits of society "beauties" such as Emily Post, first lady Frances Cleveland and actress Maude Adams?

"There are two difficulties about the miniatures," Met director Luigi Palma di Cesnola bluntly opined. "In the first place, some of them are not art, and in the second place, they are not, considered as a whole, of the historical value that was claimed for them." ("It was said that the collection was of the most beautiful women in the United States," he added. "That is not true, for beautiful women are not confined to the 'four hundred,' and I could go out on Broadway and find women as beautiful as any in the collection.")

If the images were at all lacking in historical import at the turn of the century, they no longer suffer from any such deficiency. Now, more than a hundred years later -- at a time when the Gilded Age gap between privileged and poor seems especially relevant (Mr. and Mrs. Bradley Martin [Slide 6] would have been prime candidates for Salon's Out of Touch feature) -- these paintings, artistically accomplished or not, are fascinating relics from a former, but not unfamiliar, world.

The New York Historical Society, which has owned the watercolor-and-ivory miniatures since 1905, will put many of them on display in three installments starting Nov. 11. Over the phone this week, curator Margi Hofer told me a little about the collection's history. An edited transcript of our conversation is below; a selection of the miniatures, with explanatory captions, can be found in the following slide show.

First, I have some basic questions. Who was Peter Marié? What were the criteria he used to decide which women were worthy of inclusion in this set of images?

Peter Marié was a member of New York's aristocratic society. He was of French descent, and played that up; he was a very cultured gentleman, and was known for the parties he gave at his home and his art collection. He was also a bachelor.

He never articulated very clearly what the criteria were for his "beauties" collection -- but it's clear that physical looks alone were just part of it. You definitely had to be a respected member of society [to be included]. He wasn't looking at just anyone on the street. Most of the women who make up the collection were from his social circle.

So he had met most or all of them in person?

The implication is that he knew all of them -- although one of the portraits that we have in this first round is of the actress Maude Adams, who was notoriously reclusive; it makes me wonder whether he actually met her or just saw her on the stage and had the portrait done from a publicity photograph.

I suspect most of these women he knew and specifically asked for a photograph -- or asked them to sit for the portrait.

So they were all aware that they would be depicted as part of the series.

Oh, yeah. I think it was a real badge of honor for these women to be approached by Marié and to be added to the collection; it wasn't like they would just find out after the fact. It all seems a little sleazy today, from our perspective -- but there's a wonderful quote in Eleanor Roosevelt's autobiography, where she talks about her mother [Slide 5] being selected as one of Marié's "beauties." She says that to her mother, this was really important.

When someone recently created a blog called Hot Chicks of Occupy Wall Street -- publishing images and videos of attractive women from the New York Occupy movement online -- many female readers and viewers took umbrage. Was there any kind of public backlash to Marié's project?

No, on the contrary. I think people found it fascinating, and because of all the individuals involved -- both Marié and the sitters -- I think no one dared criticize.

The only real scandal, if you could call it that, was after Marié's death, when he bequeathed the whole collection to the Metropolitan Museum. At that time, they had a very outspoken director -- Luigi Cesnola -- who refused the gift on two grounds. One was that the miniatures weren't truly artistic because many of them were based on photographs; the other was that they didn't really represent the beauties of New York. He's quoted as saying, "I could go out on Broadway and find women as beautiful as any in the collection." I think what he's really saying is, these are just your society, your friends -- this isn't a true cross-representation of New York society.

So do you disagree with the Met's take? Are the miniatures art? And has their historical significance appreciated over the past century?

Yes. I think, given the passage of time, these have stood the test -- and I think our understanding of art is a little more forgiving these days. At the turn of the century, even American artists were having trouble getting recognition, just because they weren't trained in Paris or Rome. There was a lot of snobbery. But these portraits are incredibly well-executed, and it's a fact that many accomplished painters relied on photographs for assistance. So while they can't be praised for the genius of the pose or the original conception, they're still very skillfully executed. It'll be interesting to see what kind of reaction we get.

They do vary in quality -- some of them, you look at the miniature itself and it's an exquisite work of art; some to our eye today look a little garish. Many of these sitters are in costume-ball attire. So when you look at the miniature and see someone who's dressed like Marie Antoinette ... [it] can come across as kind of strange. But once you put them in context, you realize that they're really pretty rich and wonderful.

They have been shown in a museum context many times in between 1905 and today; a dozen or so were in an exhibition in Germany about three years ago on society portraits of the Gilded Age, which also included works of John Singer Sargent and many recognized painters.

Finally, a number of these images were created by female artists. Is it at all unusual, given the time period, that women were commissioned to paint these miniatures?

There were many women artists during this period, as it was considered a respectable career for young women, and there were numerous schools, like the Art Students League, where women could learn to paint. Miniature painting required an unusually high degree of dexterity, and women were believed (right or wrong) to have more nimble fingers than men. Women seem to have been drawn to miniature painting as a more feminine art, in the same way that they often specialized in portraits of children. The American Society of Miniature Painters, organized in New York in 1899, had more or less equal membership among men and women.

"Beauties of the Gilded Age: Peter Marié's Miniatures of Society" will be on display at the New-York Historical Society from Nov. 11, 2011 through Nov. 11, 2012, in three four-month installments.