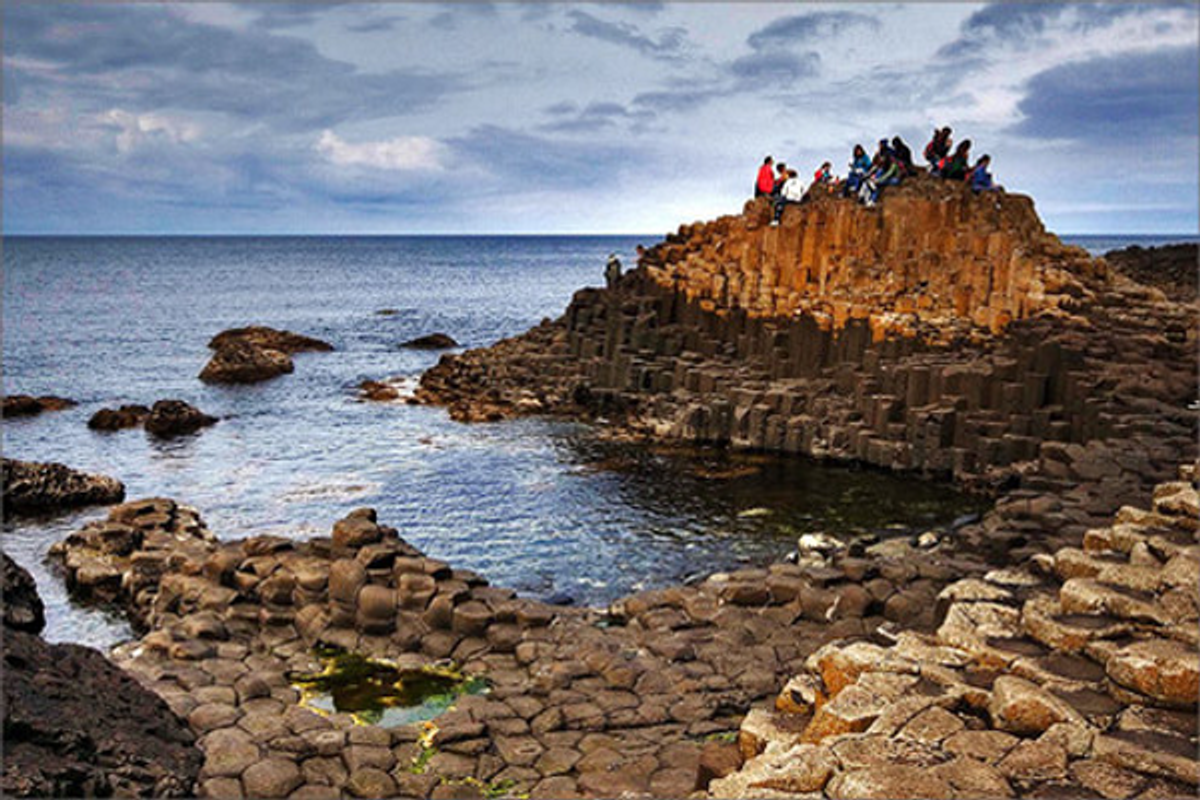 A note about Trazzler's slide shows: We don't do top-tens or best-of lists. Nor are we so morbid or presumptuous as to tell you where you must go before you die. The world is far too big and fascinating to encapsulate in any kind of definitive list. We simply chose the places that our writers have contributed that make us think, laugh and dream about our next adventure. Are we missing a place that you love? Visit us at trazzler.com and click "write a trip" to add it.

Before science became humanity's preferred method for understanding the natural world, myth and geology went hand in hand. Anyone who travels a bit is sure to run across local legends that strive to explain odd natural phenomena in fictional terms. Every single culture around the world tells these kinds of stories. There's the Chimera of Turkey (methane gas vents in the side of a mountain rendered by Homer as a fire-breathing "lion-fronted, snake behind, goat in the middle" creature); the fire-belching goddess Pele living in Hawaii's Kilauea crater; or the story of a pair of mountains that split due to irreconcilable differences (Mount Rainier took off in the heat of an argument packing up all the prettiest wildflowers).

Now that we have some grip on the basic laws of nature, even scientists are taking a closer look at legends as a serious source of information on real natural events: comets, volcanic eruptions, tsunamis, earthquakes and weather patterns. Disciplinary mashups like archaeoastronomy and geomythology have emerged to try to retrieve buried, culturally encoded information from fictionalized oral traditions. As Einstein stated again and again, imagination is, after all, at the center of scientific exploration. The creative capacity of storytellers to use their topographical surroundings to explain and entertain is boundless -- and although the stories produced are radically different, the urge to tell them is a cultural constant across civilizations. These 12 legendary places run the gamut from a spider lady's desert platform for yarn-bombing the universe to a giant's stepping stones across the cold Atlantic to an island formed from the scaly remains of squabbling dragons.

Have you come across any good legends about geological anomalies in your travels? Share them with us in the comments. Find more legendary places on Trazzler.