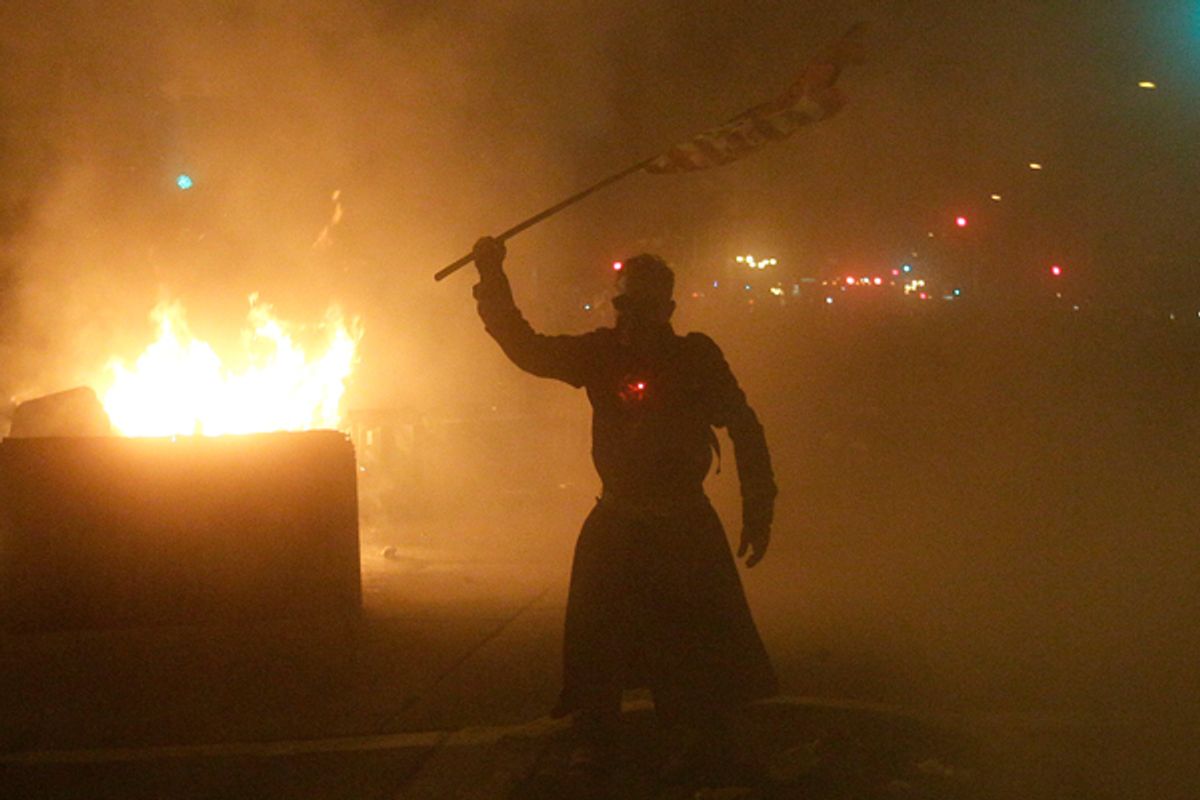 This video from CBS, which shows "black bloc" agitators in Oakland last week tussling with nonviolent Occupy protesters, seems like it should be getting more attention:

Remember, a small group of roughly 100 people produced the scenes of burning trash and broken windows that the media seized on to represent the big demonstration and strike in Oakland last week. That's despite the fact that the majority of the demonstrators -- including some of those seen in the video above -- are committed to nonviolence.

This is the second video I've seen from Oakland in which members of the young, masked "black bloc" crowd attack Occupy protesters trying to prevent property destruction. See this video, particularly around the 1:20 mark:

The takeaway here is that any discussion of violence or property destruction in the context of Occupy protests must recognize the fact that those pursuing these tactics -- at least in Oakland last week -- also appeared willing to turn on their fellow demonstrators.